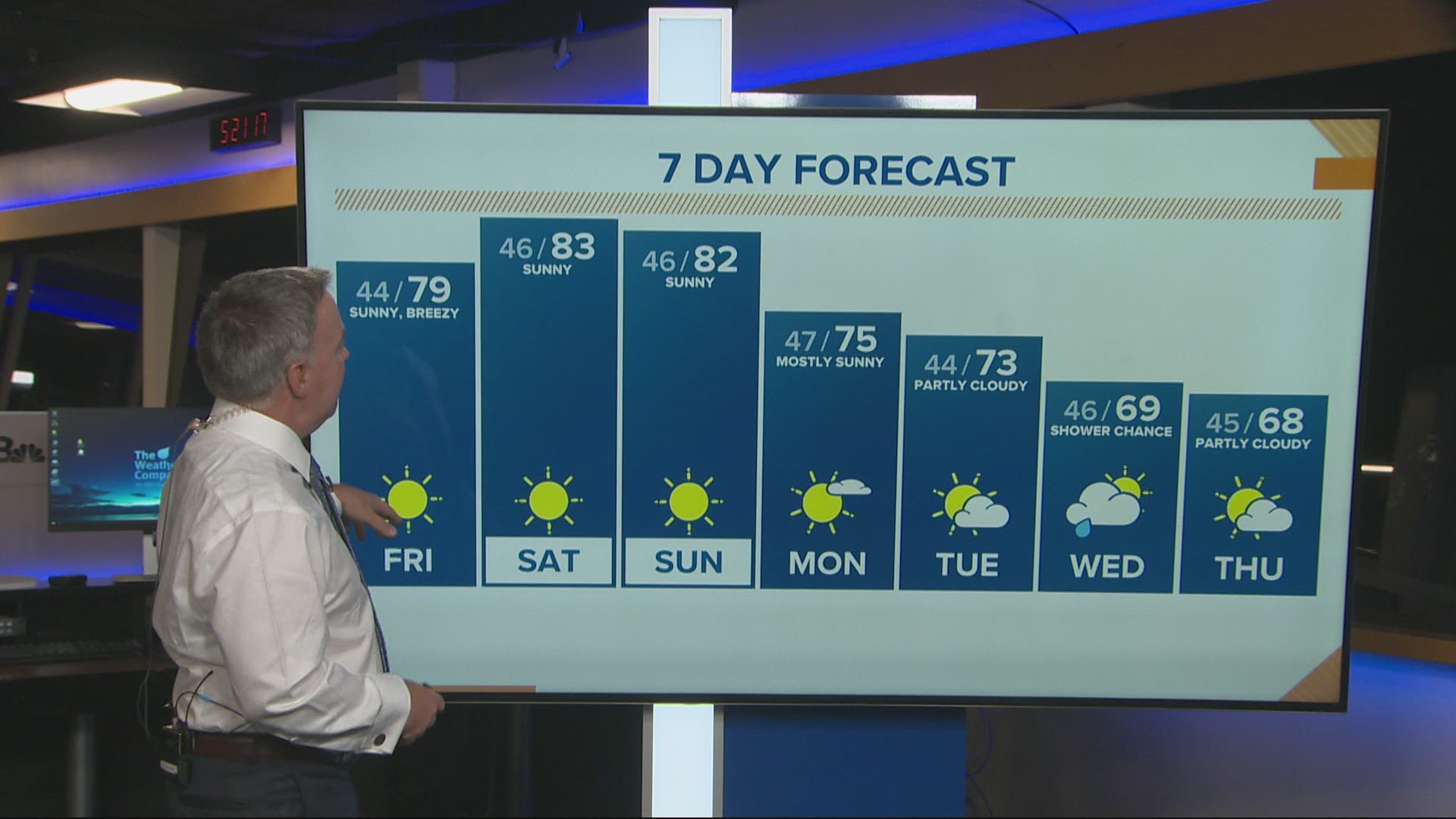 Thursday was Portland’s warmest day of the year so far, as the temperature pushed to 76-degrees. That’s 15 degrees above average and 6 degrees below the record high for the date.

Today will be warmer, and windier as east winds return, blowing to 25 mph in the valley and closer to 40 near the gorge. The stronger winds and lowering humidity combine with higher temperatures to produce high fire danger. A Red Flag Warning is in effect today and Saturday for much of western Oregon.

This is very early in the year for such a warning. Avoid starting fires if possible. Several county burn bans are in effect through the weekend.

Weekend temps will be in the 80s for Portland and Salem.  East winds will fade a bit Saturday and turn to the west Sunday.

As we head into next week, temperatures begin to cool as marine air starts a gradual return inland. A slight shower chance is in my forecast mid-week.  At this point, no promise of soaking rainfall in the forecast.