CLEVELAND — A dry start is expected for your Saturday morning as high pressure builds in and then exits just as quickly. Clouds will thicken out ahead of a quick-moving clipper system that will spread snow over the area later today. With temps hovering in the mid 30s, we could see pockets of rain mixing in as well, especially further to the south.

This snow will be moving through that state up north today as well bringing some snow to the Ohio State game:

Snow showers will likely back off tonight with just drizzle, flurries, and areas of freezing drizzle possible. Temps will remain steady in and around 30.

The back side of this storm system moves in Sunday with additional snow showers developing. These snow showers will turn to lake effect snow showers later in the day and continue into Sunday night and early Monday. A few additional inches of snow are possible, especially in the snowbelt of Lake, Geauga, and Ashtabula counties.

For more details on the extended forecast, see the latest video forecast above.

SUBSCRIBE: Get the day's top headlines sent to your inbox each weekday morning with the free 3News to GO! newsletter

►ENVIRONMENT NEWS | Find out more about the world around us 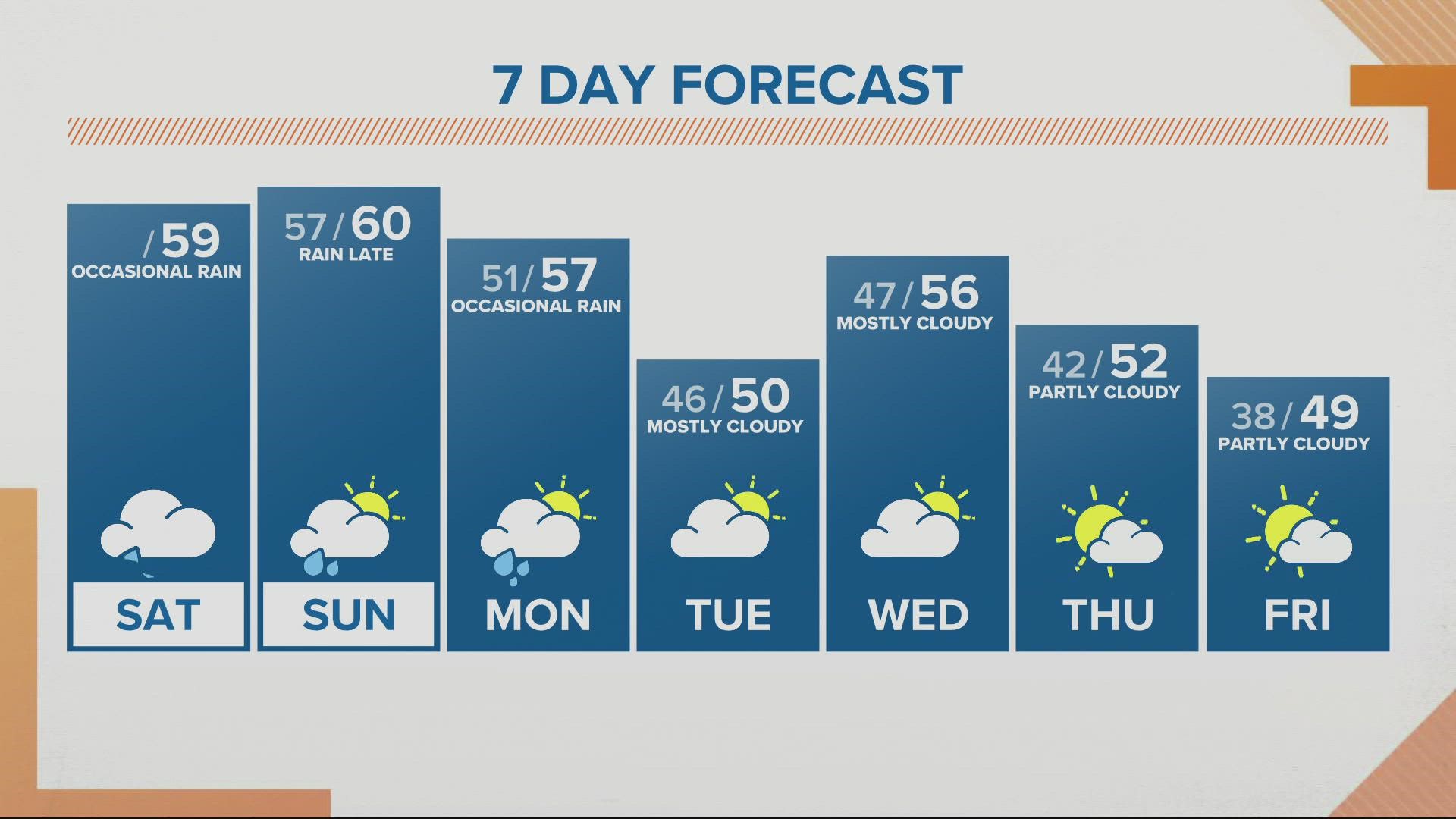