What to have in your earthquake emergency preparedness kit

An emergency preparedness expert explains what you need in your emergency kit, so you’re prepared for when “The Big One” hits. 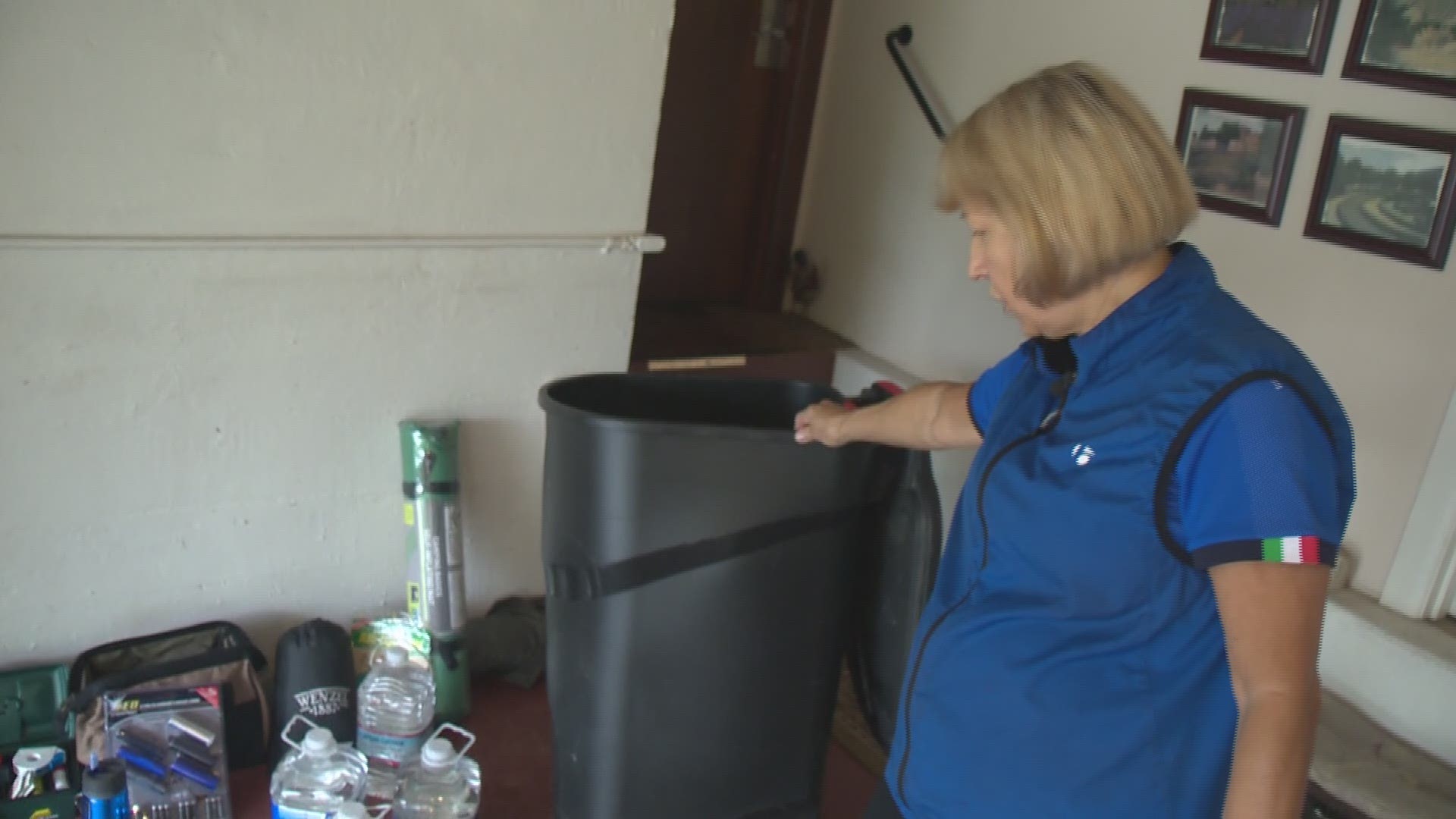 PORTLAND, Ore. — In the days since the California earthquakes a lot of people have been thinking about what they would do if a major quake struck here.

But one Portland woman has been preparing for a such an event since the 1990s. Betsy Shand is the co-author of two books on how to survive a natural disaster.

All you have to do is take one look around her Southwest Portland garage and you'll see just how prepared she is.

She is prepared to live without drinking water, electricity, or even a roof over her head in the event of a natural disaster.

Shand's first book came out in 1995, two years after the Spring Break Quake which rattled not only homes and buildings in our area but also a lot of nerves.

"We sold out of Surviving Natural Disasters, the first book, in 1995 in less than two months nationwide," she said.

So, what does this preparedness expert say we should all do?

First, we should at least start on an emergency kit. Make it as easy as possible. Buy one thing at a time when you go to the store.

But she said perhaps the most important thing we can do to prepare for a big earthquake is to know where to go in our neighborhoods.

"Know where your designated staging area is in the event of a disaster and you’re not able to stay in your home… you need to go somewhere," she said.

RELATED: Quake expert describes what the 'Big One' would feel like in Oregon

And it's up to us to learn it.

"It isn't going to work if you're not prepared," Shand said. "We say... being prepared four years early is better than being prepared two seconds too late."