'We start from the bottom and go up': A look inside a major seismic retrofit

The city of Portland said any plan requiring seismic upgrades on old brick buildings is at least a year out. 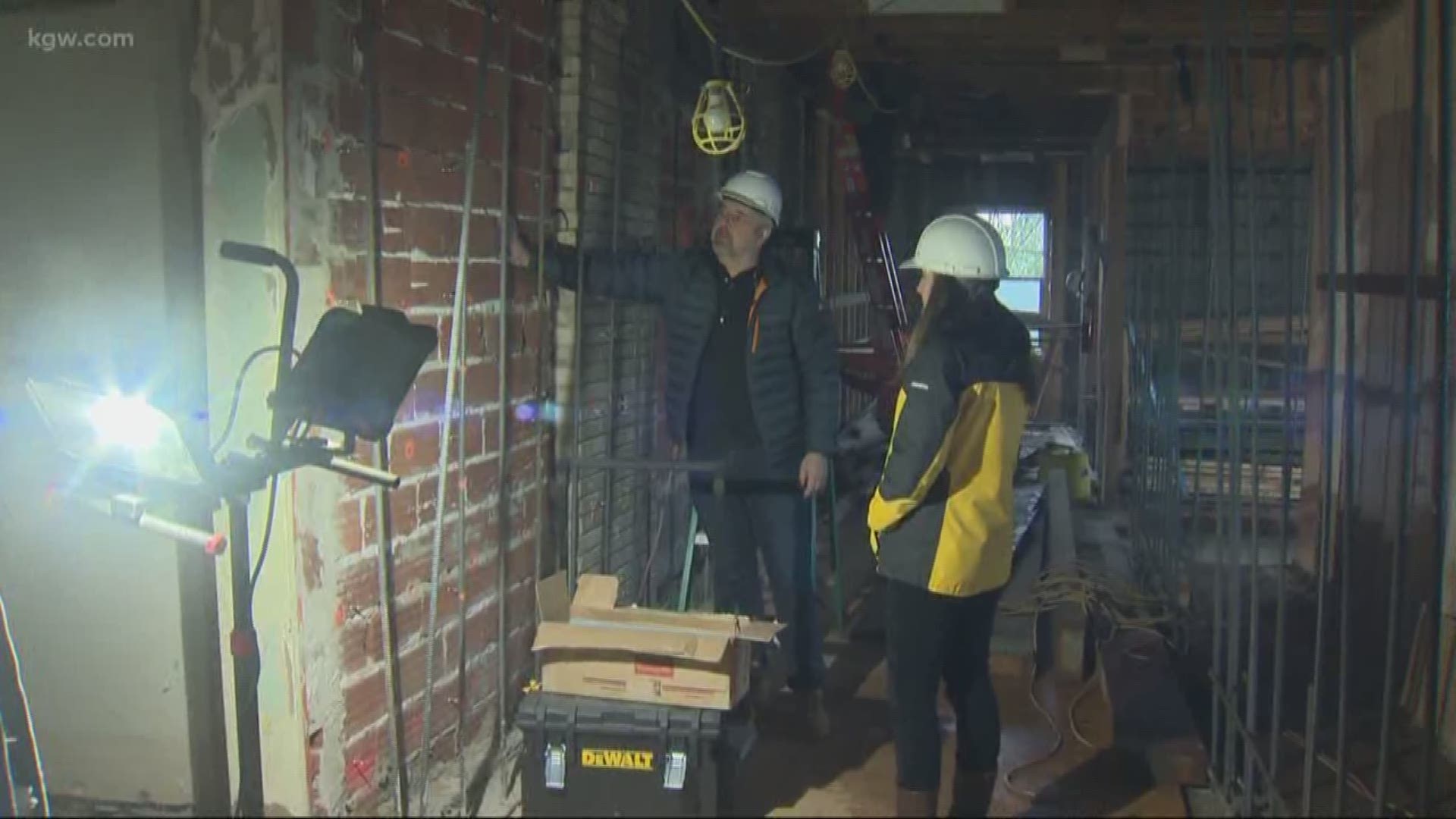 PORTLAND, Ore. — There are more than 1600 old brick buildings in Portland at serious risk of crumbling in the event of a major earthquake.

The city is considering a requirement that all those buildings be seismically upgraded.

It would be, by no means, an easy task.

Depending on the scale of fixes, some retrofitting jobs could cost millions of dollars.

But even for the smaller buildings, some owners worry the cost to seismically upgrade would be too high.

We saw first-hand just what goes into to making an old un-reinforced brick building strong enough to be able to withstand a major earthquake, the kind of mega-quake scientists say could strike the Pacific Northwest really at any time now.

Using a maze of rebar and concrete they are building massive more-than-a-foot-wide walls inside the existing walls of the building.

The new walls are fastened to the old walls so that when the ground starts shaking those now reinforced walls will stay standing and those inside will stay safe.

Valik is concerned that if the city passes an ordinance mandating all old brick building owners to do this kind of work, there will be a lot of them that won't be able to afford it.

The city of Portland said any plan requiring seismic upgrades on old brick buildings is at least a year out.

In the meantime, it is looking at options to help building owners pay for the seismic upgrades.

"It could include tax incentives, it could include a revolving loan fund, there are a whole bunch of different options but we need to come up with options before we put a mandate on the books," Portland Bureau of Emergency Management spokesman Dan Douthit said.