VERIFY: Does Oregon have an earthquake ShakeAlert system?

ShakeAlert technology is live in Oregon, but is only available right now to institutional users, like school districts and utility companies. 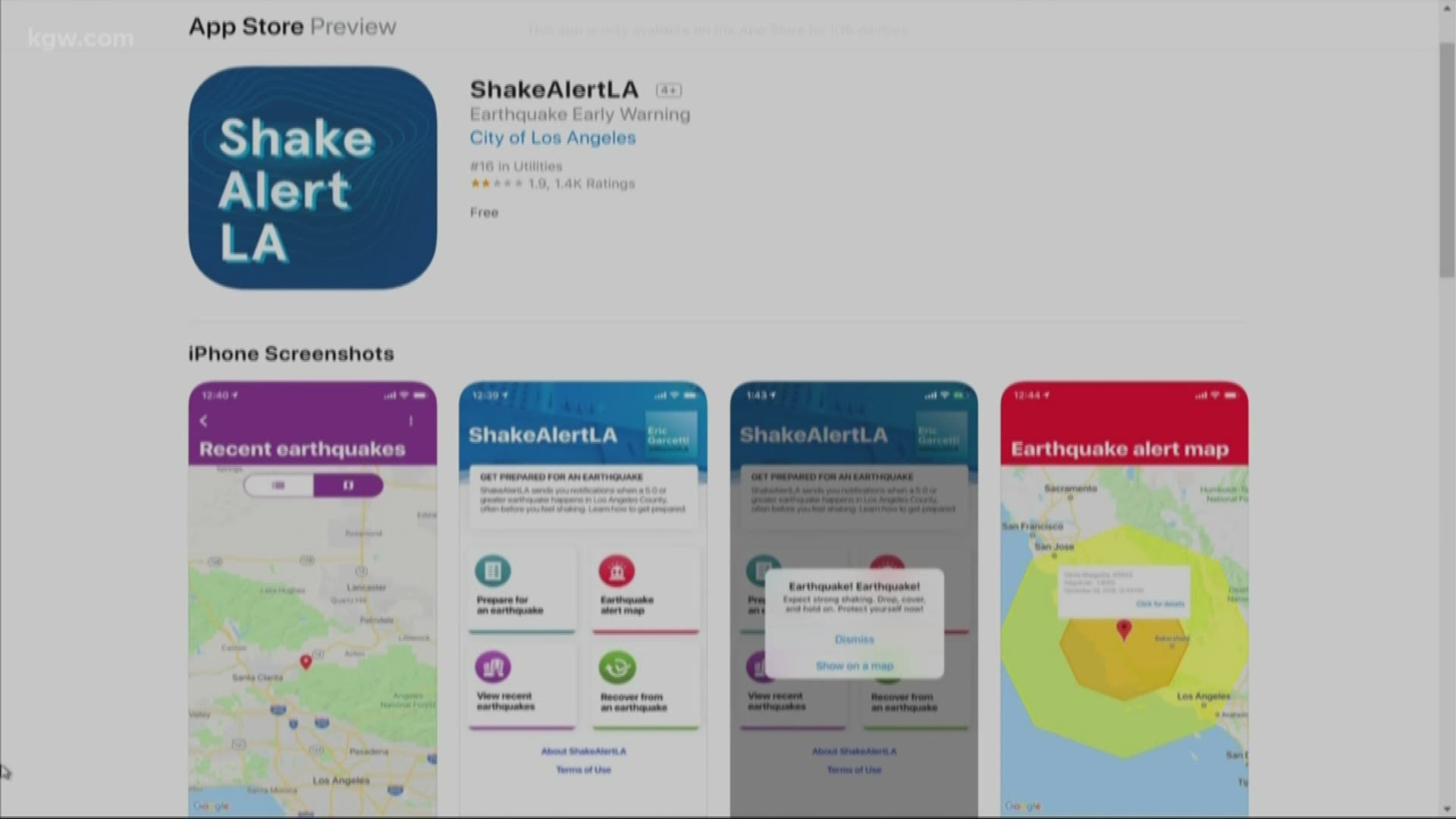 PORTLAND, Ore. — Earthquakes in California have reasonably spurred a wave of panic among West Coast residents, whose lives could be upended by devastating earthquakes.

Los Angeles residents have had access to an app called ShakeAlertLA, which is meant to warn residents of an impending earthquake with shocks greater than 5 magnitudes. A similar app is in the works for the Bay Area.

Back here in Oregon, where "The Big One" looms large in our minds, we wanted to Verify: Does Oregon have a ShakeAlert system?

RELATED: More than 30 small earthquakes have occurred at Mount Hood since Monday

The answer is a bit complicated, according to Leland O'Driscoll, an Oregon-based ShakeAlert project manager and professor at the University of Oregon.

ShakeAlert is a warning system developed by the U.S. Geological Survey featuring thousands of sensors stretching from Mexico to Canada. It monitors weaker seismic waves called p-waves that could warn us before the arrival of much stronger, more destructive s-waves.

This means Oregonians could have a 2-minute heads up ahead of "The Big One."

The ShakeAlert technology is live in Oregon, but is only available right now to institutional users, like school districts and utility companies.

In order for the ShakeAlert app to launch in Oregon, we need to have 75% of the 238 sensors statewide fully functioning.

As of August 2019, we will have 125 statewide sensors, with more set to be installed next year.

Further development of ShakeAlert, as well as ALERTWildfire, was stalled after the Oregon Legislature failed to pass a bill that would have brought approximately $12 million to both programs over four years.

But don't fret -- a solution is not too far in the future.

O'Driscoll hopes a 2-year federal grant totaling about $3 million will lead to the system fully functioning by 2022.

ShakeAlert plans to lobby Oregon lawmakers for more funding during the February 2020 session.

We can Verify: Yes, Oregon has a ShakeAlert system, but it's not available to the public.

So what can you do in the meantime?

Download the American Red Cross' Earthquake app. It not only notifies you when an earthquake occurs, but it has a host of resources on how to prepare your family prior to an earthquake, and can also be used to notify your friends and family you're safe after an earthquake.

Do you have something you'd like us to VERIFY? Email Verify@KGW.com.