Simulation shows Burnside Bridge collapsing when ‘The Big One' hits

PORTLAND, Ore. – Multnomah County has released a new simulation of what a magnitude 8 or stronger earthquake would do to the Burnside Bridge. 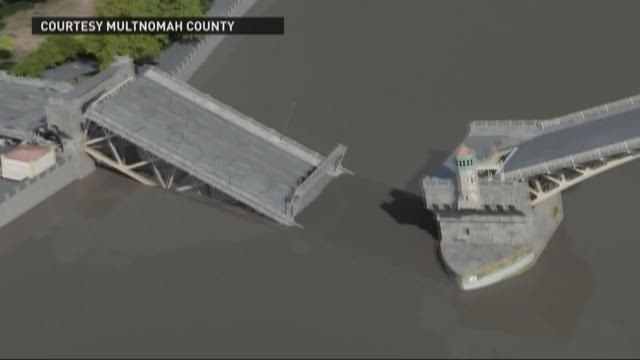 PORTLAND, Ore. – Multnomah County has released a new simulation of what a magnitude 8 or stronger earthquake would likely do to the Burnside Bridge.

And in short, the bridge, which the county says has been identified as a regional emergency transportation route in the event of a major earthquake, won’t stand a chance.

The county released the video as part of a study to figure out what it will take to ensure the bridge can survive a catastrophic earthquake.

“The existing Burnside Bridge…is highly vulnerable to earthquake damage and not expected to be operational after a CSZ [Cascadia Subduction Zone] event,” the county says on its website.

Engineers say that first, concrete columns on the west end will crumble. Then, the shoreline pier will crack and sink.

Parts of the bridge would likely fall into the water, blocking river traffic in the Willamette River.

The earthquake would also break the locks that connect the lifting portions of the bridge, before they also drop into the river.

On the shore, the bridge could also crumble on top of Naito Parkway, Interstate 5 and Interstate 84.

You can take a survey to let Multnomah County know what you think should be considered as they look into options for making the Burnside Bridge earthquake ready.