Another magnitude 3 earthquake shakes about 30 miles east of Seattle

More shaking was felt near Fall City hours after a magnitude 3.4 earthquake. 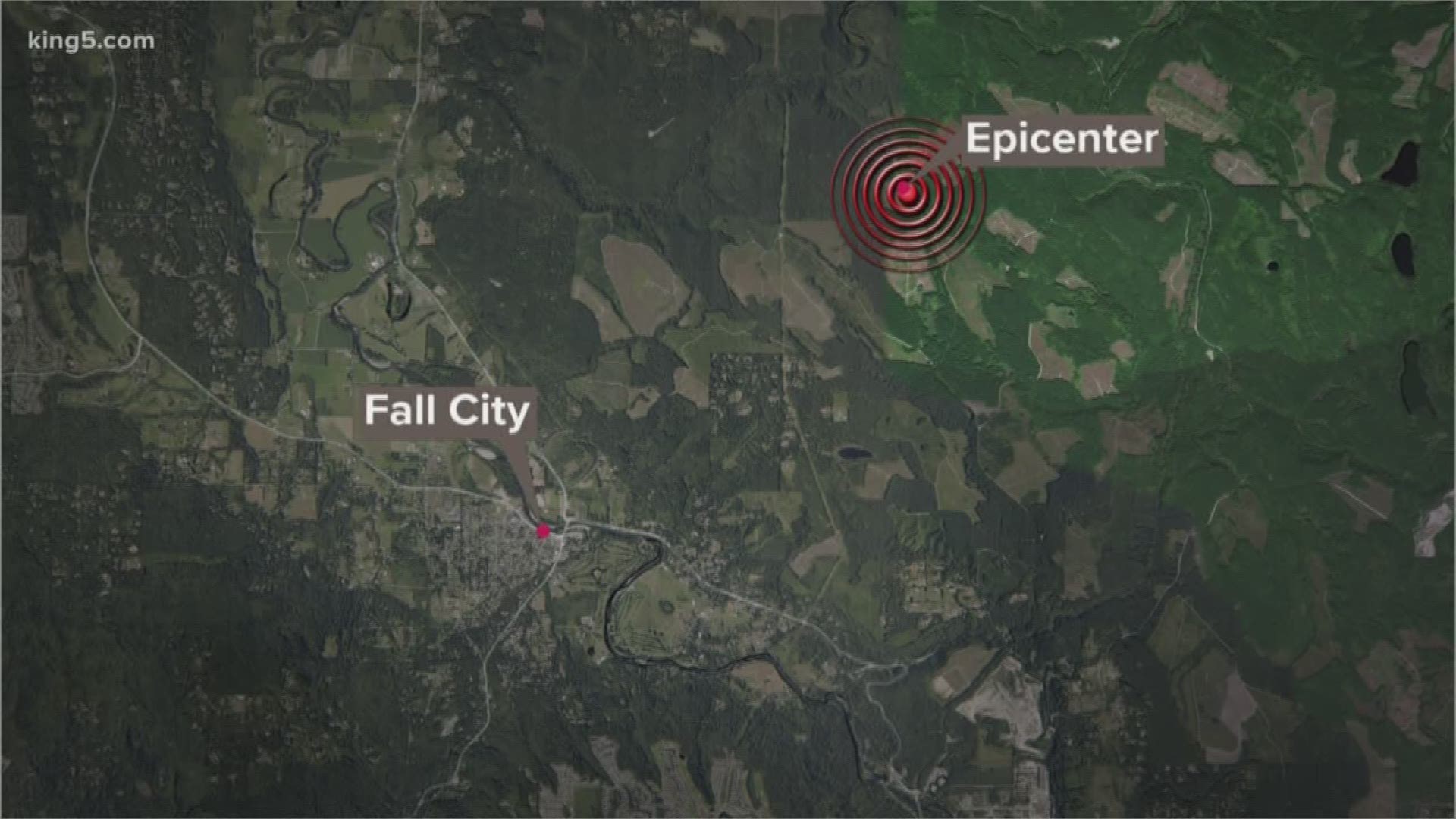 A magnitude 3 earthquake was recorded about 3.6 miles from Fall City around 4:40 a.m., according to the U.S. Geological Survey.

RELATED: How to prepare for a major Pacific Northwest disaster

There were at least four other aftershocks between Wednesday night and Thursday morning in the same area:

These earthquakes come about a month after clusters of nine earthquakes struck the region from Camano Island to Fall City. Those earthquakes happened in an area where the Seattle Fault, South Whidbey Fault, and Rattlesnake Mountain Fault Zone come together.