Jessica Gonzalez from Tillamook was vacationing in Anaheim when she suddenly felt like she being rocked back and forth. 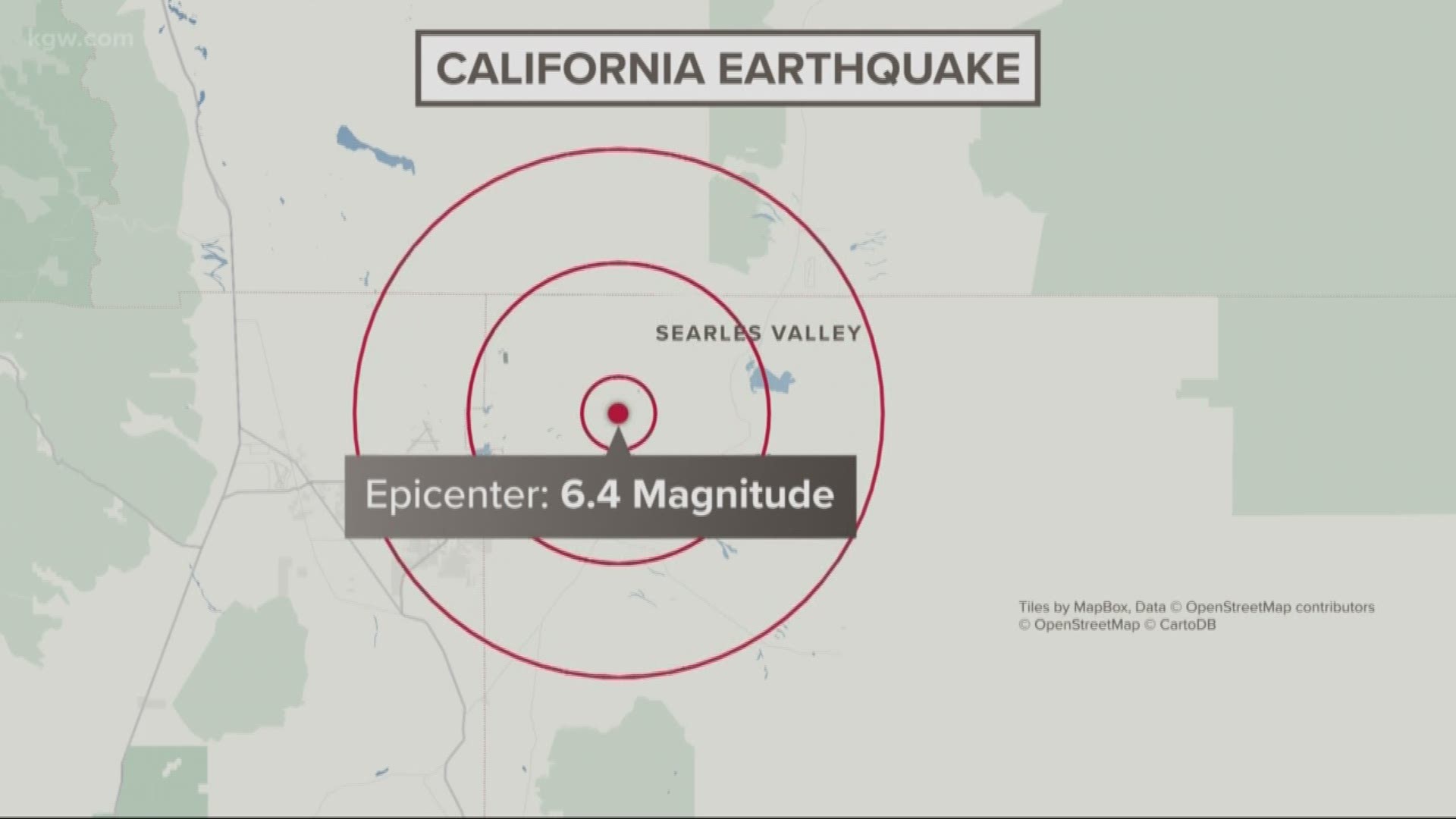 PORTLAND, Ore. — A few families from Oregon were in Southern California when the region was shook by a magnitude 6.4 earthquake Thursday morning.

Jessica Gonzalez and her family, from Tillamook, are vacationing in Anaheim to visit Disneyland and Universal Studios. They were in their hotel room when they experienced a different kind of ride.

“It felt to me like I was sort of being rocked, like a mom rocks a baby back and forth,” Gonzalez said. “More like rolling, not like jolting. I wasn’t sitting there being jolted back and forth. It was very soft.”

But the quake was strong enough that Gonzalez could see the curtains and light fixture swaying.

The quake lasted about 30 seconds, Gonzalez said. By the time she realized what was going on, it was over.

“My husband has experienced a couple but I have never, so it was a little eerie,” Gonzalez said. “Then, afterwards you’re sitting there like, is something else going to happen?”

Janet Leek, from Corvallis, was taking pictures of her grandchildren at a Fourth of July parade in Orange County when the earthquake occurred.

“My legs just started to wobble and I thought something was wrong with me,” Leek said. “But then, after what seemed like a long time, I realized the ground was moving.”

Leek’s daughter, Niki, said some people didn’t even feel it.

“We were starting in parade, so there was kind of chaos anyway,” she said. “So, people were kind of like, did you know we had an earthquake?”

The earthquake was the strongest to hit Southern California in two decades. At least two dozen incidents, from medical emergencies to fires, were reported near the epicenter.

RELATED: What will 'The Big One' feel like? OMSI simulator lets you feel magnitude 9 earthquake