The Cascadia Subduction Zone could produce the largest earthquake the west coast has seen in decades. The last time it went off was nearly 320 years ago. 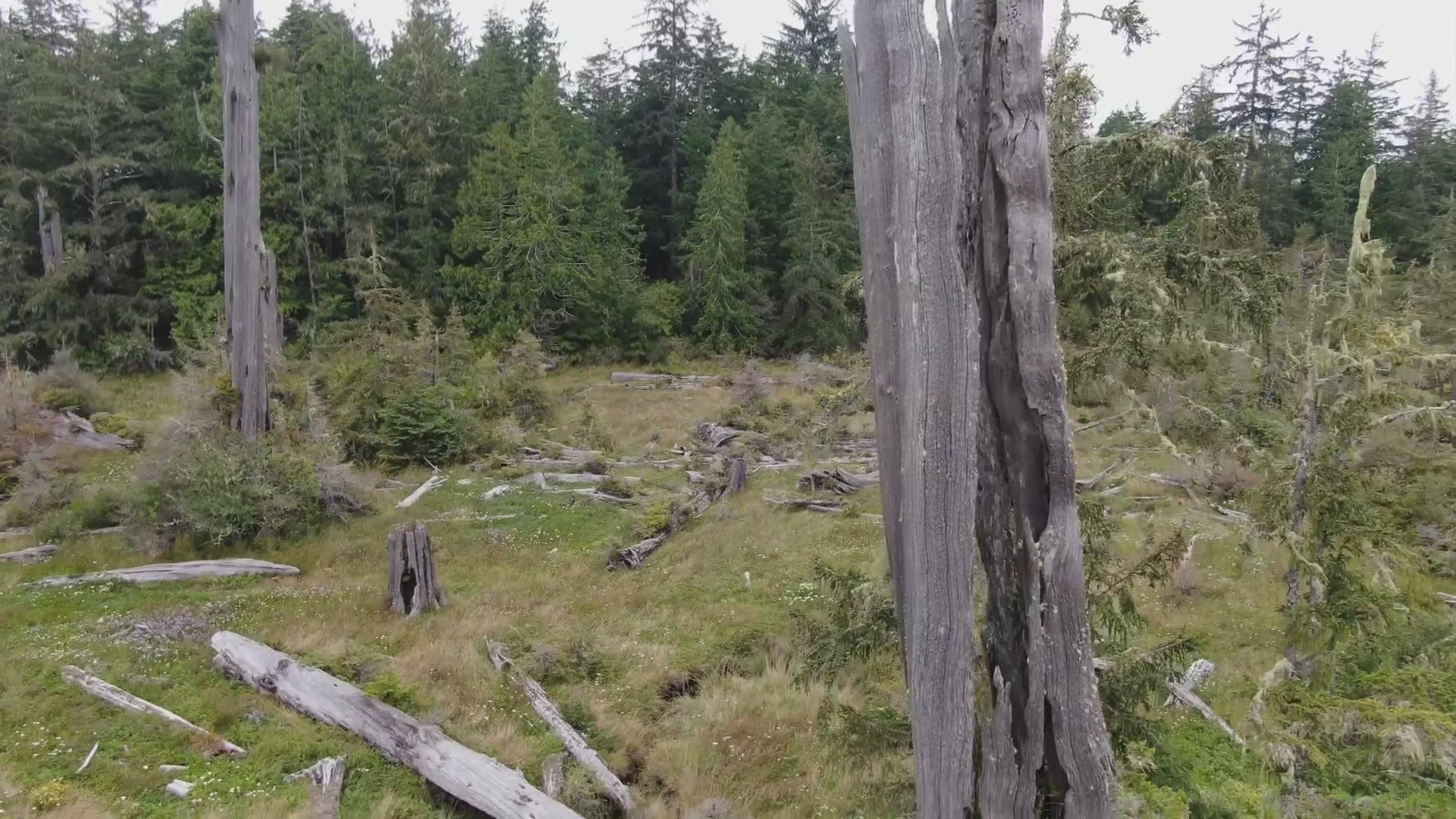 COPALIS BEACH, Wash. — The origin of what is feared could be the largest natural disaster in United States history lies in wait off the coast of the Pacific Northwest.

Scientists say a great earthquake – a magnitude 9 – could potentially strike at any time. The earthquake would follow the Cascadia Subduction Zone, a 600-plus-mile underwater fault running from off Cape Mendocino, Calif. past Oregon, Washington, and British Columbia.

The quake would also trigger a tsunami – a mirror image of the March 2011 magnitude 9 earthquake and tsunami in northeastern Japan that left nearly 16,000 dead and missing. 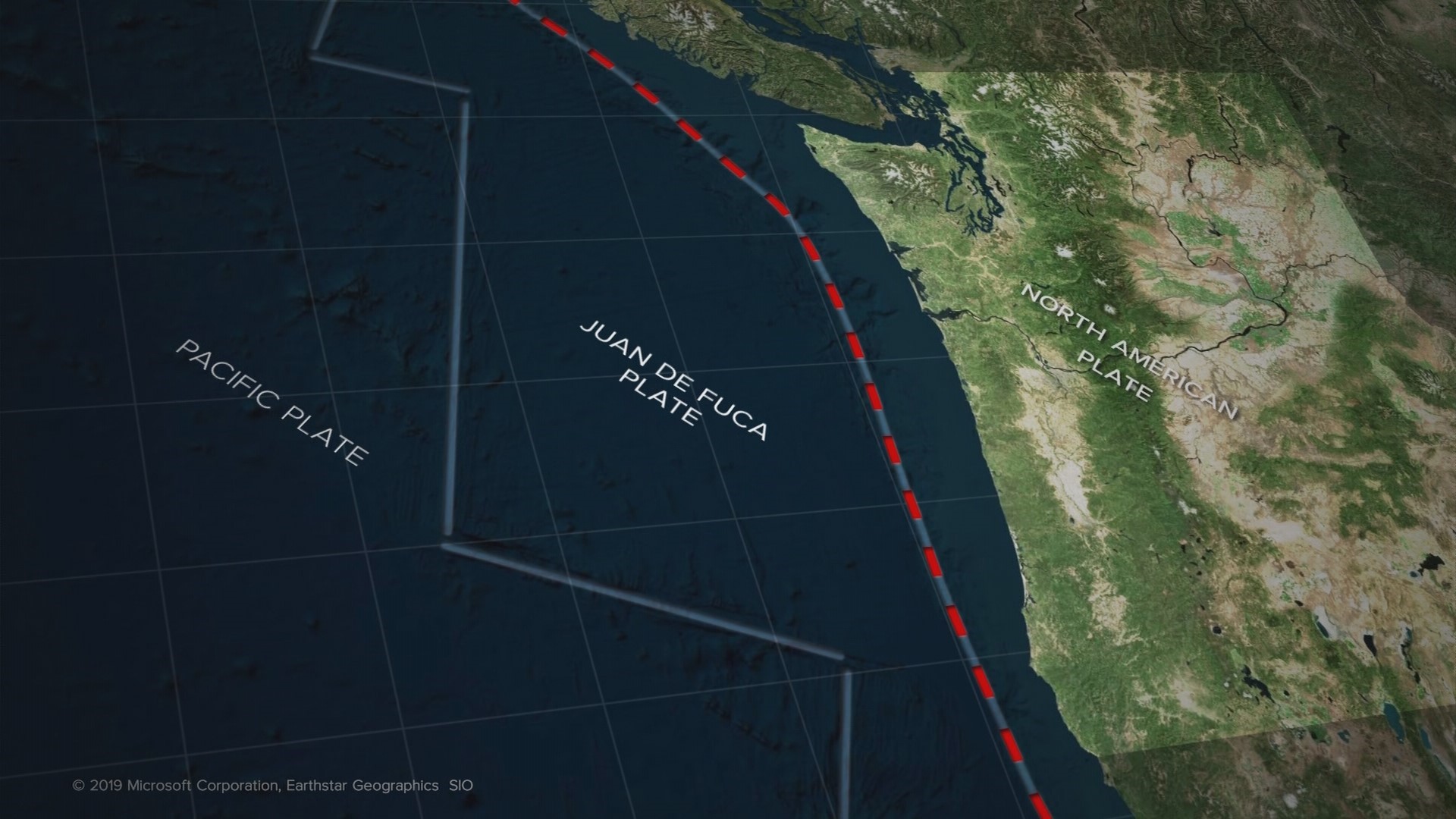 Why such a precise estimate from three centuries ago?

First, scientists measured tree rings near the Washington and Oregon coasts from multiple “ghost forests,” which are areas of dead trees that have been invaded by saltwater. Tree rings vary by season and conditions, such as dry years and wetter years. In correlating rings from surviving trees, it appears the trees killed by the quake were alive in 1699 but not 1700.

The specific hour was determined with the help of another tsunami that struck Japan at a similar time. Japan was hit with a tsunami seemingly out of the blue. It was called the “orphan tsunami,” because it was not associated with any earthquake activity in Japan. Scientists took the recorded time of the orphan tsunami and backtracked it by the 500 miles per hour of tsunami energy it takes to cross an ocean to calculate when it began.

A quake would have shaken the trees, but why did these die?

Scientists say the trees were killed when the land they were growing on suddenly dropped between six and eight feet, turning the land into a salt marsh. Coniferous trees can’t live in salt water.

Until the quake, the land was barely above sea level, but it was rising. The trees were able to grow on that slowly rising land for several centuries until the quake released pressure. The land dropped as pressure building between the North American tectonic plate and the Juan de Fuca plate, which was being forced under it, unlocked. The earthquake was released, relaxing centuries of built up tension. It lowered the outer coast, and also allowed it to move west, beginning the next cycle. 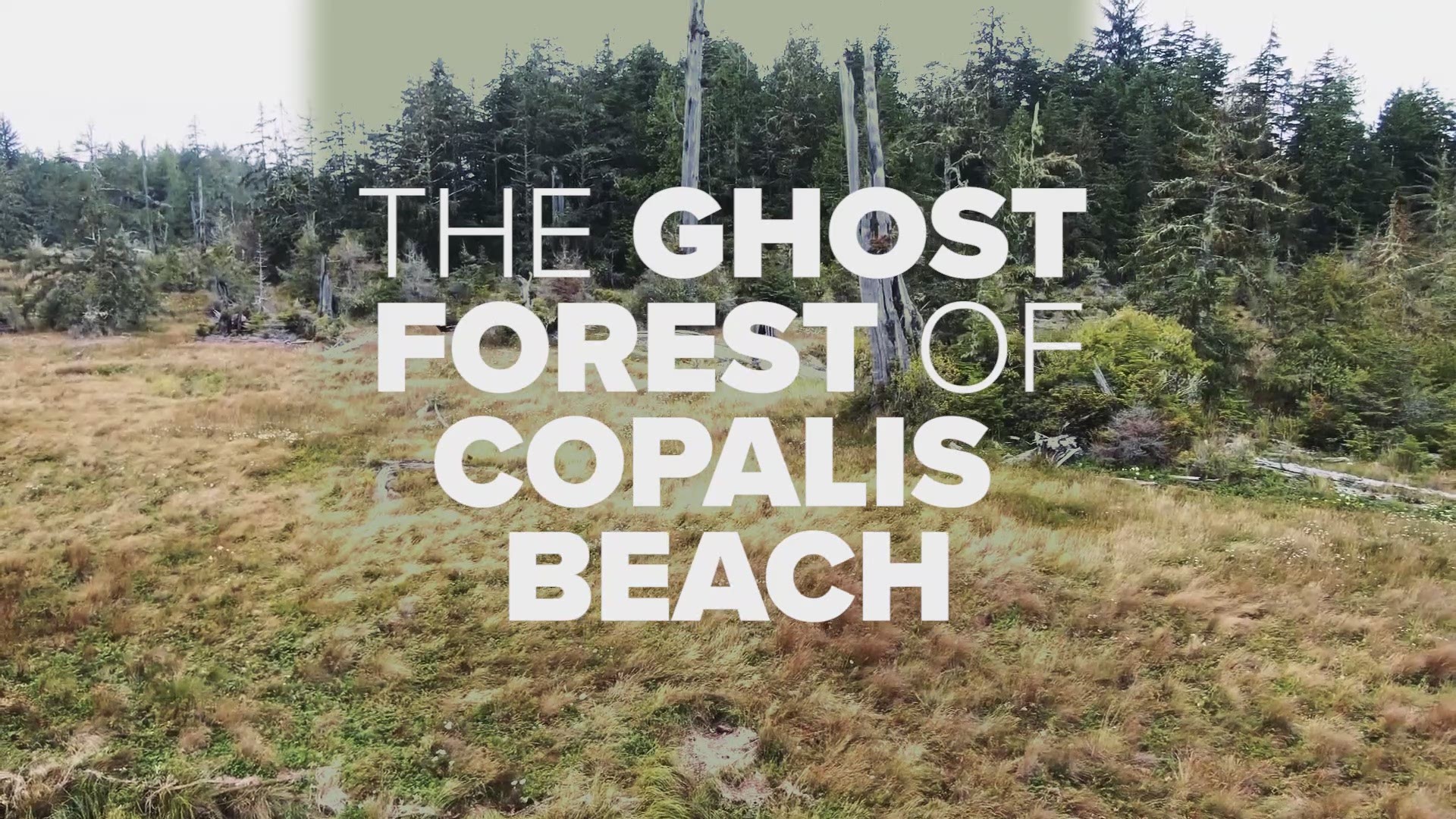 Carrie Garrison-Laney, a geologist and coastal hazards specialist with Washington Sea Grant, a non-profit affiliated with the University of Washington, has brought us to Discovery Bay near Port Townsend on Washington’s north coast. Discovery Bay, shaped like a large funnel with the open end pointed to the west, is the repository of tsunami evidence in the form of layers of mud at the bay’s shallow end. It’s interspersed with layers of sand pushed up by tsunami waves believed to be in excess of 30 feet high.

Credit: KING
Carrie Garrison-Laney, a geologist and coastal hazards specialist with Washington Sea Grant, points to a layer of sand in a mud bank at Discovery Bay, which is evidence of a previous earthquake.

This past summer she found pockets of sand believed to have been driven in by the magnitude 9.2 Alaska earthquake of 1964.

But it’s the big Cascadia earthquakes that are suspected to have left the biggest impact, even though Discovery Bay is closer to populated Puget Sound than the outer coast where the fault lurks.

“Even though we’re further inland than the outer coast, the shaking was probably pretty strong here,” said Garrison-Laney. “That shaking could have set off landslides locally and submarine landslides. And then within about an hour and one half, the tsunami would have arrived.”

RELATED: Why you should be prepared: 3 big earthquake threats in PNW 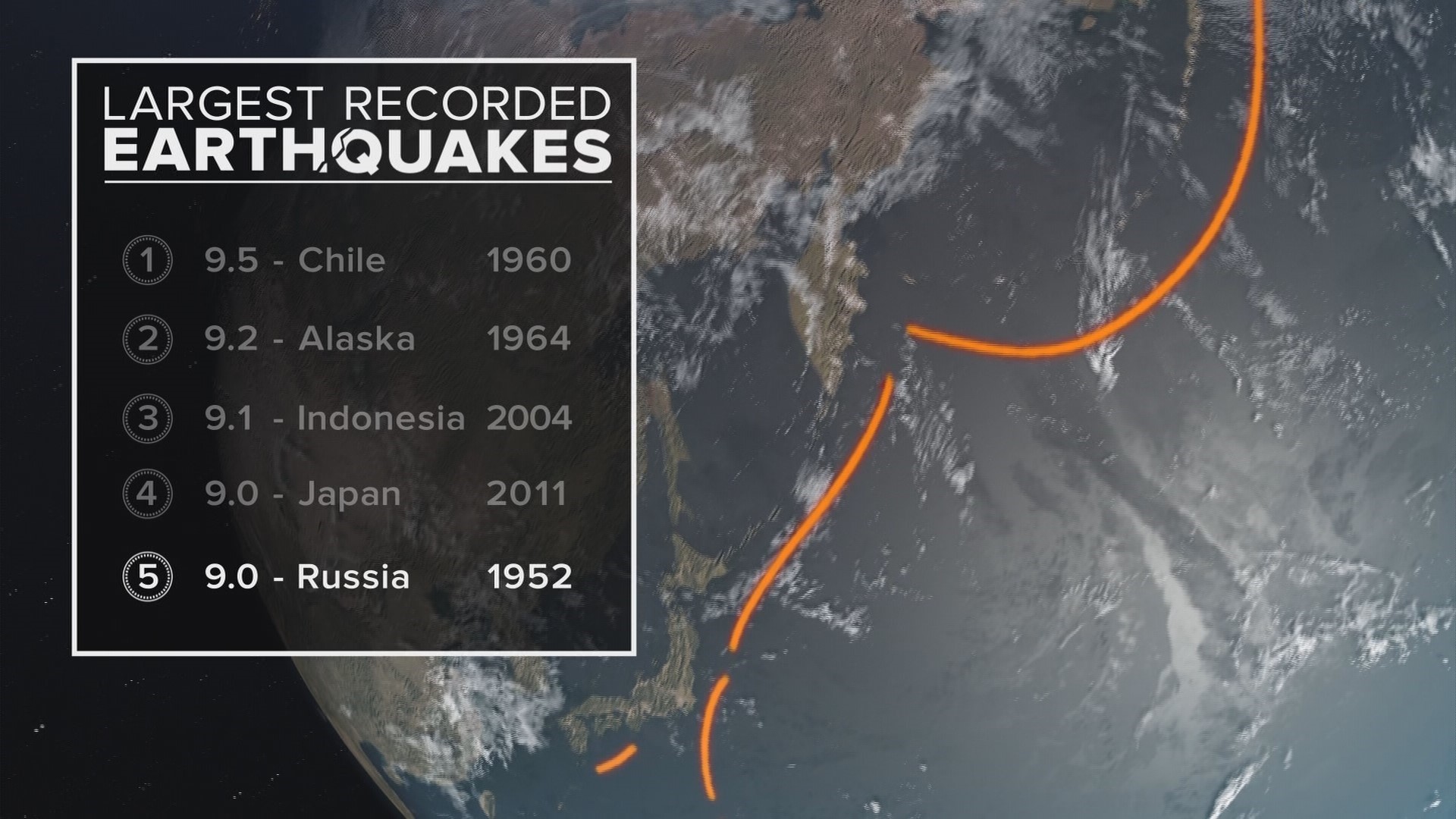 That means the Cascadia Subduction Zone is the last major Pacific Rim fault zone to have remained quiet. The question is for how much longer?