A group made up of moms handed out more than 1,000 free lunches to students across five parks. 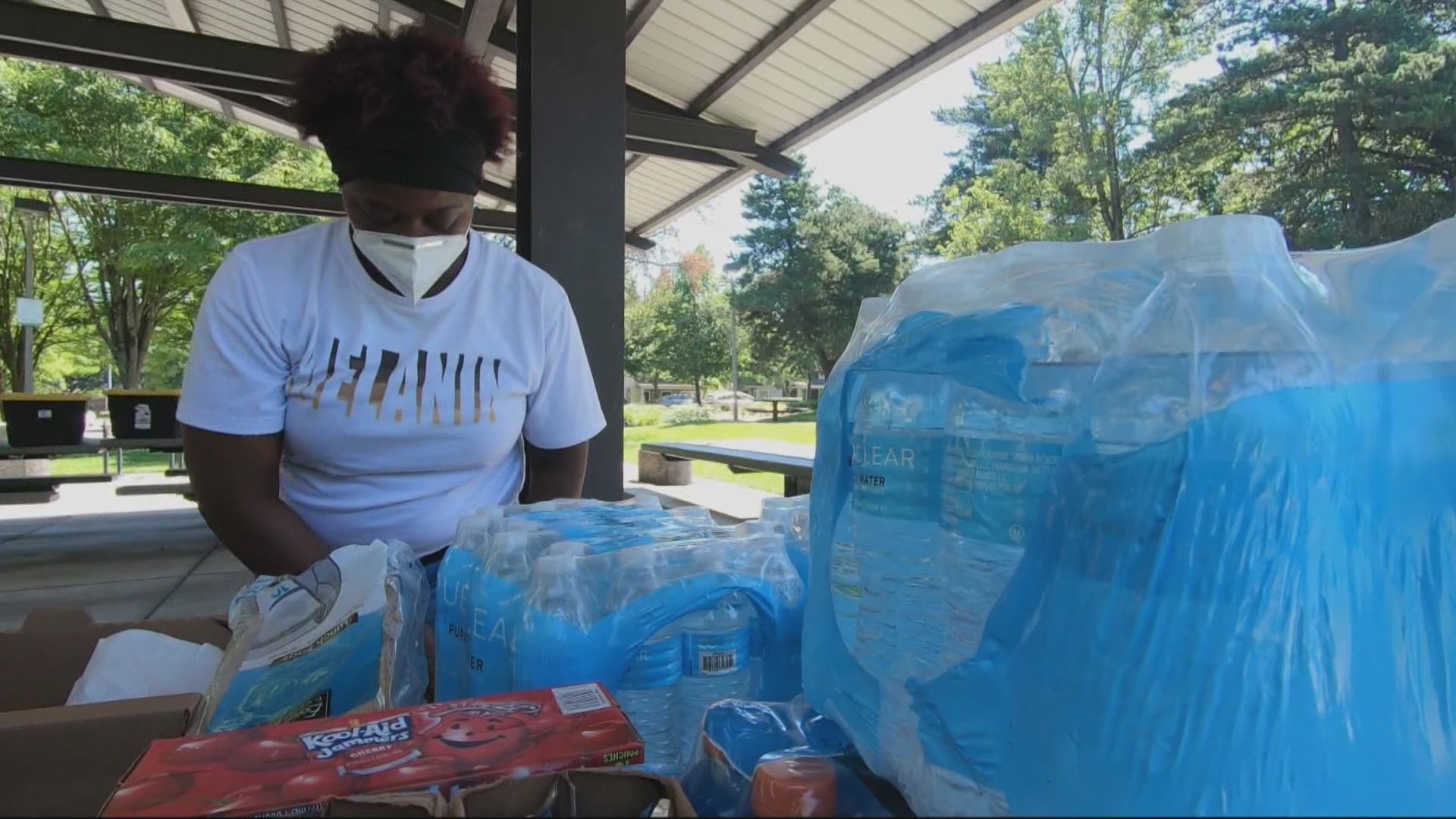 PORTLAND, Ore. — The scorching temperatures forced a number of places and services to shut down or cancel including the usual free lunch services through Portland Public Schools and Portland Parks and Recreation.

One community group decided to make sure kids and families were fed.

“The park lunches were canceled so we’re here today. If they cancel again, we’ll try to be out here again,” said Laquisha Minnieweather, an organizer with Mxm Bloc. “Mxm Bloc is a group of Black moms. We’re out taking care of the community, folks who look like us, black and brown families and other families that need assistance."

Moms and other volunteers were out at McCoy Park in North Portland from around 10 a.m. until 1 p.m. handing out lunches and snacks in the sweltering heat.

Minnieweather took issue with the free lunch services being canceled, especially since she said so many kids and families are in need of food. She said many families rely on the sack lunches, which sometimes can be the only meal of the day.

“Our city is kind of failing us right now. We are in a heat wave. It’s dangerous heat,” Minniweather said.

“It’s just awesome, like I say, for them to step in when the other lunch wasn’t provided,” said Denise McCormick. She nannies three kids in the area who, along with so many others, rely on sack lunches that are normally handed out at the park.

Mxm Bloc handed out more than 1,000 lunches to students across five Portland park locations, according to Minnieweather.

Amazing how the community is coming together. I’m in North Portland at McCoy Park where @mxmbloc parents are giving out free meals. Normally both @PPSConnect and @PDXParksandRec are in the area handing out lunches. PPS & Portland Parks canceled the services due to heat. pic.twitter.com/QIoV9FVs0u

“We’ve also got 45 watering stations […] We’ve handed out 35 A/C units to families that need cooler air. Just yesterday we sent funds to 10 families to get them into hotels. We plan to do that again. It’s hot. We’ve got to take care of our community,” said Minnieweather.

A woman named JP who stopped by for some food said called what the group was doing was a “beautiful thing” and said it was an immense help to her family.

Another North Portland resident, Rose Luster, stopped to grab some food and water for her and the grandkids. She said there are a lot of kids in the area who are hungry.

“It’s wonderful. They have a lot of consideration for the community the kids and everybody else,” said Luster.

Minnieweather had a chance to talk to many families as they picked up food, water, drinks, and snacks.

“Some families were like, ‘I don’t know what I was going to do. Some families are asking if they can take extra for tomorrow just in case there’s cancellations again,” said Minnieweather.

Both Portland Parks and Rec and Portland Public Schools (PPS) both plan to return to normal services and distribute free lunches again on Tuesday.

Find a list of the parks PPS serves meals at here. 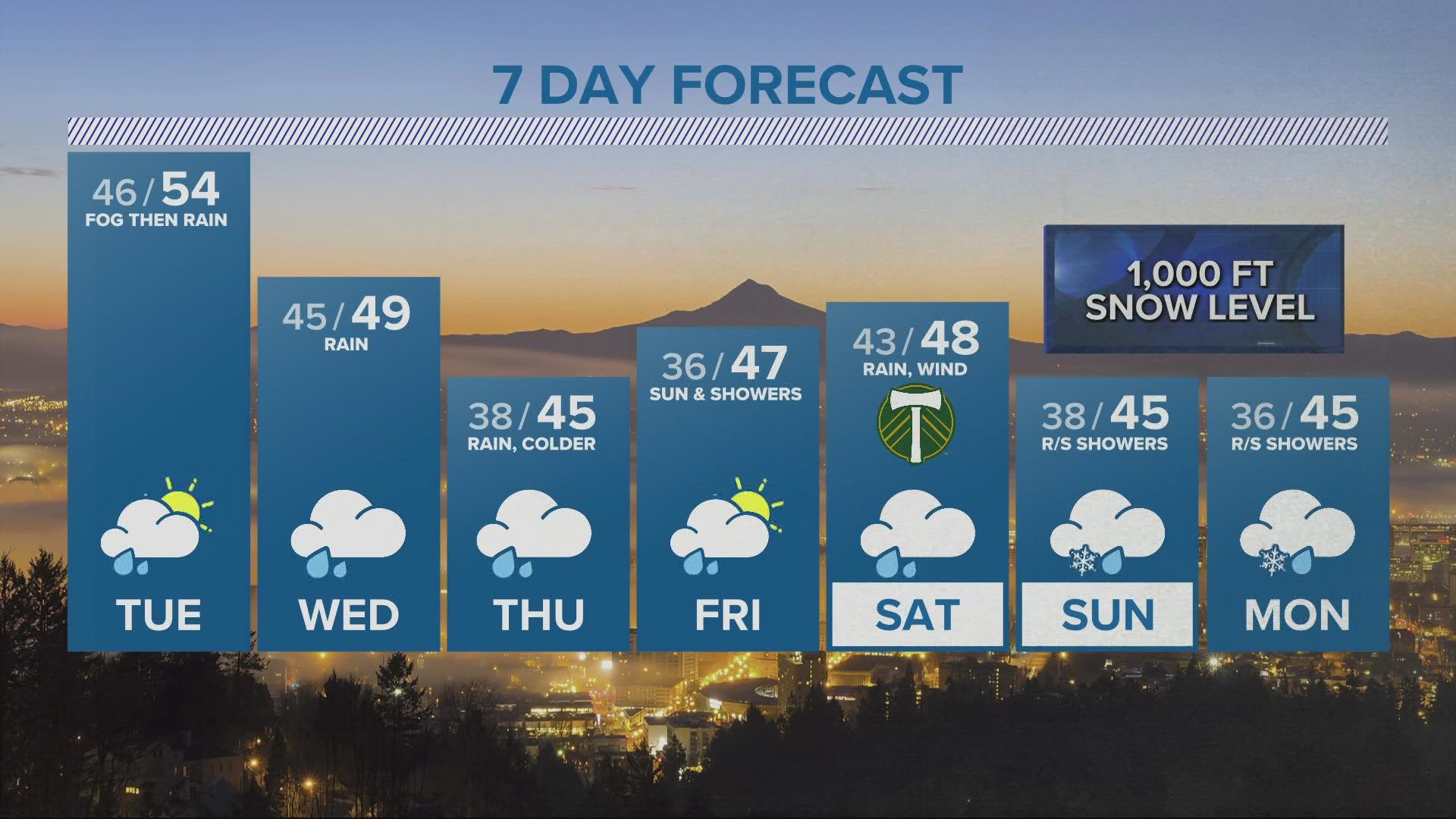