A family member heard cracking right before the home began to slide. The family was able to get out safely. 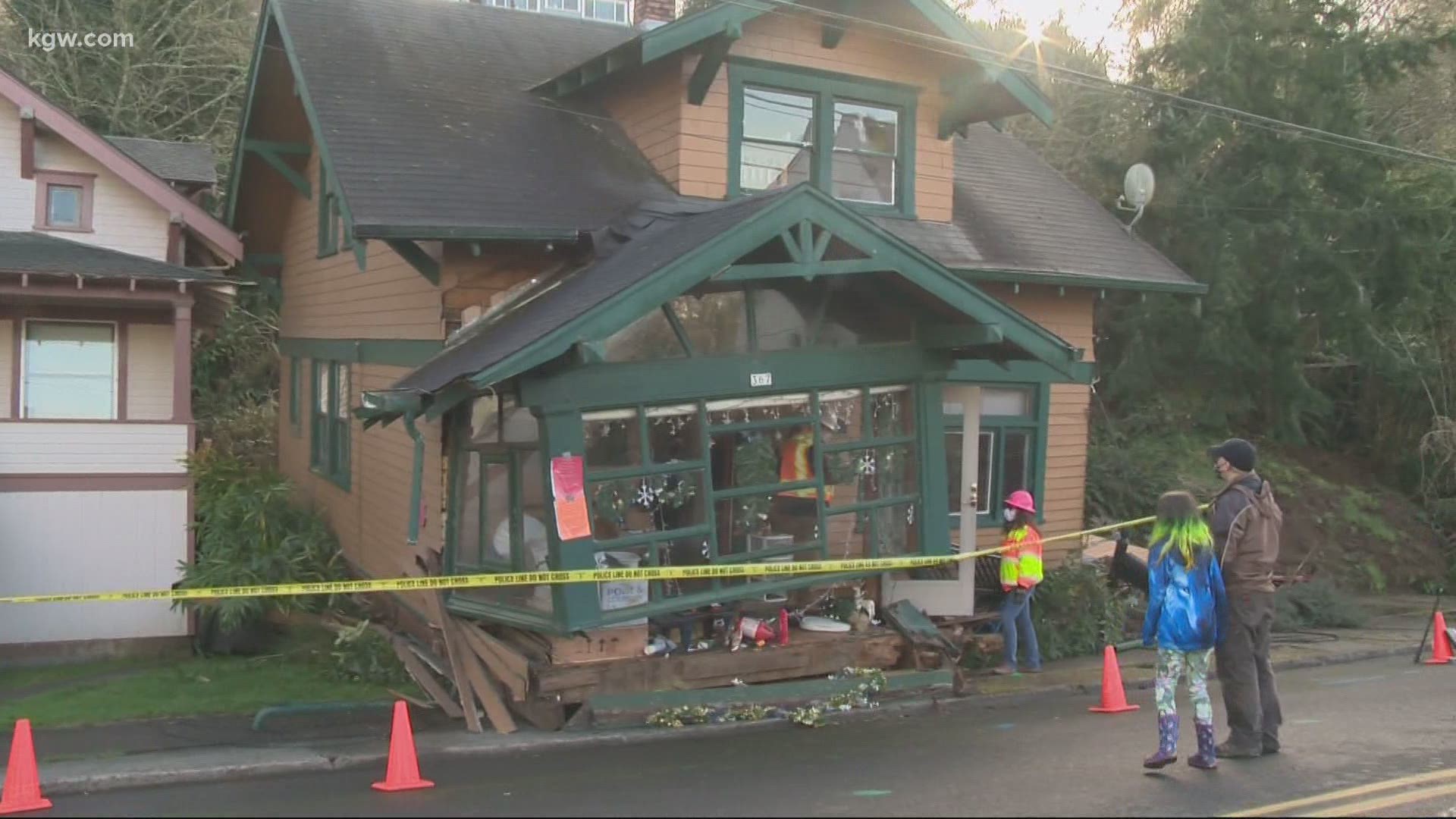 ASTORIA, Ore. — The storm that swept through Western Oregon Tuesday night into Wednesday morning led to a frightening moment for an Astoria family of five.

“We had five to 10 minutes of realizing we need to get out and get everything out,” Catie Foss said.

Foss said she woke up Wednesday morning to a sound she won’t soon forget. It was a cracking sound that Foss said made her think of a tree coming down. While it wasn’t a falling a tree that she heard, it was still another weather-related scare.

The cracking sound was the sound of a mudslide pushing her home off its foundation. Trees surrounding the home also started sliding inside.

“It had moved and was starting to slide into the windows that are in the back,” Foss explained. “It was actually shoving in the drywall.”

Foss realized her family need to react quickly. She woke up her children, had them get their shoes on and took them out of the house. After realizing her kids wouldn’t be warm enough in the cold, Foss made the decision to run back inside.

“When I went back in, I grabbed some blankets and a jacket and the house collapsed,” she recalled.

Foss said she used all of her body weight to open the door and get back outside. Fortunately, everyone was able to get out safely.

The home slid about 10-15 feet off its foundation. A team of engineers was onsite all day looking at the damage. The home was also pushed up against the neighboring house. That family was forced too leave as well because it wasn’t safe.

RELATED: Woman possibly swept away, 20-mile stretch of I-84 eastbound closed by landslides

RELATED: West Burnside closed due to landslide, down trees