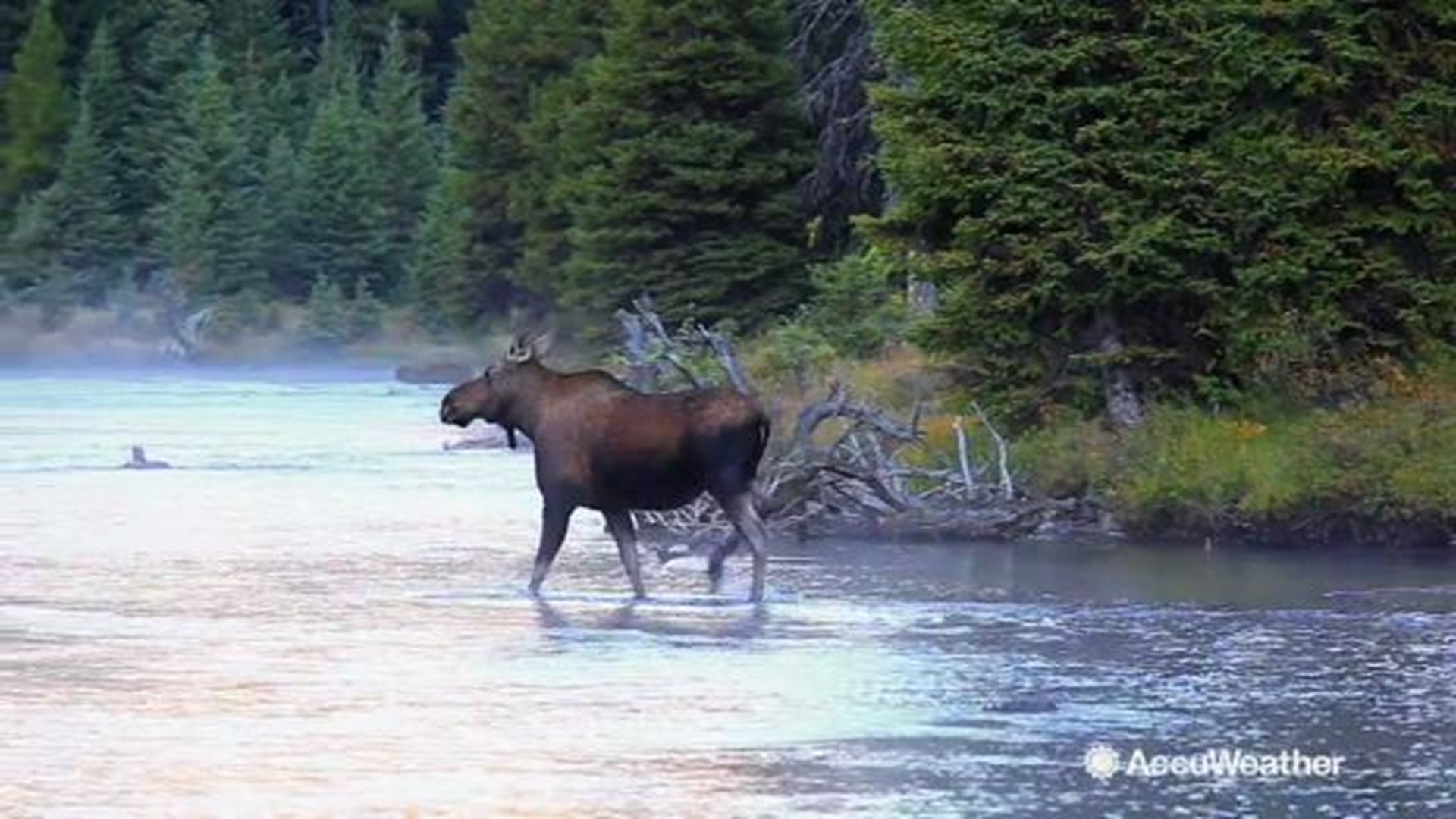 The Oregon Department of Environmental Quality extended its air quality advisory for Jackson, Josephine and Klamath counties through Friday, even suggesting that “small children and pregnant women consider leaving the area until air quality improves,” a press release said.

Air quality in the Rogue Valley has remained unhealthy to hazardous this summer. (Photo: Oregon DEQ)

“It’s pretty tough because the heavy smoke actually helps firefighting efforts — it kind of tamps down the fires,” National Weather Service meteorologist Jay Stockton said. “On the other hand, if we got a lot of wind and the skies cleared out, the fires would get more fuel and probably burn more intensely.”

In other words, it’s a no-way situation for Southern Oregon as long as the fires are burning.

Even amid the haze, there is gradual progress being made on actual wildfires. And it’s worth noting that there have been no death or major injuries due to the wildfires, and only a handful of buildings have been lost.

The weather will continue to play a major role. If the smoke inversion lifts, the fires burning west of Grants Pass could come to life, fire officials said.

"If the inversion clears late afternoon or early evening, then group torching, spotting, and short uphill runs are likely," a report from the Klondike fire said. "Spotting to one-third mile; greater if smoke lifts and fire gets very active."

Here's a roundup of progress fire teams are making on the fires.

Crews working to contain fires in Southern Oregon received an assist from weather conditions ahead of an expected jump in high temperatures this week.

A continued weather inversion that's trapping smoke over the Taylor Creek and Klondike Fires has helped to limit the intensity level of fire activity and gave firefighters more time to strengthen containment lines.

Monday saw crews continue to build up containment lines on Bear Camp Road and Chrome Ridge with the hopes of slowing any growth to the north and west.

Confidence in established containment progress allowed the Josephine County Sheriff's Office to downgrade an evacuation notice for residents on Pickett Creek Road, along the eastern flank of the Taylor Creek Fire, from a level 2 'Be Set' to a level 1 'Be Ready' Monday.

The area represented a high priority for crews protecting homes and other structures as well as the proximity to the Rogue River.

The northern perimeter saw increased focus as crews worked to place controlled burns along a valley bottom to remove material and make a play to hold the fire at Bear Camp Road.

The Klondike Fire grew to over 30,800 acres by Tuesday morning, with containment rising to 15 percent.

Fire teams have focused on building a large containment line between the fire and the U.S. Highway 199 corridor, including the town of Selma. The goal is to connect the fire line with a similar line on the Taylor Creek Fire.

The fire remains about 5 miles from Selma. It's burning about 1.5 miles north of popular Illinois River campgrounds such as Store Gulch and Six Mile.

Today's weather could bring a change in fire behavior.

"If the inversion clears late afternoon or early evening, then group torching, spotting, and short uphill runs are likely," a report from the Klondike fire said. "Spotting to one-third mile; greater if smoke lifts and fire gets very active."

The Josephine County Sheriff's Office issued a level 1 "Be Ready" evacuation notice for homes to the west of Highway 199, from the intersection of Lakeshore Drive and Highway 199 to Waters Creek Road, fire officials said.

A temporary emergency area closure is affecting parts of the forest that include the Klondike Fire. See this page for details.

This collection of fires is located north of Medford near Prospect and was formally known as the Sugar Pine and South Umpqua complexes.

Growth slowed Monday with heavy smoke lingering over the fires.

Additional crews will be joining the effort and conducting burn out operations to remove unburned material around containment lines on the Miles Fire.

The area burned by the High Cascades Fire in 2017 is being utilized as a control line on the northeast edge of the Columbus Fire while mop up operations continue on the west side.

Crews continue to mop up the perimeter of the Snowshoe Fire and ensure no hot spots remain to stop any further growth.

Officials say crews are continuing to monitor the Round Top Fire for daily for hot spots and smoke near the perimeter.

Evacuations due to the Miles Fire continue at the Elk Creek area north of Lost Creek Lake.

However, Lost Creek Lake is not closed and is still open for recreation via Joseph H. Stewart State Recreation Area. A previous story said the reservoir was closed, due to a miscommunication with the U.S. Army Corps of Engineers.

Three community meetings have been scheduled for this week to update residents on these fires:

For the latest evacuation levels, check with the Jackson County Sheriff's office.

The Natchez Fire south of Cave Junction grew slightly at 10,859 acres as of Tuesday, with containment rising to 40 percent.

Crews will work Tuesday to protecting homes and structures on the east and south side of the active fire area.

Mop up continues on the northern half of the fire where containment lines held back any advancement.

Closures remain in effect on the Rogue River-Siskiyou and Klamath National Forests.

With the Taylor Fire broken out into its own management structure, other fires in the Garner Complex are continuing in mop-up phase.

Fire officials say half of the complex has no active operations with just monitoring and patrols continuing and hoped to have the entire fire under patrol status by the end of Monday.

Some hot spots were found Monday along the south and western areas which officials say pose no threat to the control lines.

Crews moping up after the fire burning in the northeast corner of Crater Lake National Park continue to gain ground, with the fire currently at 85 percent containment.

Park officials say skies were clear for much of late last week with smoke drifting over the lake by afternoon and clearing overnight.

There are no closures in the park due to fire activity.

The Hendrix Fire burning southwest of Ashland remained at 1,082 acres and 70-percent containment as of Monday evening.

The fire is expected to be fully contained on Friday, Aug. 31, fire officials said.

Firefighters worked systematically to check the interior of the fire-burned area for lingering hot spots.

Crews also worked to remove and grind up vegetation that was piled along Forest Service roads during early phases of firefighting activities.

Two community meetings will be held for the Hendrix Fire.