"Westerly winds aloft are now pushing the smoke back over us, so it'll take until Thursday to rid our sky of the smoky haze," KGW chief meteorologist Matt Zaffino said. 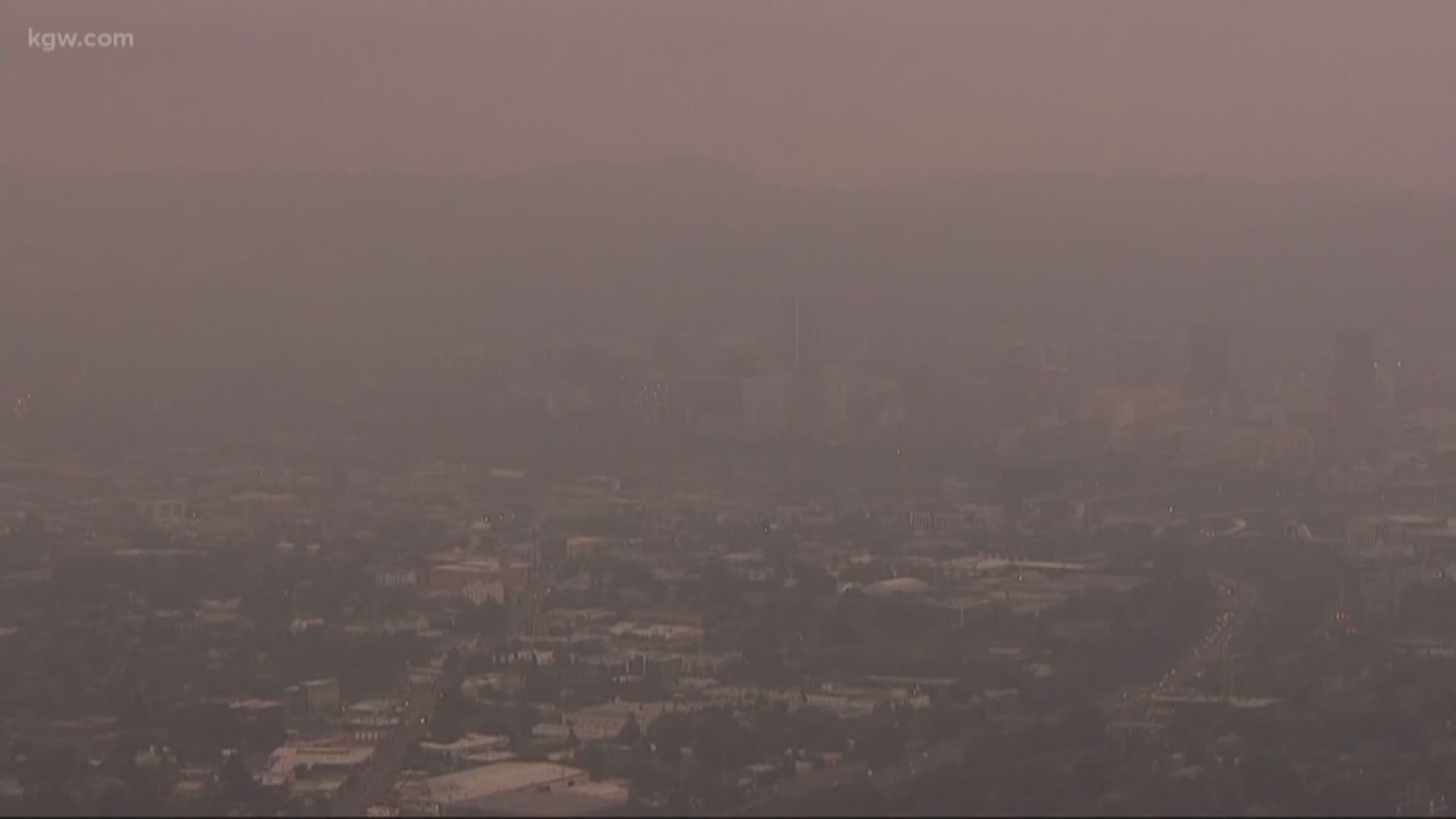 PORTLAND, Ore. — An air quality advisory that was in place for days has expired as skies in the Portland metro area cleared Thursday afternoon.

The advisory for central and eastern Oregon is still in place until noon on Friday.

The Air Quality Index in Portland was 18 at 4 p.m. Thursday night, a rating that places Portland in the "good" category. Earlier in the day, Portland's AQI was 163, which was the second-worst of major cities in the world.

Westerly winds are pushed the smoke out of Portland and brought cooler temperatures.

"There are no more 90-degree days in the forecast for at least a week," KGW chief meteorologist Matt Zaffino said.

Haze from wildfires burning to the north returned to Portland on Sunday and brought poor air quality with it. Portland's air quality index (AQI) has been above 100 (unhealthy for sensitive groups) since Sunday morning.

MORE: What kinds of masks will protect you in the smoke?

The air quality in Portland was unhealthy for much of last week as well.

People should take the following precautions to stay safe during Air Quality Alerts, according to the National Weather Service.