Smoke has caused air pollution to spike from San Diego to Seattle. 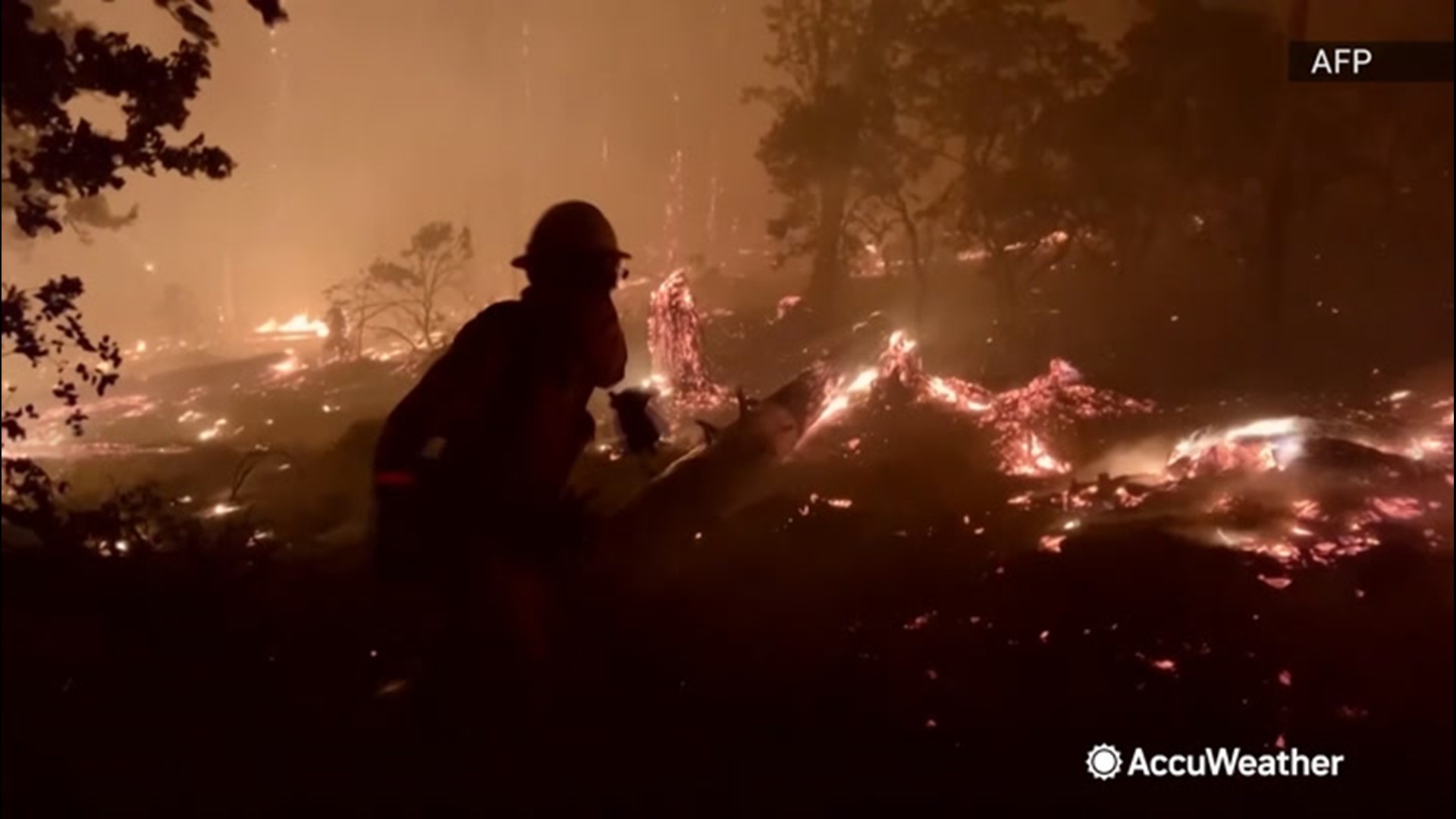 As the sun rose over the western United States on Wednesday, residents in San Francisco stepped outside into an otherworldly scene. The sun was dimmed and everything appeared rusty orange as dense smoke from wildfires burning across the West obscured the sky.

"It reminded me of that scene in Independence Day when the aliens landed. That's what it felt like," Carolina Nassif, a San Francisco resident, told AccuWeather's National Weather Reporter Dexter Henry. Nassif has lived in San Francisco for 16 years and explained that she has never experienced air quality conditions this poor.

"When you experience [it] in real life, it looks like an ominous, deep, dark brown. Imagine the sky was just dark, dirty brown," Nassif added.

Nikki Midina, who lives in Daly City, California, just south of San Francisco, agreed that she has never experienced anything like the smoky conditions that enveloped the West this week.

"You notice it immediately. It's very hazy. You can feel it in your throat," Madina told Henry, adding that you can even feel the effects of the smoke when indoors.

The blanket of smoke -- which many have taken to social media to describe as "apocalyptic" -- has grown so large that it is easy to see from space, stretching all along coast of the western U.S. and expanding more than 1,000 miles westward over the open waters of the Pacific Ocean.

The far-reaching effects of the wildfire smoke have done more than just block out the sun. The plethora of smoke has caused air pollution to spike across the region all the way from San Diego to Seattle, with the worst pollution levels focused on Northern California and western Oregon, where the largest fires are burning.

The air pollution in this area is approaching the worst levels in years, according to Plume Labs, a company that monitors air pollution around the globe.

Across the border in Oregon, the air pollution along the Interstate 5 corridor is a ‘hazardous' levels, including Medford, Eugene, Salem and Portland.

"Wildfire smoke exposure can have very real health consequences. The most common health risks associated with smoke exposure are found within our lungs," Plume Labs told AccuWeather in an email.

"Smoke exposure can lead to difficulty with breathing, including coughing, runny nose, bronchitis, wheezing and exacerbation of chronic diseases such as asthma and chronic obstructive pulmonary disease (COPD)," the company added.

Health effects may be exacerbated if you have heart or lung disease, are an older adult or a child, are pregnant, are a smoker or are involved in strenuous outdoor work or outdoor sports, Plume Labs said.

The air pollution that has enveloped the western U.S. is much different than other types of air pollution, such as smog that is produced by factories.

"Wildfires emit a mixture of particulate matter (PM) and gases," said Dr. Boris Quennehen, a scientist a Plume Labs. "In particular, forest fires emit significantly more pollutants, mostly because they last longer. Even variations of wood and how it is burning can make a difference."

Fires that move into communities and burn residential areas can pose an added danger as they scorch more than just wood. Materials such as plastic, building materials and electronics expel toxic gasses when they are burned, compounding health issues for those who inhale the polluted air.

In the age of COVID-19, a majority of people wear a face mask when outside, but not every face covering is effective at filtering out pollution from wildfires.

"To complicate the situation, anti-pollution masks (FFP2 and above) commonly have valves to help let air out and make breathing easier. Unfortunately, valves render the mask virtually useless in preventing the transmission of viruses - because it is designed to let air out (along with whatever else might be in that air)," Plume Labs told AccuWeather.

"It would be best to choose an FFP2+ mask without valves in order to meet both needs," the company added.

The Centers for Disease Control (CDC) said that N95 respirators do provide protection from wildfire smoke, but they are in short supply this wildfire season due to the pandemic.

In addition to the aforementioned health impacts from inhaling the polluted air, those who are not properly protected from the wildfire smoke run an increased risk of contracting the coronavirus.

"Wildfire smoke can irritate your lungs, cause inflammation, affect your immune system, and make you more prone to lung infections, including SARS-CoV-2, the virus that causes COVID-19," CDC explained on its website.

"Some symptoms, like dry cough, sore throat, and difficulty breathing can be caused by both wildfire smoke exposure and COVID-19," the CDC added.

However, other symptoms of COVID-19, such as chills, a fever, diarrhea and body aches are not associated with exposure to smoke.

Residents across the western U.S. can monitor the air quality levels in their neighborhood with AccuWeather's Air Quality page, which includes detailed air quality forecasts.