A winter storm impact could have an impact from Colorado to Maine. 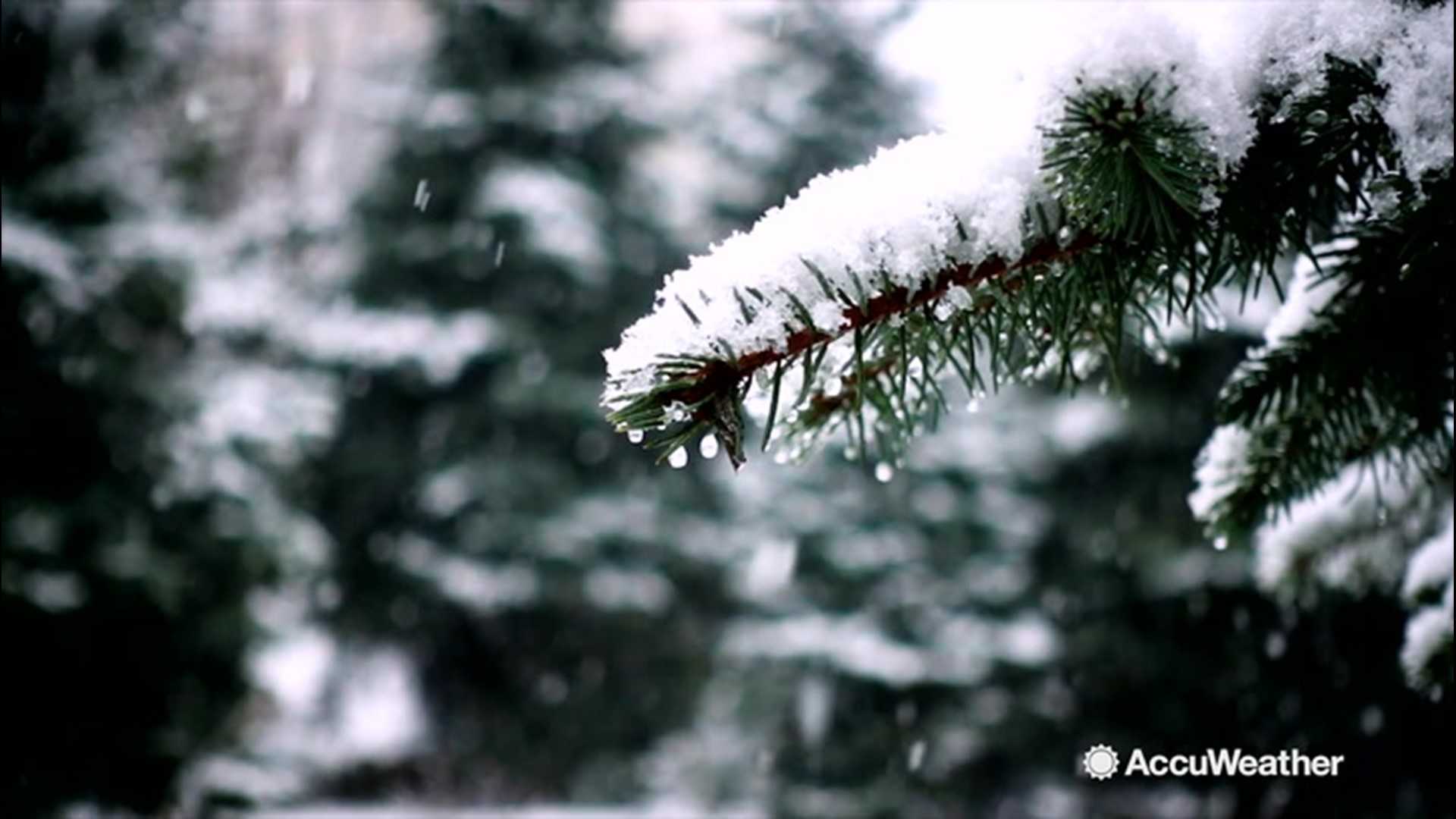 As the holiday shipping and travel season ramps up, millions of Americans could be dealt an unwanted offering from Old Man Winter.

Forecasters say a cross-country storm system could follow multiple paths in the coming days, and depending on which way it unfolds, several major cities could be hit by accumulating and travel-disrupting snow.

Typically there would be several days of a break in the weather behind a storm such as the one from Friday to Saturday in the East. That won't be the case this time, with a new storm likely to hit some areas in the East about two days later and remind people over the central Plains that winter is knocking on the door.

People may need to adjust travel and holiday shopping plans as regardless of the storm's exact track, flight and school delays are likely along a long swath of the country. Following an eastern United States rainstorm with spotty ice and snow in some areas into this weekend, the path the next storm takes early next week from the Plains to the Atlantic coast will determine which areas are hit with accumulating snow, dangerous ice and soaking rain.

The storm has its roots in the Northwestern states where rain and higher-elevation snow is in store to end the week.

That storm will then dip southeastward across the Rockies and emerge in eastern New Mexico by Sunday. While Denver typically does not get giant snowfall from this setup, it is likely to receive at least a few inches of snow on Sunday.

By the time the storm reaches the Atlantic coast, it will have brought some sort of wintry precipitation along an approximate 3,000-mile long swath.

"One scenario takes a weak to moderate storm on a quick pace from the central Plains on Sunday to the Tennessee Valley and the southern Appalachians on Monday and then the mid-Atlantic coast by Tuesday," AccuWeather Senior Meteorologist Brett Anderson said. While this scenario would bring only a period of rain and snow with minimal ice, there can still be enough snow to shovel and plow on much of the northern flank of the storm.

Such a track might bring a heavy snowfall from central Colorado to central Kansas and part of central Missouri. A moderate snowfall can occur across the northern part of the Ohio Valley to the central Appalachians and central New England.

It is possible that such a narrow swath of snow occurs that cities such as Omaha, Nebraska; Des Moines, Iowa; Chicago; Detroit; Toronto; Ottawa and Montreal avoid much of the snow or escape snow entirely from the storm.

"In this weak storm scenario, a wintry mix that includes the risk of some sleet and freezing rain, would extend from portions of the southern Plains to along the Ohio River, the upper mid-Atlantic coast and southern New England," Anderson stated. In this case, wintry precipitation would occur in St. Louis, Cincinnati, New York City and Boston.

"A second scenario suggests a stronger storm that dips farther to the south and perhaps close to the Gulf coast, then turns northeastward toward the lower Great Lakes region and west of the Appalachians," Anderson added. The same scenario would suggest that a secondary storm forms along the upper mid-Atlantic coast, which could be a factor for cold air to hold in longer in New England with heavy wintry precipitation.

With a stronger storm, a much broader area of snow, wintry mix and ice is likely, which would extend much farther to the north, despite an initial farther south dip.

In this case, Chicago and Detroit could receive several inches of accumulating snow.

Such a storm would have more opportunity to tap Gulf of Mexico and Atlantic Ocean moisture. A robust storm would allow more ice and snow to extend farther south over the southern Plains but would also pull warmer air farther north over the middle Mississippi and Ohio valleys, central Appalachians, the upper mid-Atlantic coast and southern New England.

"Even with a surge of warm air, there might still be a wedge of cold air that gets trapped over parts of the central Appalachians and central New England. A significant ice storm might come about in that case," Anderson said.

"With a stronger storm, there would also be the chance of severe thunderstorms in the warm sector over parts of the South," AccuWeather Meteorologist Bill Deger added.

If either of the two scenarios occur, or the path the storm takes is somewhere in between, areas from Colorado and Kansas, to Missouri, Illinois, Indiana, Ohio, Pennsylvania, New York state, Connecticut, Massachusetts, Rhode Island; Vermont, New Hampshire and Maine are likely to get some form of wintry precipitation, be it from snow or a mix.

In any case, a period of drenching rain would progress eastward across the South from Texas to Georgia, the Carolinas, northern Florida, eastern Virginia, southeastern Maryland, Delaware and southern New Jersey.