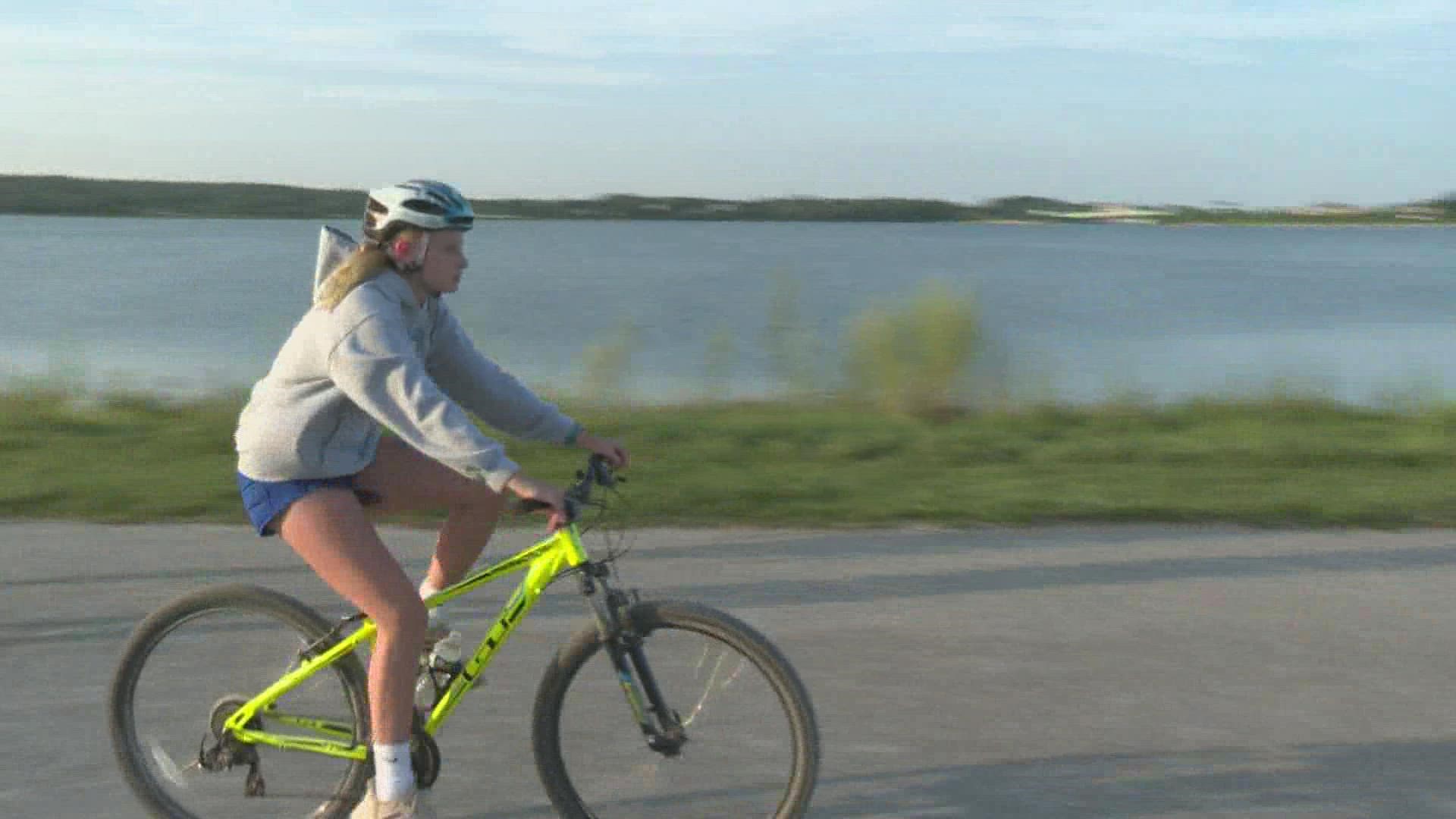 PORTLAND, Maine — Portland is planning to launch a new bike share program, which is expected to launch in June 2022. This week, the city announced it has partnered with the company Tandem Mobility to launch the program.

"It's a great transportation solution for a city this size," said Nell Donaldson, the director of special projects in Portland's planning and urban development department.

Throughout the summer, the city has been reviewing applications for potential partners as it launches its bike share program. It will operate similarly to programs that exist in other cities like Bluebikes in Boston and Citi Bikes in New York City. Donaldson said, however, Portland's program will be different in regards to in regards to infrastructure.

"This is going to be sort of a more nimble, hybrid, hub-based model, so there won't be big stations like you see in New York City," said Donaldson.

Following a Request for Proposals earlier this year, we've selected Tandem Mobility to plan and launch a pilot bike share program in #PortlandME in June of 2022. Learn more: https://t.co/pGuOtnywuQ pic.twitter.com/9MbySQqe03

Donaldson said hybrid bike kiosks will be put in throughout the city, and some current bike racks may even be converted for bike share use.

"It's a way for people to get around that doesn't involve a single-occupancy vehicle. It's also an equitable mobility option, lots of folks can access it," said Donaldson.

According to the CEO of Tandem Mobility Keli Hoyt-Rupert, there will be 200 bikes throughout the city during its first summer.

Tandem Mobility is a new company, which just launched earlier this year. So far, they have established programs in 15 small to medium-sized cities. The closest locations to Portland are Lancaster and Hershey, Pennsylvania.

Donaldson and Hoyt-Rupert say this program is still in the early planning stages. It has not been determined where bikes will be located throughout the city, however, they both say the focus will in the downtown area of Portland.

"I think we see a core where there might be greater density, and them some additional connection points to make sure that we're providing access to folks that might not typically see bike share in their neighborhoods," said Hoyt-Rupert.

Tandem Mobility and the city of Portland also hope to partner with local businesses for sponsorship, and local bicycle groups to help gain support for the program upon launch.

"We want to improve transportation goals. We want to help continue to improve the infrastructure goals that they've been working really hard on," said Hoyt-Rupert.

The city anticipates the first year of the program being a provisional pilot period with possible extensions.