A Port of Portland public information officer said Southwest is the only airline flying a Boeing 737 MAX 8 into the airport. 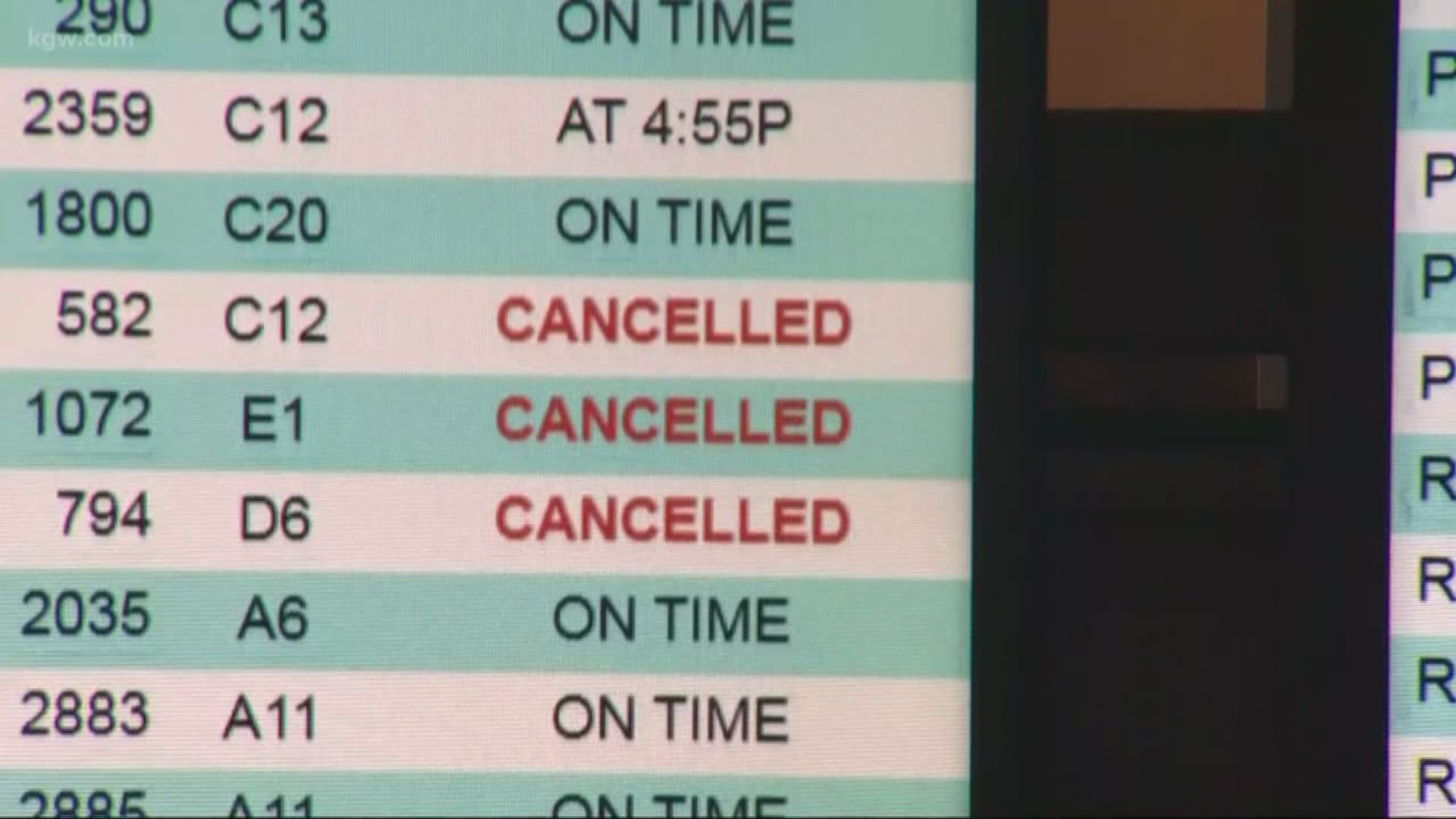 A Port of Portland public information officer said Southwest is the only airline flying a Boeing 737 MAX 8 into the airport. A flight was scheduled to come in Saturday, March 16.

There were some immediate impacts to flights in and out of PDX, but public information officer Kama Simonds said it could have been due to weather or the grounding of the aircraft.

On Wednesday afternoon, a line wound around at the Southwest Airlines check-in, where people were talking to agents because their flights were delayed or canceled.

Passengers we caught up with understood why the FAA, in consulting with the National Transportation Safety Board (NTSB), President Trump and Boeing, ordered all 737 MAX 8 and 9 aircraft to be grounded.

RELATED: US grounds 737 MAX 8 and 9 planes after Ethiopia crash

“I'm glad that a chance is not going to be taken. If it’s a software issue or something like that then I’d rather wait till it’s resolved,” said Mark Farrell, who was visiting Portland from Columbus, Ohio. “I'd obviously like to have more information. I’ve got a wife and kids and I am not going to take a chance if I don’t need to take a chance. Right now I can take an extra day to fly and want to make sure I get there safely.”

Corvallis resident James Dillon echoed the same sentiment as he waited in the line at Southwest after his flight had been delayed multiple times. He felt assured knowing he wasn’t going to be on a MAX 8 aircraft.

“If there’s flaws in it then that’s my life. I’m not going to risk my life for a flight, pretty much,” Dillon said. “It’s better not to take the gamble, figure out what’s wrong with it, fix the problem, then get the flights back on.”

Gary Hendrickson, traveling with Farrell, said he feels safe and trusts the aircraft.

He tells KGW it’s unsettling and a little "spooky" that the same new model of jet has had two major incidents, with the fatal crash in Ethiopia coming five months after a deadly crash in Indonesia. However, deadly plane crashes are extremely rare and Gritta says flying is still very safe.

Daniel Elwell, acting head of the FAA, says data shows possible similarities – not yet proven - between the two crashes.

“There was a problem controlling the plane because it was trying to force the nose down and the pilots were trying to get it back up - appears that was Lion Air in Indonesia,” Dr. Gritta told KGW, “The same thing appears to be in this case with the 737 MAX - that it's a pilot control issue. They’ll figure this out, but this could be a software glitch.”

While he’s not familiar with the specific system in these jets, Gritta says pilots around the world flying these planes were supposed to be trained on how to “diffuse the system when it’s forcing the nose of the plane down".

In a statement Wednesday, Boeing said they support the action to temporarily ground operations out of an abundance of caution, even though they have “full confidence in the safety of the 737 MAX.”

“Their stock price crashed but that's not unexpected after an incident like that especially two following very closely upon each other. They’ll recover. It's just that they’ve got to come to what’s the cause and then fix it and have people convinced that it’s fixed permanently and we’re not going to have this problem,” Gritta said.

Elwell says the Ethiopian flight data and voice recorders will be sent to Europe to be analyzed. That will tell investigators exactly what happened and whether the causes of the two crashes were the same.

RELATED: 6 things you need to know about the order grounding Boeing 737 MAX planes

RELATED: Boeing 737 MAX 8 by the numbers