The Little Luckiamute River cuts a bee-line through eastern flanks of the Oregon Coast Range before it falls in an ear-shattering moment at Falls City.

While less than three miles away another sort of “fall” happens when mountain bikers gather and catch big air across a little piece of heaven called Black Rock Mountain.

It’s called free riding and it’s on a little piece of cycling heaven where the riders catch big air across 500 acres of Oregon State Forest at Black Rock Mountain in Polk County.

The volunteer organization that makes it all work is called the Black Rock Mountain Bike Association or BRMBA for short.

Longtime member, Rich Bontrager, noted that it all started with a simple dream.

“I think we all need to help get people off the couch and out in the forest … to see that there’s other stuff out here than the city pavement or a computer game – it’s that sort of thing that draws folks – something new and different and exciting,” he said. 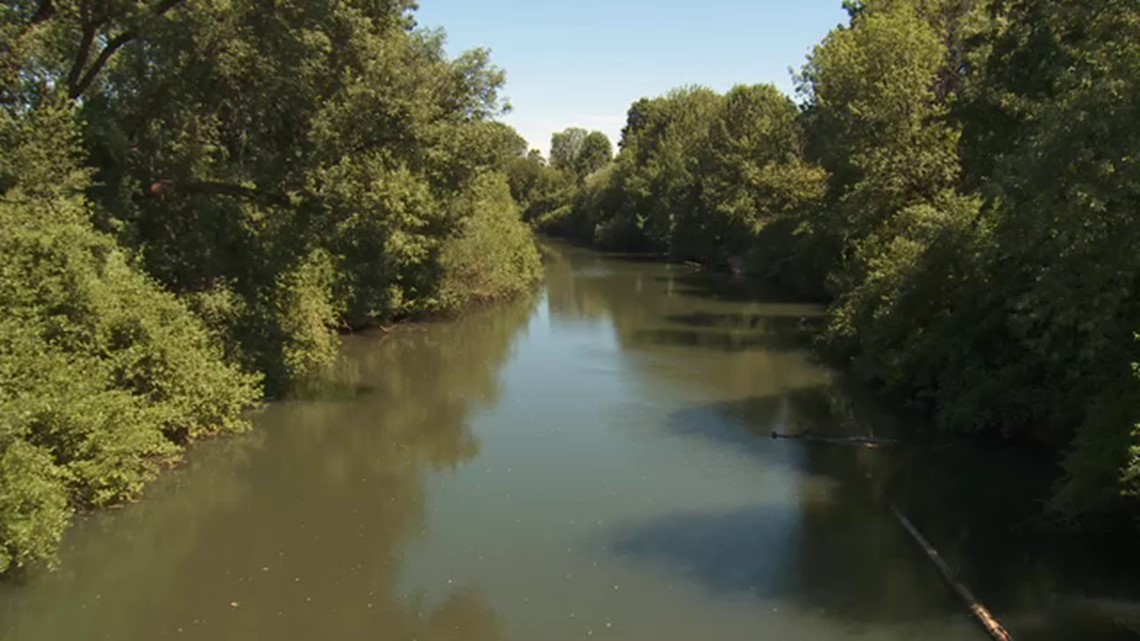 BRMBA member, Todd Glascow, a longtime rider, said that feature ideas are really born of the experiences that riders have as they take on trails across the United States.

“Oh yes – we ride other areas, see other things and incorporate them into our own ideas and then take a spin on it. While some material is bought and some donated, a good majority of the wood that we use is fallen timber found in the forest.”

Whether catching big air or enjoying the freedom that comes from speeding down a forest trail on two wheels, the riders agree that there’s something for every level of experience at Black Rock Mountain.

“You’re out here in the trees and you’re away from everything else,” noted Glascow. “You’re far away from the daily grind. You can have a stressful day or stressful week and you come out here and ride a bike – it’s all gone!”

In fact, when you pull in to Oregon’s very first state park called Sarah Helmick located off Oregon State Highway 99, you will discover a hidden gem.

“Oh yes – it really is a hidden gem,” said Oregon State Park Manager, Bryan Nielsen – “It’s off the beaten path for sure, but the folks who’ve been coming here for decades like it that way.”

It’s a gem of a parkland that dates to 1922 when the Helmick family donated the land for future generations.

“Back in the 50s, camping really took off,” said Nielsen. “Motor homes were invented, trailers were improving as technology was changing. The economy was improving and people had more free time. Parks like Sarah Helmick really took off were valued for their peace and quiet.”

The park sprawls across 40 acres with plentiful picnic sites and play-spaces under the shady limbs of giant oak and maple trees.

“It’s great place to get out and stretch the legs,” added Nielsen. “Just to enjoy a beautiful park and get away from the hustle and bustle of everyday life.”

Less than 20 minutes east, the Luckiamute River slows and seems to meander on its way to meet the Willamette River as it courses through a state park where they’re trying something new.

It is a new park where they’re turning the clock back to help restore wildlife habitat.

Park Ranger, Steve DeGoey, explained that the goal is to enhance nearly 1,000 acres for wildlife including varied bird life and even endangered western pond turtles. It’s a day-use parkland that invites hikers or river paddlers and it is waiting for you to explore anytime.

“We’ve planted about 440,000 shrubs and trees since 2011, so be sure to bring your binoculars when you come to visit. We’ve several miles of hiking trails too! We have a variety of birds and in spring the wildflowers bloom too. Plus, two ponds that are home to western pond turtles that like to warm themselves on the logs. They can be a shy animal so be quiet and walk softly or they quickly jump into the water.”

If you would like to visit more of Oregon – consider a walk on the wild side with my new book: “Grant’s Getaways: Oregon Adventures With the Kids.” You’ll find activities to engage any kid, from archery to clamming on the coast to hunting for thundereggs to zip-lining through trees in an aerial adventure park.

In addition, be sure to check out “Grant’s Getaways Guide to Wildlife Watching in Oregon.” You will enjoy 48 uniquely Oregon adventures highlighting my fish and wildlife encounters. Scores of colorful photos by “Grant’s Getaways” photographer, Jeff Kastner, show off some of our finest moments in the field. You can also learn more about many of my favorite Oregon adventures in: "Grant's Getaways: 101 Oregon Adventures"