Grant's Getaways: From rails to trails at the Sumpter Valley Railroad and Elkhorn Mountains

The Powder River is a small, quiet and refreshing stream, but on fall weekends the silence is pierced by an unmistakable sound of a train's whistle. 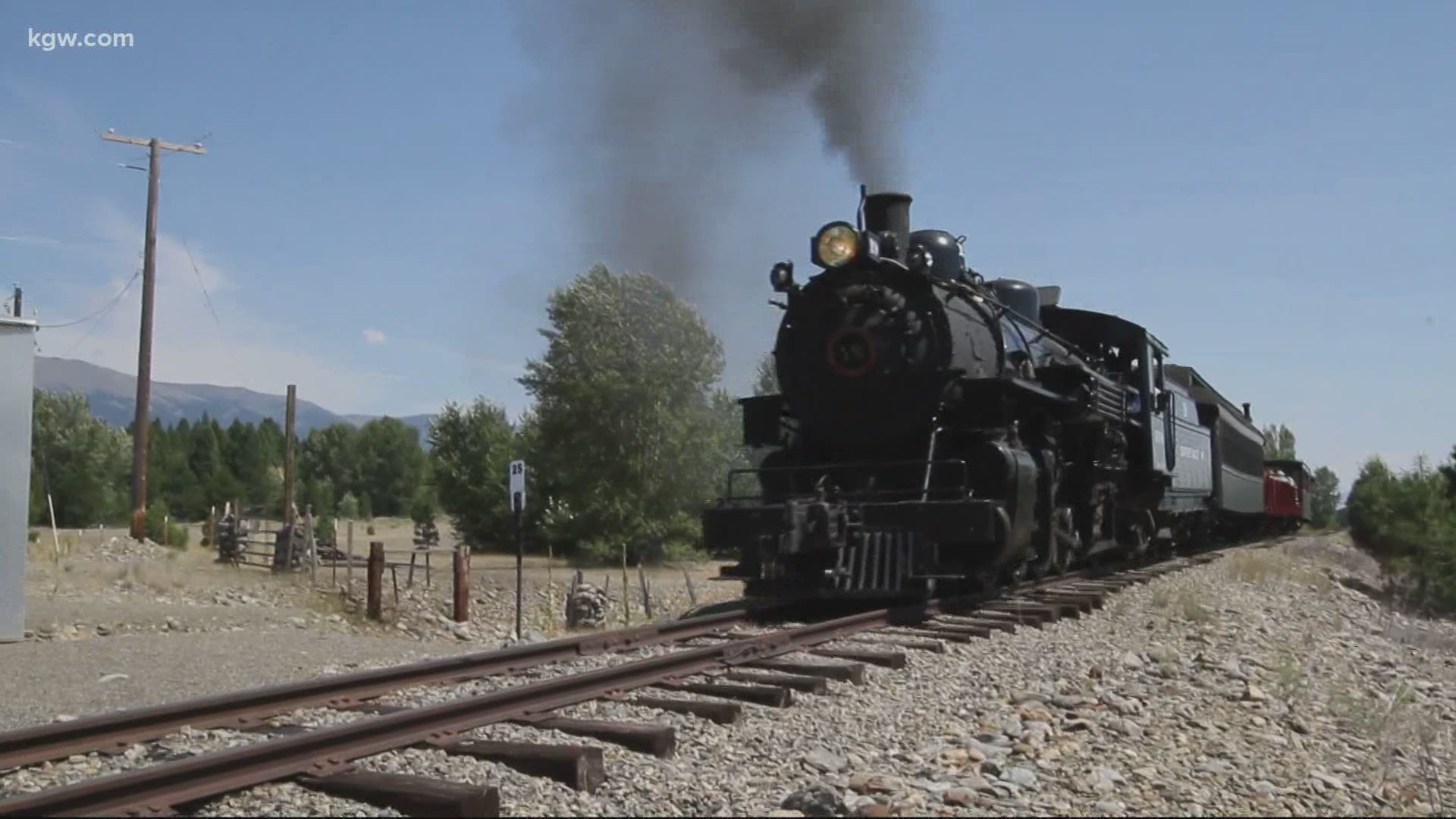 BAKER COUNTY, Ore — The beauty of travel is the unexpected treasure you’ll often find along the way!

Treasure that is measured by the memories of varied sights and sounds that link you to the people and the landscape and the history of the place.

This week’s Getaway takes us to Eastern Oregon for a golden opportunity to travel from the rails to the trails near Sumpter and across the Elkhorn Mountains.

The Powder River is a small, cool, quiet and refreshing stream, but on fall weekends that silence is broken by the unmistakable train whistle of the Sumpter Valley Railroad.

At the McEwen Depot, a growing crowd is eager to experience the golden days of the Sumpter Valley Railroad.

Tourists have replaced the cattle and timber that were transported down the rail line a century ago. It’s a chance for folks to escape city hubbub for a slower pace and learn more about Baker County‘s past.

“The railway was very important to the economic development of Eastern Oregon,” added Ross. “It was critically really important and little Sumpter Valley tied it all together.”

At this time of year, the railroad offers something different - a Halloween Holiday ride with kids and parents in costumes and also something special: The Sumpter Valley Railroad robbery begins when a half dozen train robbers on horseback fire blank shots at the train guards.

“Now, don’t be reachin’ for no pistols. where’s the gold?” said one of the robbers.

The robbers and the train guards are all volunteers who give guests some extra excitement that’s all in fun.

“We’re an all-volunteer organization and just love doing this,” said Conductor Ross. “We meet all kinds of great people who come up here to ride – come from all over the state and the world. It’s really a pleasure to show off Eastern Oregon.”

Let the railroad and the Sumpter Valley Dredge State Heritage Area be just the start!

Leave the rails behind when you drop in at the Depot Inn and discover off road trail riding.

Gary Olson and Kathy Reedy are the owners of the Depot Inn and they offer off road vehicles for rent. ATV’s allow you to see the gorgeous countryside from a different point of view.

Olson added that fall is a fine time to explore because the Tamarack trees are changing: “First they turn yellow, a yellow-orange, and then the needles fall and turn the ground all around a pumpkin colored orange.”

Tamarack is a member of the Pine family; a conifer species that drops their needles each fall.

The mix of colors offers a dramatic seasonal transition that really lights up the scenery. Fall is the right time for exploration!

“It is a blast,” said Olson. “It can be a little cold, so dress warm! The ATV’s allow you to slow down and enjoy our special countryside.”