Grant's Getaways: A Snapshot Away

The Ankeny National Wildlife Refuge is the place where photographers can turn outdoor moments into works of art. 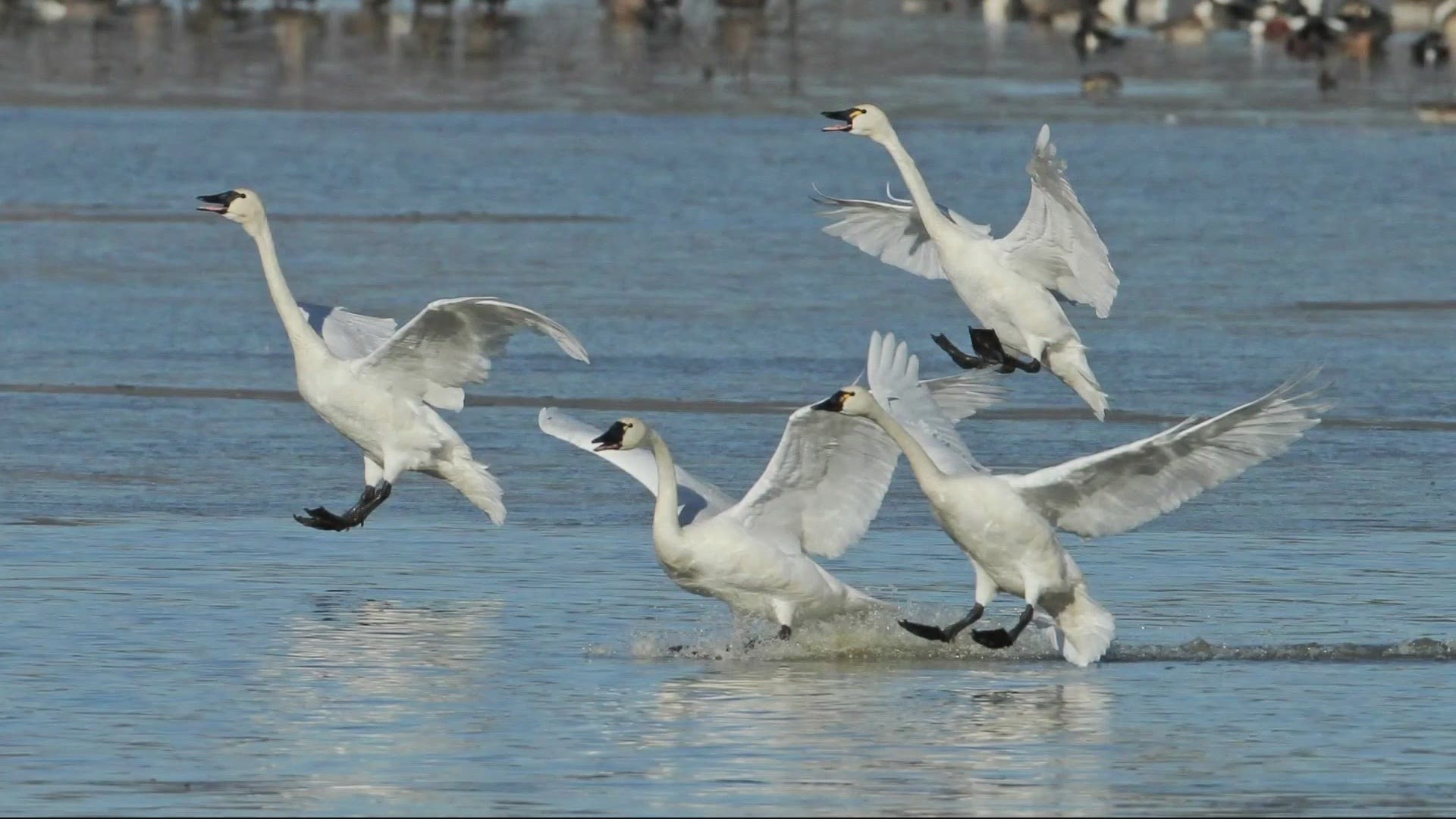 SALEM, Ore. — There is a remarkable wildlife show for those in the know at a wildlife refuge south of Salem. The Ankeny National Wildlife Refuge is the place where photographers can turn outdoor moments into works of art that are often a snapshot away.

Ankeny Wildlife Refuge is a birder’s paradise and Jim Leonard has the photos to prove it!

Leonard says more than 200 species live at Ankeny Natl Wildlife Refuge or pass through the area each year.

“What’s that? It’s a hawk and it’s coming this way – get ready,” said the famed Oregon wildlife photographer.

Jim Leonard added that Ankeny Wildlife Refuge, just 15 minutes from his Salem home, is a favorite site because it is so easy to reach from Interstate 5 – and – there are many hiking trails available to explore.

Many trails lead to wetlands or ponds where wildlife species are easy to spy.

1 / 16
Jeff Kastner
Stunning views of wildlife can be found at the Ankeny Wildlife Refuge.

Leonard says his strategy is simple: “I have found that the more I sit in one spot, the more often varied wildlife comes to me because if you drive to an area and hop out of out of your vehicle, well anything that’s close by will simply fly away.”

Ankeny Wildlife Refuge was established in the 1960s to keep wintering Canada geese here rather than neighboring private fields and also to protect a goose sub-species called “Dusky.”

Interestingly, Leonard says that nine years ago he didn’t know a robin from a ruddy duck.

He attended Salem Audubon Society classes and joined The Friends of Ankeny Refuge.

He says his world changed as he learned all about the birds that live in or migrate through western Oregon.

He added that his best photos capture wildlife in the great outdoors in some sort of action.

“I do like the action shots; especially birds of prey – the raptors! The other day I got a dandy when I came across an immature eagle sitting on a tree branch, minding his own business when this mature bald eagle came flying in and just attacked him. It’s talons were extended out and aiming right for the younger eagle’s head. The immature just fell off the branch backwards and took off as the mature eagle chased him out of his territory.”

Leonard is also a teacher for friends and newcomers who show up at Ankeny Refuge – especially on weekends - to endure the cold and wet for a chance to capture a wildlife moment.

His friends, Ron Mulbery and George Crock, recently said that Ankeny Refuge is an easy to reach outdoor treasure that more folks should visit.

“I really enjoy photographing eagles and the shots of the eagles out here are just something special all the time. One day our high count was 21 bald eagles roosting in nearby trees. That was remarkable,” said Mulberry.

“I came out here one Thanksgiving Day with a pair of binoculars,” added Cronk. “Oh my goodness, I was amazed at the waterfowl migration that was underway. After that, I started coming out here as often as I could. I was hooked.”

Leonard quickly added that most weekends there is quite a gathering of photographers – so much so that: “I’ve threatened to bring out a barbeque and cook up some hot dogs for everybody,” he said with a chuckle.

Leonard freely offers tips to anyone who asks and says a tripod is a must for a steady shot.

Plus, nearly half of the 700 shots he takes each day are from inside his truck with a contoured rest that supports his 10 pound 600 mm lens.

“If you get out of your vehicle everything may fly away whereas if you stay in and shoot out of the vehicle, then you have a lot better luck,” said Leonard.

Leonard says it’s the challenge of it all that he enjoys the most.

“You kind of get a high I guess, like when you catch the big fish or hit the good golf shot or something. As the seasons change you see so many different species – plus, you just never know what you’ll see next. I think it’s just the joy that comes from being outdoors.”