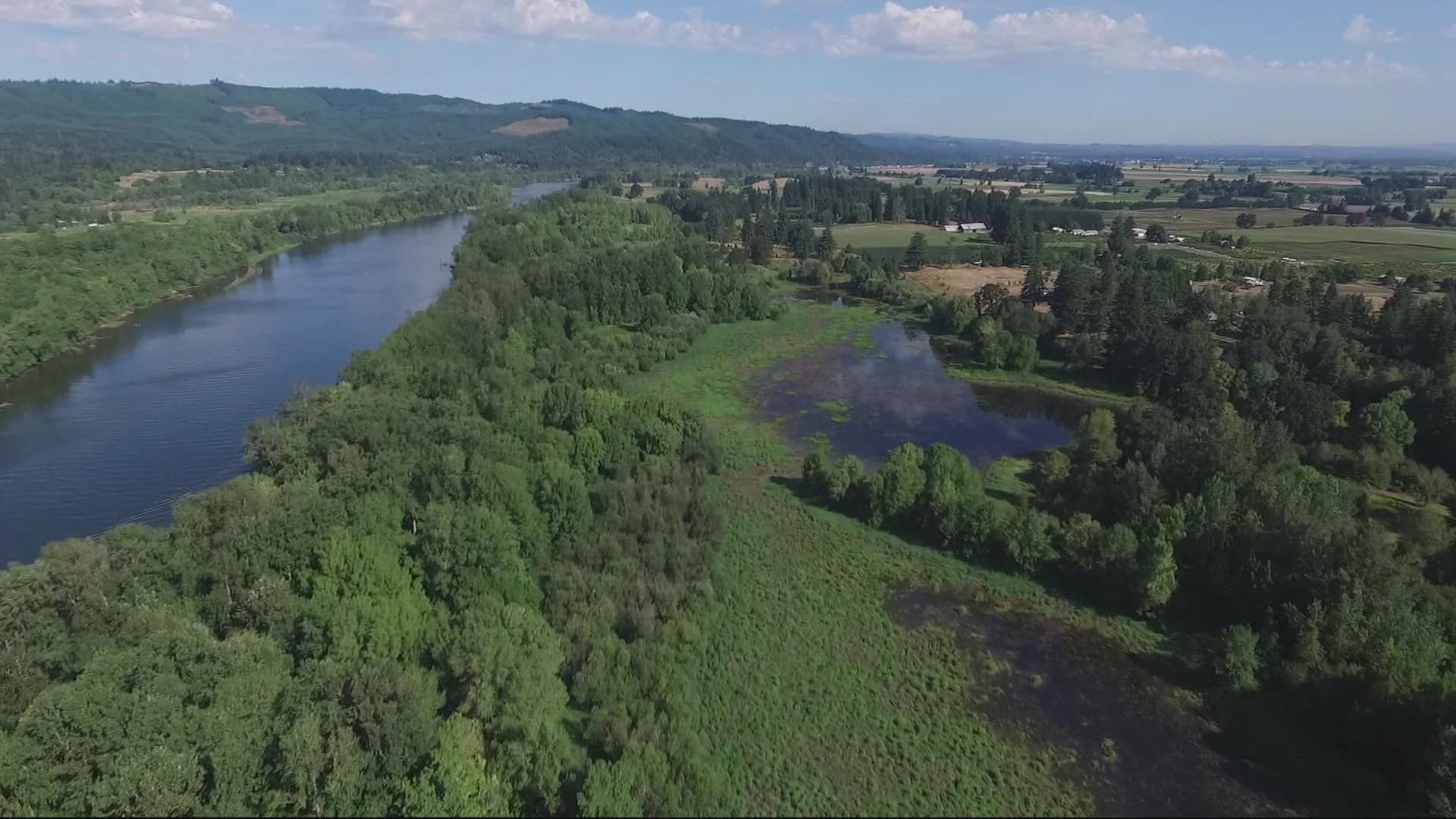 PORTLAND, Ore. — Trying something new and risky takes courage, but if you’re convinced that it’s right for you, the risk can often pay off with unique adventures.

Chris and I joined Steve Gibons, his wife, Bonnie Gibons, and a half dozen other adventurers for a daylong kayaking excursion.

Many of our fellow paddlers were relative newcomers to this stretch of the Multnomah Channel at Scappoose Bay, a place where tide and weather can change in a heartbeat.

But on this simmering summer day, the bay and the nearby Columbia River were smooth and calm, so no need for us to worry.

“We’re going to paddle out of Scappoose Bay and down the channel,” explained Gibons, a longtime paddler and former kayaking guide. “Our ultimate goal will be the northern end of Sauvie Island and a beautiful little area called Cunningham Slough. Remember, this is not an Olympic event! It’s about taking our time and enjoying the wildlife that’s in the bay itself.”

Finding a comfort zone on the glassy water came easy on a day that was filled with summer’s glory: clear skies, a gentle breeze and outgoing tide to ease our downriver journey.

More importantly, our small group of paddlers seemed to have the river all to ourselves on a stretch of Columbia River backwater that’s largely overlooked.

“I can’t tell you how many times people come out and say, ‘I can’t believe this is only 25 miles away from a city of a million or more. I feel like I’ve gone to someplace that would require days to get to,” said Gibons.

Sea kayaks draw only four inches of water, so we had easy access into tiny bays and sloughs — opportunity to see many different wildlife species like herons, eagles, osprey and black tail deer.

Bonnie Gibons offered: “Kayaking is the best way to experience wildlife because we are so quiet and can slowly paddle our way up close. Especially in the Sauvie Island-Scappoose Bay area – you can go for miles and miles.

"It’s a kayaking mecca!” she added.

It is certainly that — and much more. It's a place where nature’s touch restores your soul. You can schedule a kayak tour with Scappoose Bay Paddling Center.

If there is a more underrated Oregon State Park than Wapato Greenway Access State Park on the 16-mile long Sauvie Island, I certainly do not know where it’s tucked away!

Wapato Greenway is 88 acres of natural parkland with two miles of a looped trail, according to Oregon State Parks ranger John Mullen. “To some degree, it’s the peacefulness of the place that draws visitors. There’s not a lot of hubbub out here and it’s close enough to Portland you feel like you’re getting away even though you’re right next door.”

The site was once called “Virginia Lake” but was renamed when Oregon State Parks took over management in the '70s.

Native Americans knew the place well. They lived in the area by thousands and for as many years, and grew and harvested the namesake wapato plant.

“It’s a green arrow-shaped leaf plant that grows in the wetlands and Native people would cultivate it by planting the bulbs in dispersed areas,” said Mullen. “It’s been diminished quite a bit by invasive reed canary grass but in many of these areas, it’s been coming back.”

Wapato bloom with small clusters of white flowers this time of year. The plant was harvested by Natives in the fall, prized for its tuber – similar to a potato. It was a critical staple in Native people’s diets.

“It’s a lovely view and there’s a bench you can sit on. We also provide a picnic shelter area for a larger group to gather. Plus, the trail is really easy to walk,” said Mullen. “Basically, all you hear are the songbirds or the breeze through the leaves. A great place to visit!”

Oh, it is that and so much more — so hurry here soon and discover a state parkland that will fill you with pride.

Be sure to follow my Oregon adventures via the new Grant’s Getaways Podcast. Each segment is a story-telling session where I relate behind-the-scenes stories from four decades of travel and television reporting.

My next book, “Grant’s Getaways: Another 101 Oregon Adventures” will be published in the fall of 2022. 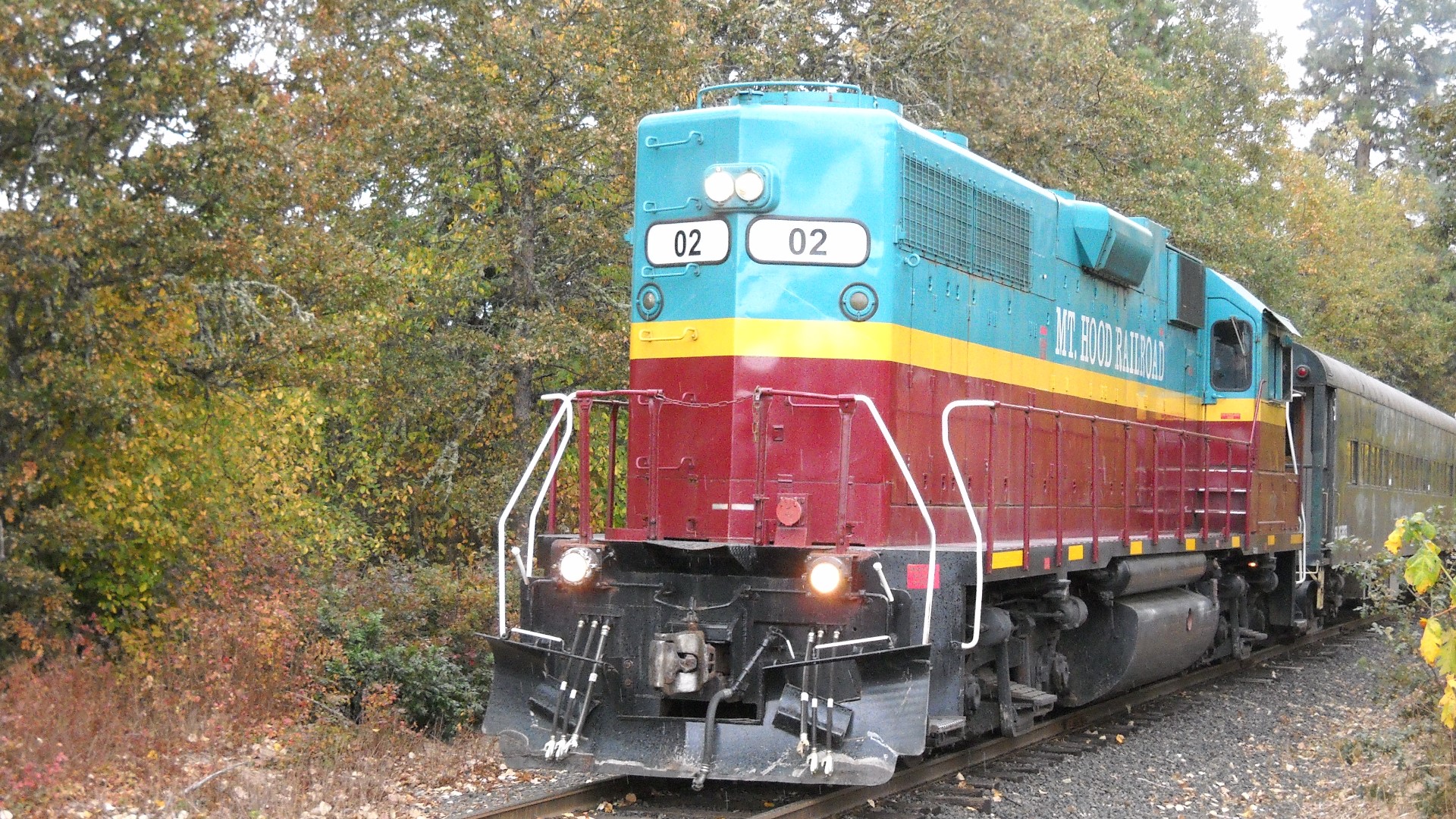