It's not a sign, billboard or advertisement, but something far more important. 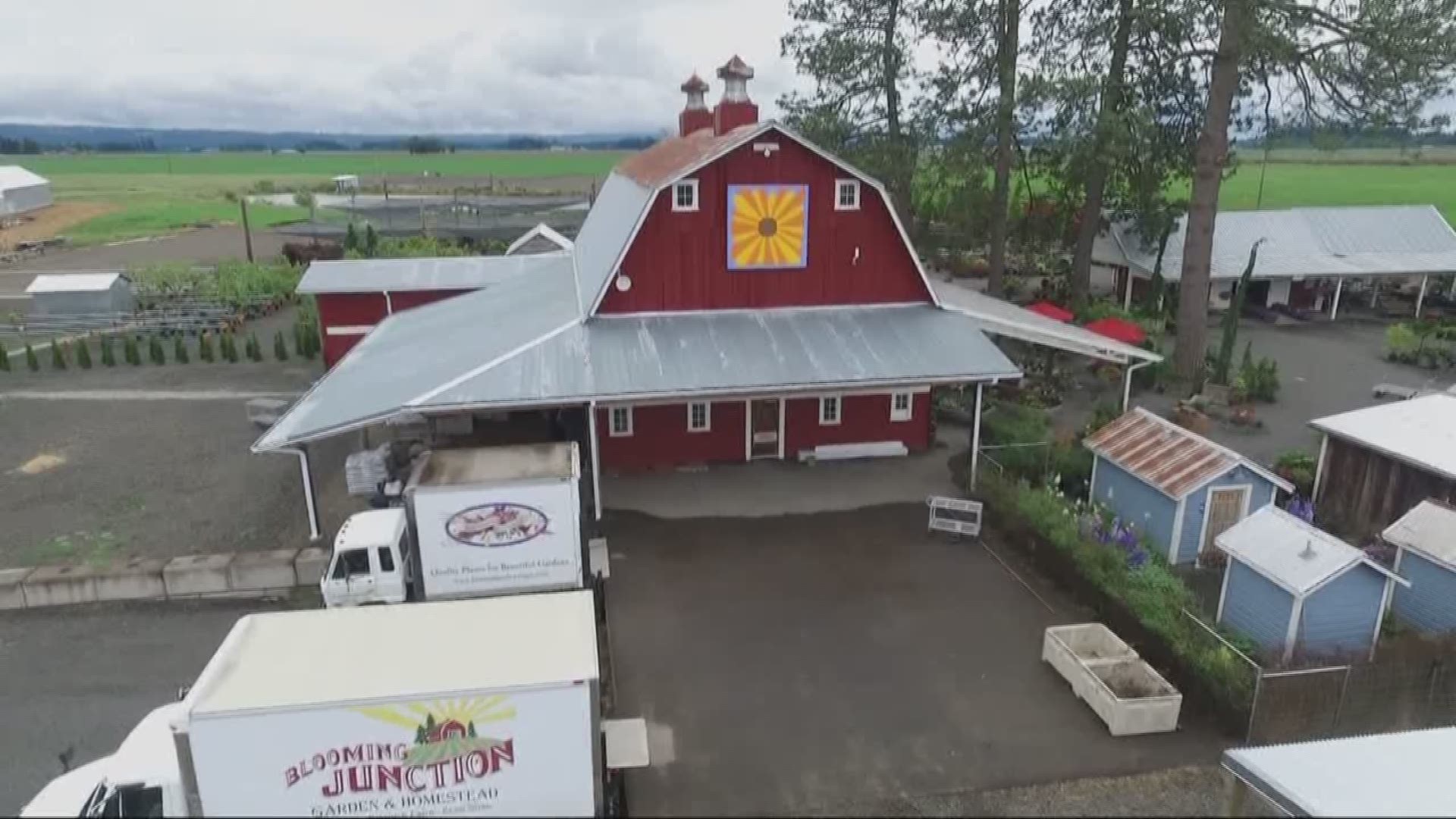 It’s not a sign, billboard or advertisement, but something far more important.

It’s called a “Quilt Block” and it’s a new tie that binds Mark Grossen to his family peach farm.

The idea of large wooden blocks becoming monumental sized quilt patterns was born among the members of the Washinton County Quilters Guild.

The guild members meet regularly and create beautiful quilts on a smaller scale.

The current project is for charity: up to 50 quilts created for the children of Camp Erin. It is the largest national bereavement program for youngsters grieving the death of a sibling or parent.

“It is sort of being wrapped in a hug, so it’s a special thing,” said guild member, Julie Mason.

Mason said she got the idea of wooden quilt blocks while traveling through the midwest a couple of years ago.

She thought quilt blocks could boost tourism with a positive visual message.

In fact, one of the first quilt blocks was installed atop the Guild’s home base, the North Plains Community Center – and it honors a longtime guild member and friend.

“It was one of Ronnie’s favorite designs,” added Mason. “It’s a log cabin variation and we are pleased to offer it to the community as a personal commemorative.”

Soon, there will be more than 50 across Washington County’s barns and buildings.

Mason said she teams up with barn owners to come up with meaningful themes and designs.

Behind the scenes, a small volunteer army design, build and paint the 8x8 wooden blocks.

Mason added that each is unique in color and design and most importantly, the stories that each block can tell.

“This is going on a very red barn and it is beautiful,” said Mason. “The flower is a Black-Eyed Susan which are in tones of yellows and golds and the center will be brown. The reasons why people choose a block are compelling to me and I want to capture more of those stories because they’re just so amazing.”

“This block was common among pioneer women who created quilts on the rugged trip to reach the Oregon country in the 1840’s,” noted Hess. ”So, it’s very much a traditional block.”

It’s also an homage to her pioneer ancestors.

“I picked this block because we see a lot of hawks out here on our family farm – which is also a Century Farm,” said Hess. “The Oregon Trail and a Century Farm just seemed to go together.”

Mason added that the Oregon Trail is a common theme across Washington County’s agricultural community and points to Lyle Spiesschaert’s covered wagon block as an example. The quilt block connects to his great grandfather’s real deal that rolled across the country in 1884 and continues to rest on the family farm.

Mason added that there is now a Quilt Barn Trail that you can travel, pause and consider. The online map guides you to more than 40 blocks with another 20 blocks on the way this year. It’s a terrific travel that puts you in touch with local history and will teach you more about an important side of your local communities.

If you like to explore Oregon with the family be sure to check out my new book: “Grant’s Getaways – Oregon Adventures with the Kids.” You’ll find 48 uniquely Oregon adventures that highlight the people, places and activities that will make the family feel right at home.

The stories offer detailed directions and promise to set you on your own path of discovery across Oregon. The new book is also available as e-book download so you can take my new book with you on the road.