But it’s true: Oregon does indeed have its own Niagara Falls! 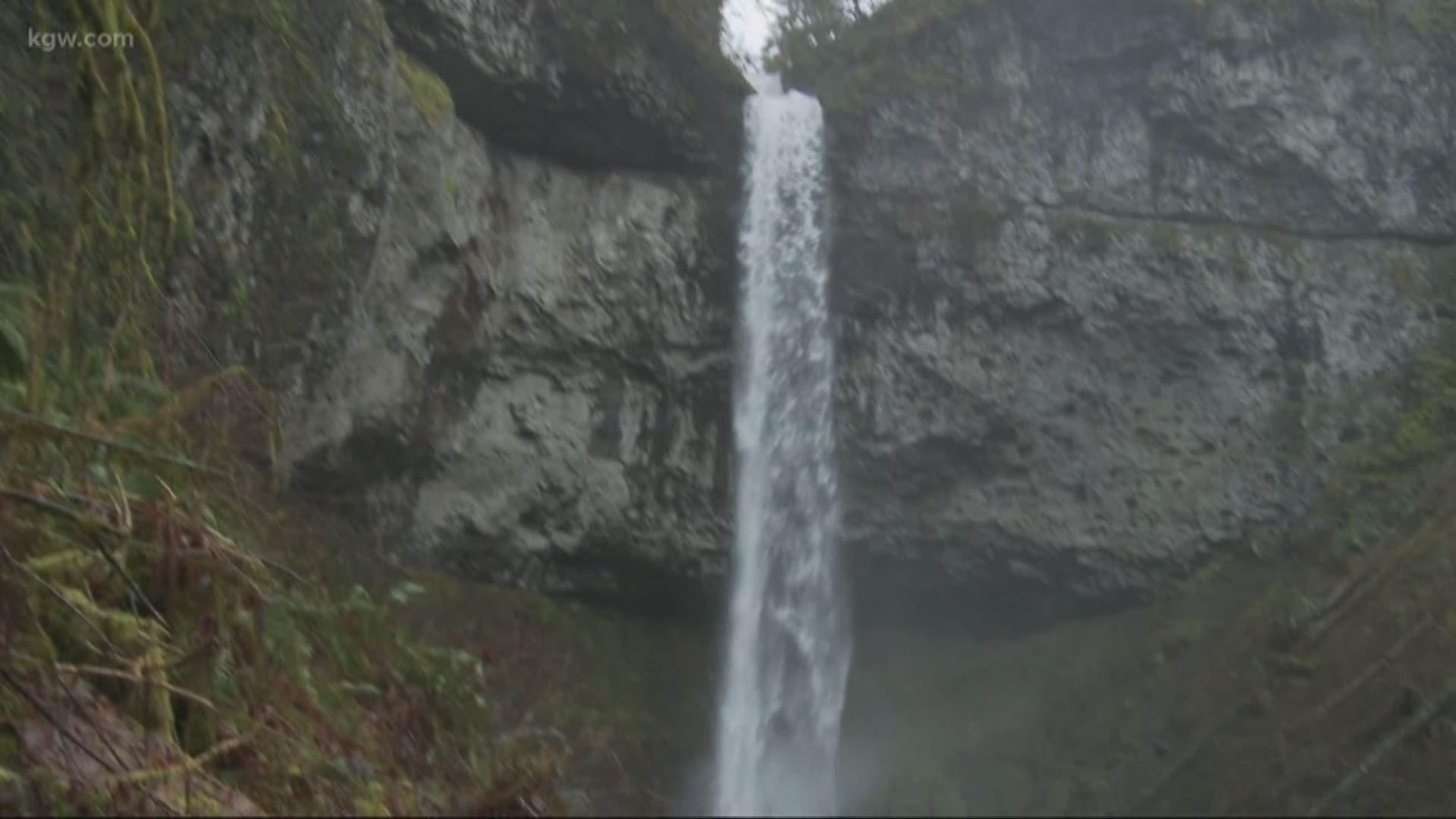 BEAVER, Ore — Back-road adventures are the very best. That is especially true for the ones that let you get a sneak peek at nature!

This week’s getaway may have you thinking you’re living in a distant state.

But it’s true: Oregon does indeed have its own Niagara Falls!

Back-road adventures with a sneak peek at nature are the best! And it pays to go with someone who really knows the way – like George Buckingham, a retired manager with the Siuslaw National Forest.

“It’s a little more out of the way and characterized as more difficult with some steeper portions, but it’s also only a mile down and a mile out.”

Our small hiking party sported cameras in hand, and each had a mission in mind as we trekked high in the coast range hills on a trail you’ve likely missed.

This is a place where the wet is measured in feet not inches and we were determined to reach a namesake falls that will surprise you:

“We get a lot of questions about that and they wonder – ‘did you name it after Niagara Falls in New York?’ – No, it’s named after Niagara Creek…which is a tributary of the Nestucca River.”

It's a little-known fact that Oregon owns its own Niagara Falls. It's not been borrowed from a distant state! After a mile-long hike and around a rocky bend, see that the signs fooled you for there are two waterfalls for the price of one hike!

“Yes, it’s amazing,” noted Buckingham with a wide smile. “We’re looking at Niagara Falls and Niagara creek down below us – but around the corner is the other part of the waterfall pair – Pheasant Creek Falls. So, two waterfalls that you can see at the same time.”

The first is Pheasant Creek and it tops out at 112 feet, while Niagara is a close second at 107 feet tall.

Both falls were born in the heart of these mountains and their waters have cut and worn and shaped the 40-million-year-old basalt into a giant amphitheater.

Don Best was drawn by the power of Niagara Falls – a true plunge pool waterfall that shimmers and whirls as it plows down from a cleft in the ancient basalt.

“I shoot a lot of different kinds of shots,” noted the longtime photographer.

“Because it takes a long while to get in here, I shoot every angle: down by the creek, up high and down low. That way I’ll catch something which ’re will turn out.”

Nearby, at Pheasant Creek Falls, photographers Michael Horodyski and Charlie Lonsford were pulled in by that waterfall’s closeness; so close each could reach out and touch its rich depth of character as a true cascade type waterfall.

“Today’s light is perfect because it’s overcast,” noted Horodyski. “And this is a great time of year because there’s not a lot of foliage on the trees – so you really center your shots on the waterfalls.”

Charlie Lonsford added, “There are a lot of falls in Oregon that you can take pictures of, but these are the types of falls that I like to shoot.”

If you determine to travel this way, be sure to follow USFS Technician, JW Cleveland’s advice: “Watch your step! It is slick and wet and steep. So, wear proper footwear and rain gear because you never know when something could blow in.”

A foot of rain has drenched the heart of the Oregon coast range the past four weeks so the forest, the creek and the falls are wringing wet. Get here soon.

In addition, be sure to check out  “Grant’s Getaways Guide to Wildlife Watching in Oregon” you will enjoy 48 uniquely Oregon adventures highlighting my fish and wildlife encounters. scores of colorful photos by “grant’s getaways” photographer, Jeff Kastner, show off some of our finest moments in the field.  you can also learn more about many of my favorite Oregon adventures in: "Grant's Getaways: 101 Oregon Adventures."