Grant McOmie shows us how an ancient story has caught on with Oregon adventurers. 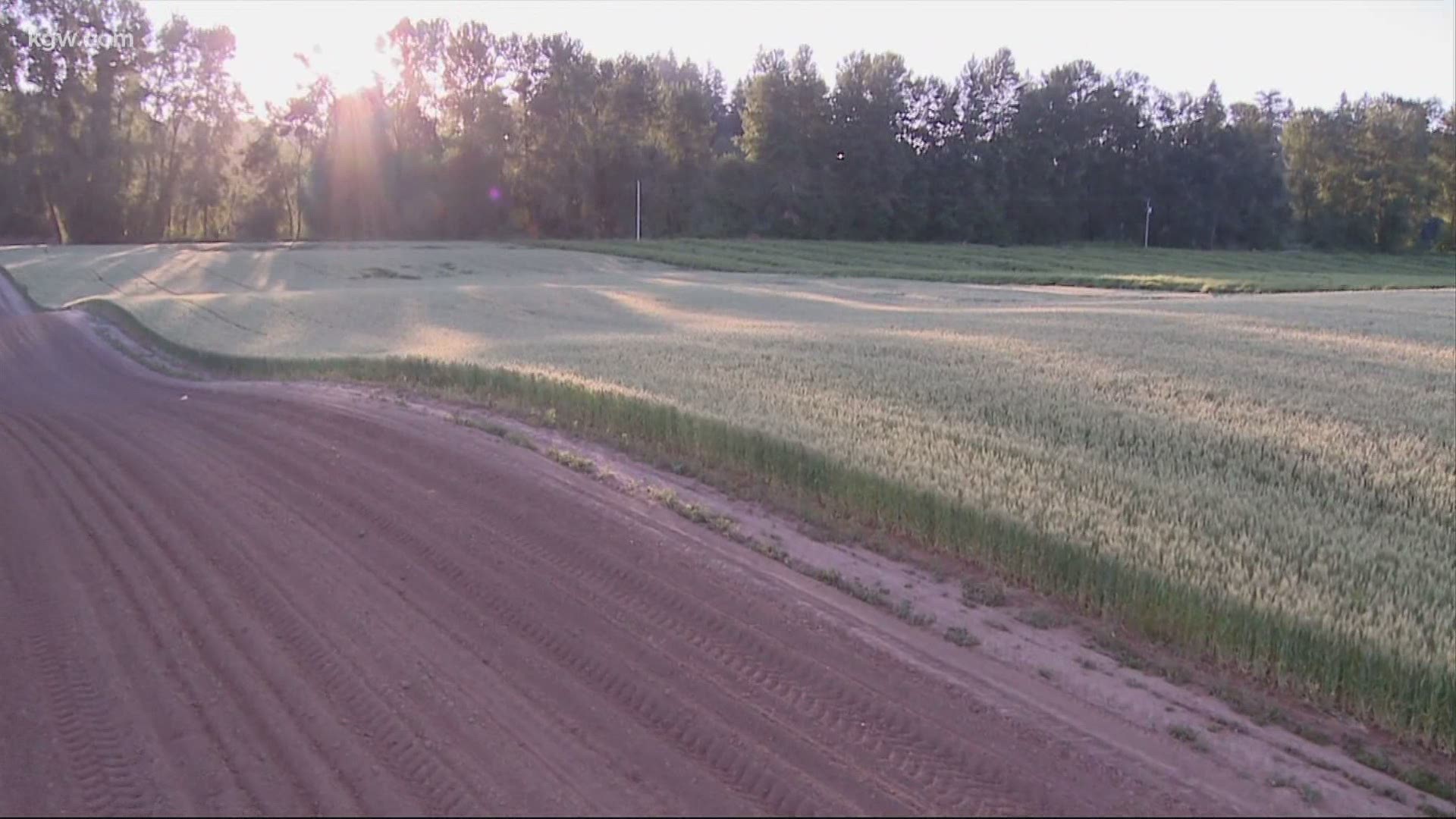 Rick Thompson is a detective!

Not a detective of crime, but Oregon’s geologic history.

Throughout the year, Thompson is often on the trail of one of the region’s oldest mysteries: how hundreds of granite stones from Montana ended up in farm fields across Oregon’s Willamette Valley.

“They’ve been in the ground a very long time,” noted Thompson on a recent field trip into western Washington County. “Farmers usually plow or till them up and they’re often just sitting where the icebergs left them as they melted.”

"The icebergs just floated around and then reached a certain area and sat there, melted and these rocks fell out."

The evidence of icebergs is all around the metro area too; like the hiking trail at Fields Bridge Park along the Tualatin River in West Linn.

As you stroll you learn much about the remarkable events that occurred 15,000 years ago.

In fact, one kiosk offers a colorful map that Thompson created of the Willamette Valley that shows off the ancient Lake Allison. It was a 400-foot-deep lake that stretched from Kalama, Washington to Eugene, Oregon.

The ancient lake was created when massive Lake Missoula burst through an ice dam and flooded the region.

“I used a topographic map and traced the 400-foot depth level all the way down to Eugene,” noted Thompson. “I drew all the nooks and crannies where the valleys would have filled with water and then I went back and put in all the major cities, towns and highways, so people can have a sense and appreciation for how much water there was in the valley.”

Thompson is a self-proclaimed “flood nut” and he said that the huge floods roared thru the Columbia River Gorge with water lapping at the ridge tops.

He said that the flood events occurred perhaps as many as 100 times.

In fact, not long ago we flew with Roger Anderson and his Vista Air Balloon Adventures over the valley floor and saw the lasting impressions of the flood events.

It offered a breathtaking view to be sure, but it was also quite revealing for we could easily make out Lake Allison’s marks on the valley floor.

We could see the rise and fall of the river and lake bottom that was created during the ice age floods.

In addition, you don’t have to travel far to see and touch ancient history too.

At 90 tons, it’s the biggest erratic in the state and you can visit it and touch the rock anytime.

Not far from that site is another huge erratic that you can visit and perhaps enjoy a glass of pinot too.

What makes erratics so special?

“Oh, the distance from it’s source,” said Thompson. “Plus, it’s all granite and to imagine the size of the iceberg that carried a 90-ton rock so far from its source is just amazing.”

The icebergs floated across Lake Allison for a time and most were pushed west by prevailing winds.

When the water dropped and the bergs melted, the granite chunks were left behind – like a ring around a bathtub.

“It affected the entire northwest and shaped the Willamette Valley,” said Thompson.

It’s true! You see, the floods or rock, ice and other debris scoured the Eastern Washington landscape of all its rich topsoil and then deposited it in the Willamette Valley.

It was the same rich topsoil from which early Oregon pioneers built a thriving agricultural economy in the mid-19th century.

Thompson speculated, “It’s interesting because if the flood and erratic events not happened, Oregon agriculture might never have developed either.”

It is such a powerful and compelling story that nearby Tualatin, Oregon has embraced it too.

Not long ago, Yvonne Addington, of the Tualatin Historical Society, helped arrange the delivery of two giant erratics that are now displayed at the Tualatin Heritage Center.

She said that local folks are betting the erratic story is something people will want to see and know better.

Put simply, she believes that “if you display the ancient rocks, people will come.”

“We have a strong interest in the ice age here,” said Addington. “A local man discovered a Mastodon skeleton in 1962 (it is displayed in the Tualatin City Library) and that has led into erratics conveying the power of nature that shaped of our community. It’s something that visitors and residents can enjoy and it has a special quality that no other city really offers.”

Back out in Washington County, Thompson continues to track down more erratics across farmland as he develops an Ice Age Trail.

He wants travelers to journey the region and learn more about the powerful forces that shaped the Oregon that we know today.

“It’s a detective story,” he said. “And I love mysteries!”

Be sure to follow the new Grant’s Getaways Podcast as I relate behind the scenes stories from nearly four decades of television reporting.