Grant takes us on a paddling adventure on the Nehalem River. 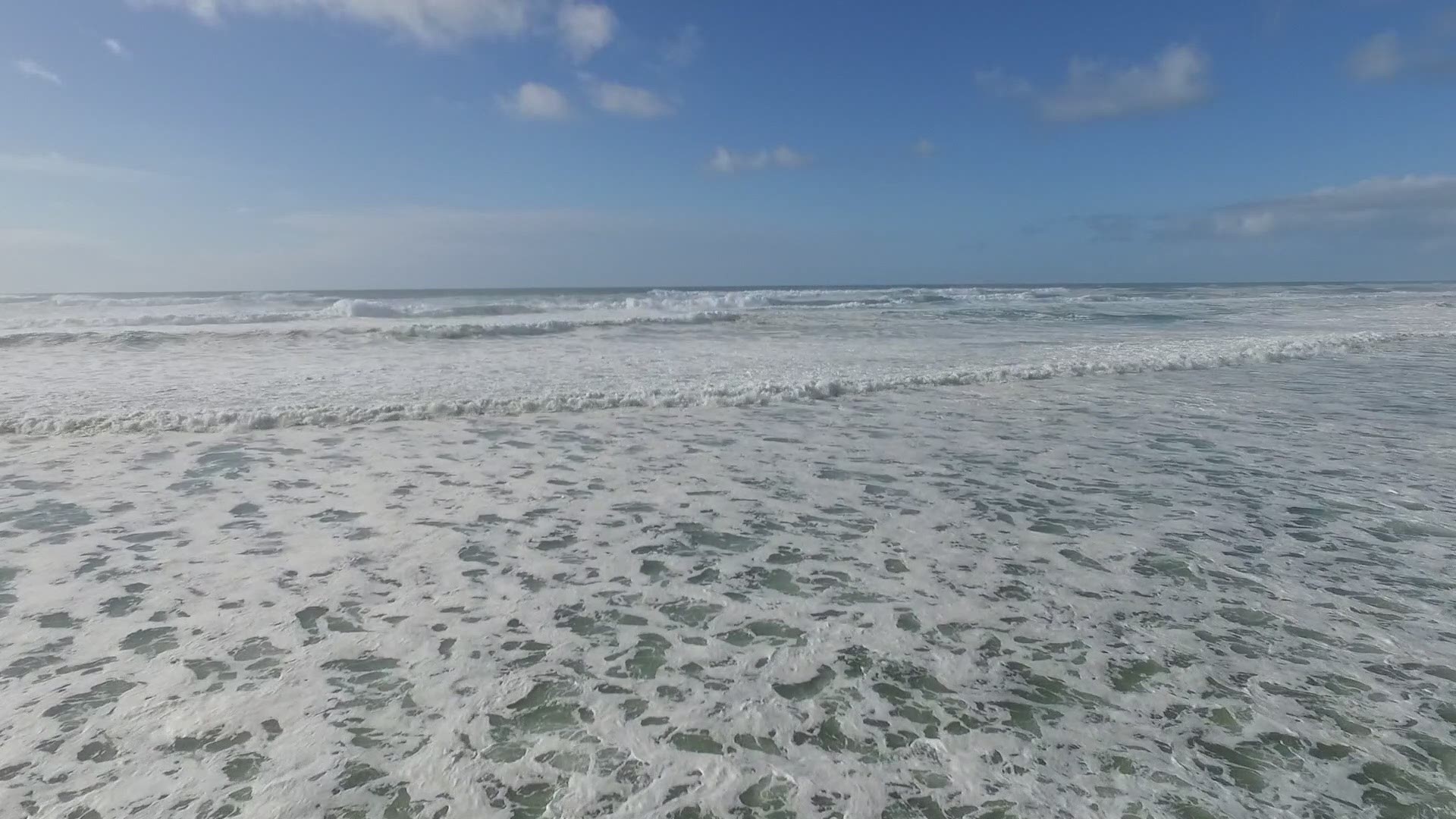 TILLAMOOK COUNTY, Ore. — Powerful ocean breakers can be deceiving along the coast. For if you know where to go, safe harbors like Nehalem offer a fine launch point that allows you to explore a calm corner of the region.

Ginnette Marberry is a guide with Kayak Tillamook and she says their twelve-foot long flat-water kayaks are broad of beam, stable and easy to maneuver.

Kayak Tillamook supplies the boats, the paddles, life jackets and the expertise while you slip inside the cozy confines of a sea kayak.

Marc Hinz, also a guide with Kayak Tillamook, said that all you need do is show up “dressed for the day,” but he cautioned: “Wear anything but cotton! Our standard mantra is ‘cotton kills’ because it absorbs the water and holds it to next to your body, so it’s bad news," Hinz said. "Good news are the synthetics or even wool clothing.”

Marberry has been exploring Tillamook’s coastal estuaries, where fresh water mixes with the salt for the past four years.

“I personally have taken people aged 5 to age 80,” Marberry said, “so, I’d say it’s good for everybody. It’s really a low impact activity that just about anybody can do.”

These days, it’s even easier thanks to waterproof paddling guides that are free and available throughout the county.

“I’ve lived here for twenty years and I had the privilege of mapping the Tillamook County Water Trail; all five estuaries, Nehalem Bay being one of them," Chick said. "This is one of the first bays that I got to explore, and I love it out here.”

A slow moving outgoing tide eased our paddling from Nehalem toward nearby Wheeler on a journey that also took us toward inter-tidal mud flats. Soon, we left Nehalem Bay proper and tucked in behind Lazarus Island.

From here, a Sitka spruce forest and marshland combine for shorebird and waterfowl habitat.

We paddled quietly through shallow channels and sloughs and eventually reached a bend in a channel. Suddenly, we spied a resident herd of Roosevelt elk.

Marberry whispered, “I think there’s close to 80 elk in that herd.”

“It’s always very special to see our resident herd of elk,” added Hinz. "In fact, I think the wildlife population, whether eagles, river otters or elk are more present or more common than we experienced ten, fifteen years ago.”

Nearby, we also explored a beautiful area called Bott’s Marsh that consists of nearly 40 acres of protected backwater.

“Bott’s Marsh is influenced by the tide,” said Marberry. “So, at high tide the water floods in here and there are several little watery fingers you can explore. So, you get to switch from being on this open bay and in a moment you’re back in this marshland.”

Best of all, the sun, the scenery and the pace not only relax the body, but also soothe the soul.

“It’s really about getting people out into this beautiful area,” said Chick. “It’s about becoming part of what’s out here. Plus, the people aren’t here yet, so if you can catch a Monday through Thursday for a two-hour paddle this is going to be all yours to explore.”