Visit a private parkland that sprawls across four acres in Clackamas County and where seven trains ride the rails so hundreds of park visitors can go aboard. 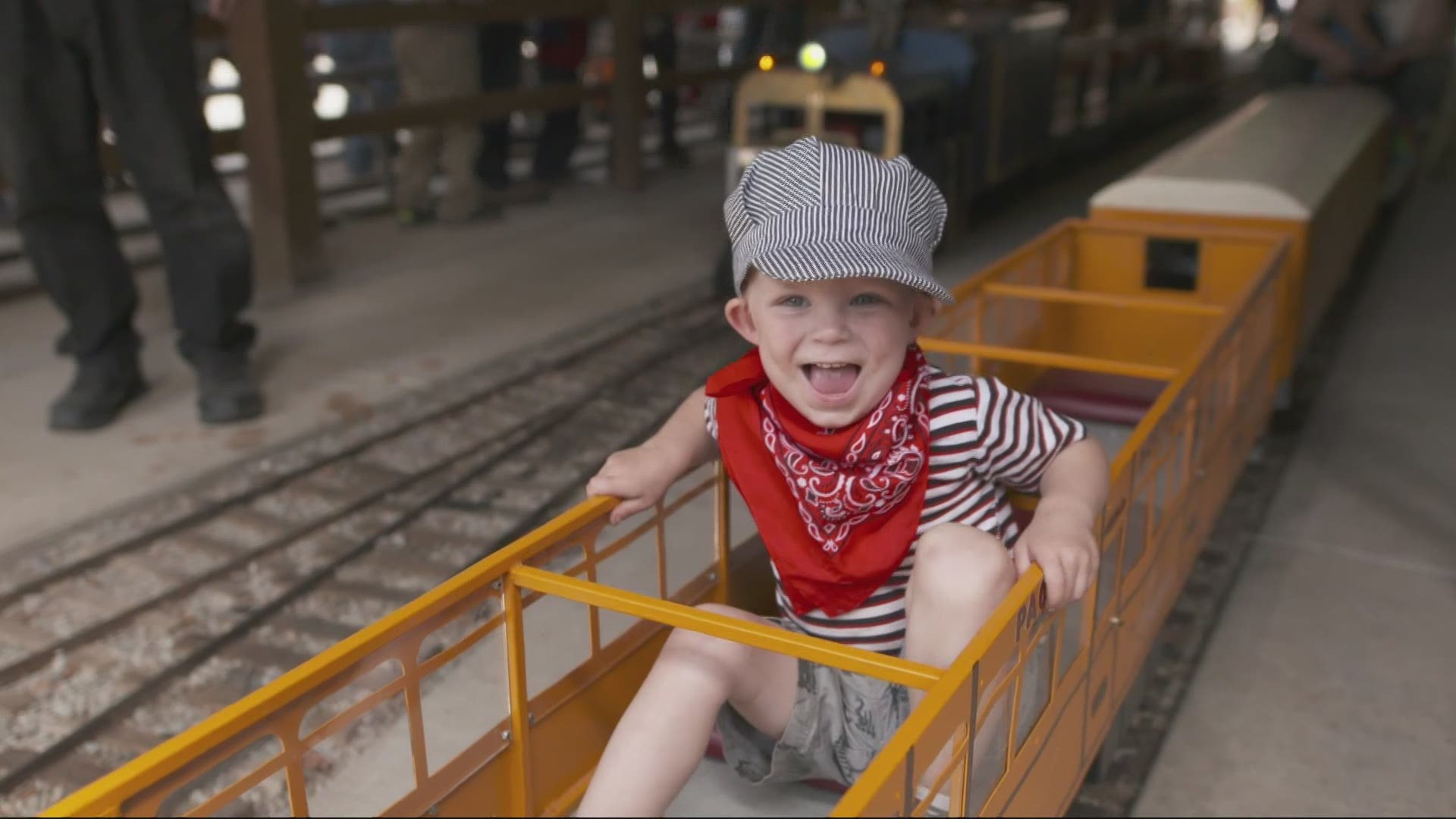 MOLALLA, Ore. — You can tell a lot about a community’s health by the parklands they support!

Molalla, Oregon has a dandy – where fried chicken and cole slaw are the picnic staples for scores of families enjoying a space with plenty of elbow room that also lets the kids play safely.

It’s a parkland where something special is always comin' 'round the bend at the Molalla Train Park.

A private parkland that sprawls across four acres in Clackamas County and where seven trains ride the rails so hundreds of park visitors can go aboard for a 10-minute ride.

“It’s awesome to see all their smiles, see the excitement, the look in their eyes,” said Pat Duling, President and engineer for the Pacific Northwest Live Steamers. ”Every kid loves trains and most adults do too although they may not admit to it!”

The Steamers is a train club whose members keep the engines running each week. Their trains are 1.5-inch model scale so big enough for people to sit on, ride and smile all the way

All of this the brainchild of founder Harry Harvey who put down the first track in 1954 as a gift to his community.

“When Harry started the park,” noted Duling. “He wanted it to be free for all people. So, if you were less fortunate, you could still come and have a great time and treat your family to an awesome day.”

And it’s still all free – each Sunday – all summer long!

Inside the “Dennis Jacobs Roundhouse,” the member’s locomotives are at the ready.

Dave Middleton and his son, Troy Middleton, agreed that their hobby is addictive.

“This is fun,” said Dave who added with a chuckle, “When it becomes work, it’s time to get out of the hobby!”

Back on the railroad, visitors Michelle and Travis Shatto love the railroad’s link to childhood. Travis said it “hit really close to home!”

“I was 12 the last time I rode,” said the beaming Travis Shatto. “That’s more than 30 years ago when my uncle was a member. He brought us here during the middle of the week and we had the place to ourselves and he ran us around for hours.”

His wife, Michelle heartily agreed and added, “It is so scenic and really brings you back to when you were a little kid.”

The Molalla Train Park is open to engineers of all ages and it will put a smile on your face – guaranteed!

My next book, “Grant’s Getaways: Another 101 Oregon Adventures” will be published in the Fall of ‘22.