Gran McComie takes you down Highway 30 between Portland and Astoria, stopping along the way to admire some of Oregon's natural beauty. 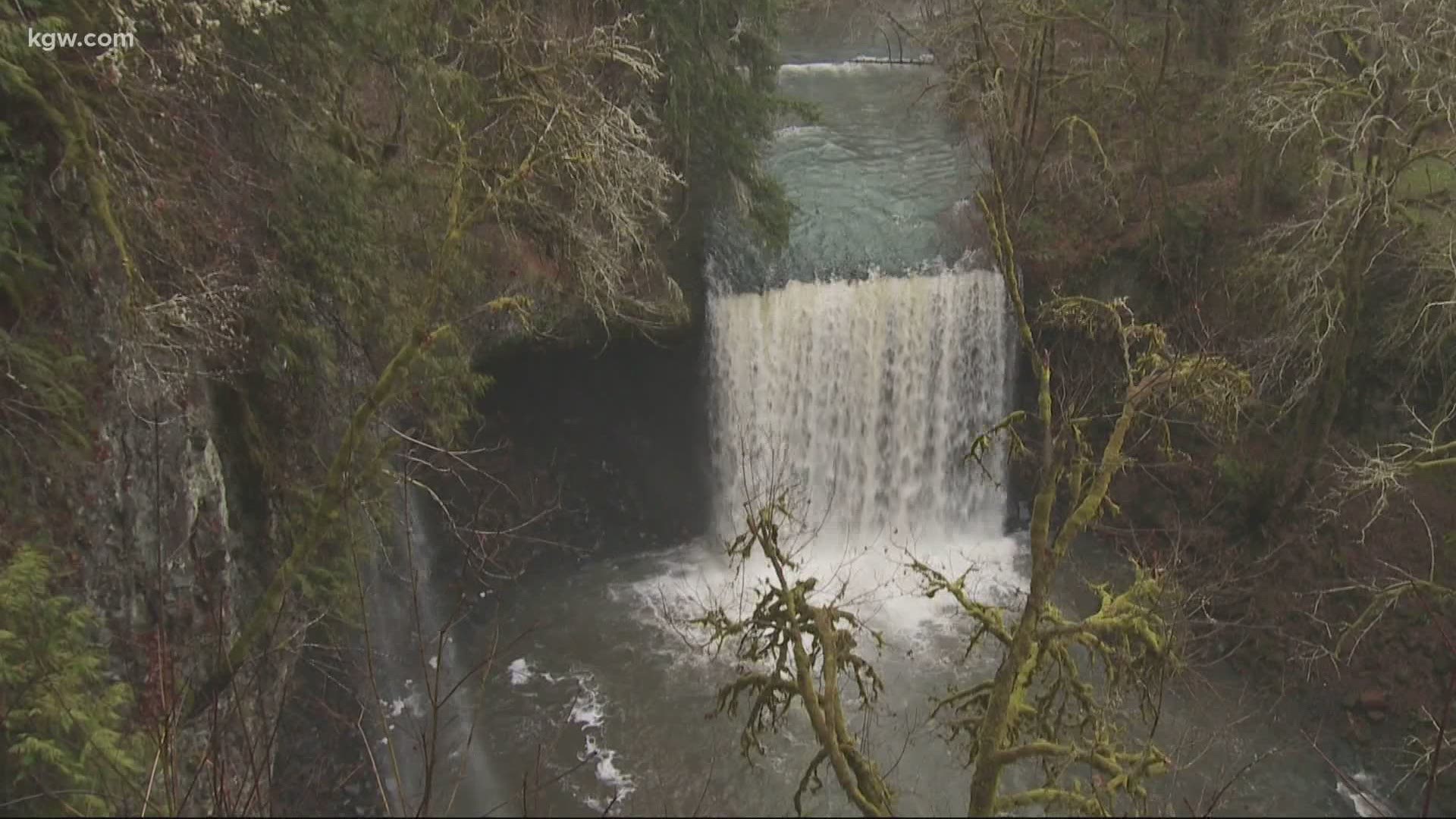 PORTLAND, Ore. — A cold winter chill may dampen, but never drown my spirit for adventure along Oregon roadways that are less traveled.

There is simply so much wild company between Portland and Astoria along State Highway 30 starting with Sauvie Island Wildlife Area.

It’s an Oregon Department of Fish and Wildlife site that caters to visitors, according to ODFW’s Mathew Keenan; those with or without feathers:

“We have three primary locations this time of year; one is Coon Point Overlook to Sturgeon Lake where you can always see waterfowl. There’s another further down Reeder Road to our Wildlife Viewing Platform and finally visitors can drive down Rentenaar Road. Folks are allowed out of their vehicles as long as they stay on the road, but they cannot go walking through the marshes.”

The route between Portland and Astoria may not be the fastest but that’s alright with me! Pull off the roadway and watch the B-52’s of the waterfowl world at Trojan Pond, near Rainier, Oregon.

The pond and adjacent nature park is owned by Portland General Electric and is open to visitors seasonally. The pull-off at the pond is open anytime.

It’s where Tundra Swans seem to fill the sky on 6-foot wingspans and then glide in for a well-deserved break.

Tundra Swans have wintered at this pond for decades and their stark white feathers are an impressive contrast against the otherwise drab backdrop of water and surrounding forest. The big birds really do light up the scene!

Swans mate for life and each winter they arrive from sub-Arctic homes in Oregon with their families including young-of-the-year birds called “signets” that are mottled in black and gray feathers as though covered in soot.

A little more than four miles past Rainier, just after you cross over Beaver Creek, dive off State Highway 30 onto Beaver Falls Road where waterfall wanderings take over along a lane that provides two falls for the price of one stop.

Upper Beaver Falls is easy enough to find; it’s mere steps from your car on the left side of this drive. Note the swift-flowing cascading rapid just above the main falls that drop 11 feet over basalt rock.

There is a deep pool below the falls that is no doubt a popular swimming hole on warmer days – but not on a winter afternoon where snowflakes mingle under a grey shaded sky.

When you make this short jaunt on Beaver Falls Road keep this in mind: the narrow, winding roadway was once the main state highway that was built more than a century ago.

It is one of the last remaining sections of the Old Columbia River Hwy and has five originally restored old bridges and two beautiful waterfalls.

Realignment of Highway 30 occurred decades ago and now Beaver Falls Road is a quiet, out of the way and barely noted lane---but perhaps that’s not so bad.

Continue your drive less than two miles further and watch for a chain-link fence on the left-hand side of the roadway.

Lower Beaver Falls is spectacular at nearly 50 feet tall and it drops like a curtain across rugged basalt rock. A word about safety is important: a tall chain-link fence separates the roadway from the steep-walled cliff and the creek flows far below.

There’s a narrow pathway that skirts the fence for one hundred yards. This is not for young children or folks afraid of heights and clearly, caution is critical. Trek at your own risk.

Soon, you’re back to the highway where the best is yet to come:

Eleven miles east of Astoria, Burnside Road is on your right and soon the Twilight Eagle Sanctuary is too. The site offers more than 100 acres of protected wetlands and forest that spread – like an apron – in front of the roadway.

Local photographer Neal Maine loves this place and he has the photos to prove it. He told me that “Paradise isn’t a place, but a place you decide to know about.” He admitted that he has certainly learned all about this corner of Oregon.

“There isn’t anything out there that I don’t enjoy! If it flies or tweets or makes a sound – everything’s in there – from elk to hummingbirds.”

Maine was instrumental in securing the Twilight Sanctuary more than 20 years ago. He called it a “community-based effort” to buy and protect habitat that provides important nesting sites for bald eagles as well as wetlands for other birds.

“The vista here is outstanding – maybe one of the best in the lower river. There’s always something going on with lots of ducks and geese, egrets and blue herons are always cruising by. You can kind of count on owning it at least for a few minutes when you come here – doesn’t draw a crowd.”

Highway 30 – The Lower Columbia River byway - requires you to slow down to savor places that are off the beaten path and offer so much so close to Portland.

“Grant’s Getaways: Another 101 Oregon Adventures” will be published in 2022.