Oregon’s backroad byways are the best! Grant McOmie found a good one where the sun shines 300 days a year. 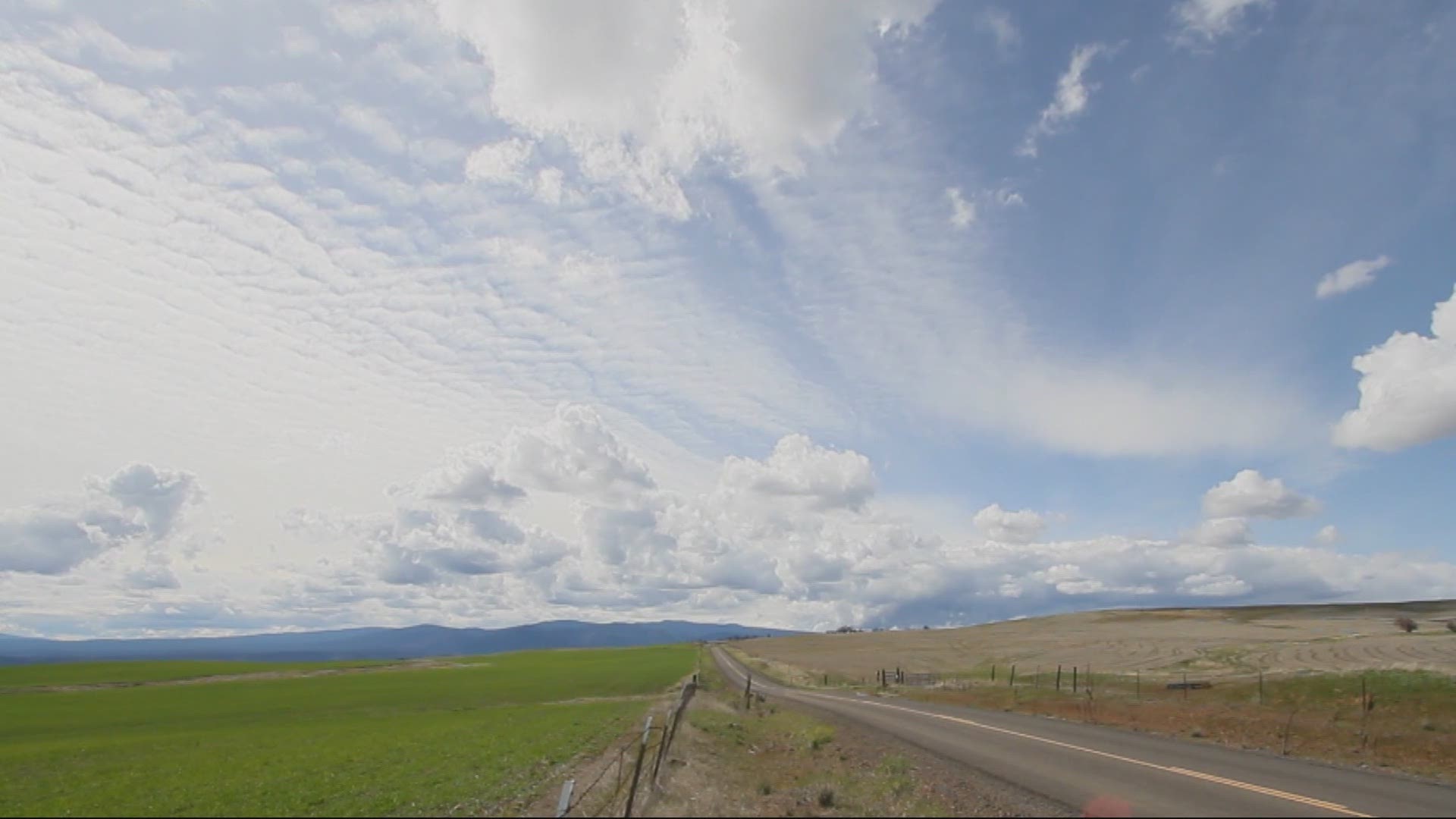 PORTLAND, Ore. — It’s only 90 minutes from Portland yet feels a million miles away from city hubbub and noise.

Across North Central Oregon, less than 20 miles south of The Dalles, you quickly see that distances are great and the people are few and times gone by are easy to find.

Oregon history buff Robert Waldron said that the Friend School, built in 1909, offers a sneak peek to the promising life that folks wanted when they settled in this part of the Oregon country.

“Life here could be dirty, bad, nasty and too short,” said Waldron. “But it held the promise of a new beginning. The availability of land was - for a lot of folks – the opportunity to start a new life.”

At Friend, Oregon, in Wasco County, life reaches back to the 1870s.

Named for a local homesteader, Friend was the sort of place that flourished for a moment and then disappeared.

“One of the beauties of Eastern and Central Oregon is that there are still lots of places like this – where you can find plenty of elbow room and live-in solitude,” noted Waldron. “It’s not for everybody – obviously – or everybody would be out here, right? But - look around. It’s gorgeous.”

1 / 11
Jeff Kastner
Grant McOmie checks out the views and ghost towns on the east side of Mount Hood.

You’ll be drawn to explore the rugged quarter-mile trail that takes you riverside where you discover something more: A complicated system of pipes and flumes diverted water from above the falls and then down into a powerhouse where electricity-producing turbines generated power for the region from 1910 to 1960.

The Dalles Dam construction and completion led to the White River project’s demise. It shut down in the 1960s.

For obvious safety reasons, Oregon State Parks does not want visitors inside the old powerhouse building that is falling in upon itself. “Keep Out” signs on the shuttered building make that message clear, so observe the signs as you explore the riverside scenery.

Do not forget a camera when you hike this path for the photo opps are numerous and stunning of the river, the canyon and the powerful White River Falls where two plunge pool falls drop more than 90-feet in dramatic fashion at this time of year.

The park is a popular picnicking, hiking and fishing retreat for visitors who wish to dip their toes in this corner of the greater Deschutes River corridor.

Soon, the roadway calls you back and you might consider a longer stay in nearby Dufur, Oregon; a small burg that holds on to its history.

Dufur’s early days reach back to the 1870s when it was home to the largest dry-land apple orchard in the country.

The town thrived thanks to the Southern Pacific Railroad that linked passengers and goods to The Dalles and the Columbia River.

When you step inside the Historic Balch Hotel in Dufur, you’ll feel right at home and appreciate that time hasn’t changed much at all.

Samantha Irwin said that the Balch Hotel is listed on the National Historic Registry and it was renovated in 2005.

Original brickwork wraps around a comfy interior marked by beautiful Doug fir woodwork. The Balch Hotel is a fine bed and breakfast for those seeking escape from city hub-bub and noise.

It is a remarkable place to call home when you are traveling – the Balch Hotel offers 18 spacious and comfortable rooms with views to the stunning eastern side of Mount Hood.

“You get to unplug for there are no TV or phones,” said Irwin. “It’s like a bed and breakfast and they cater to customer’s needs. It’s great and there are no distractions.”