Garibaldi offers the sort of waterfront that invites you to poke around until something special catches your eye. 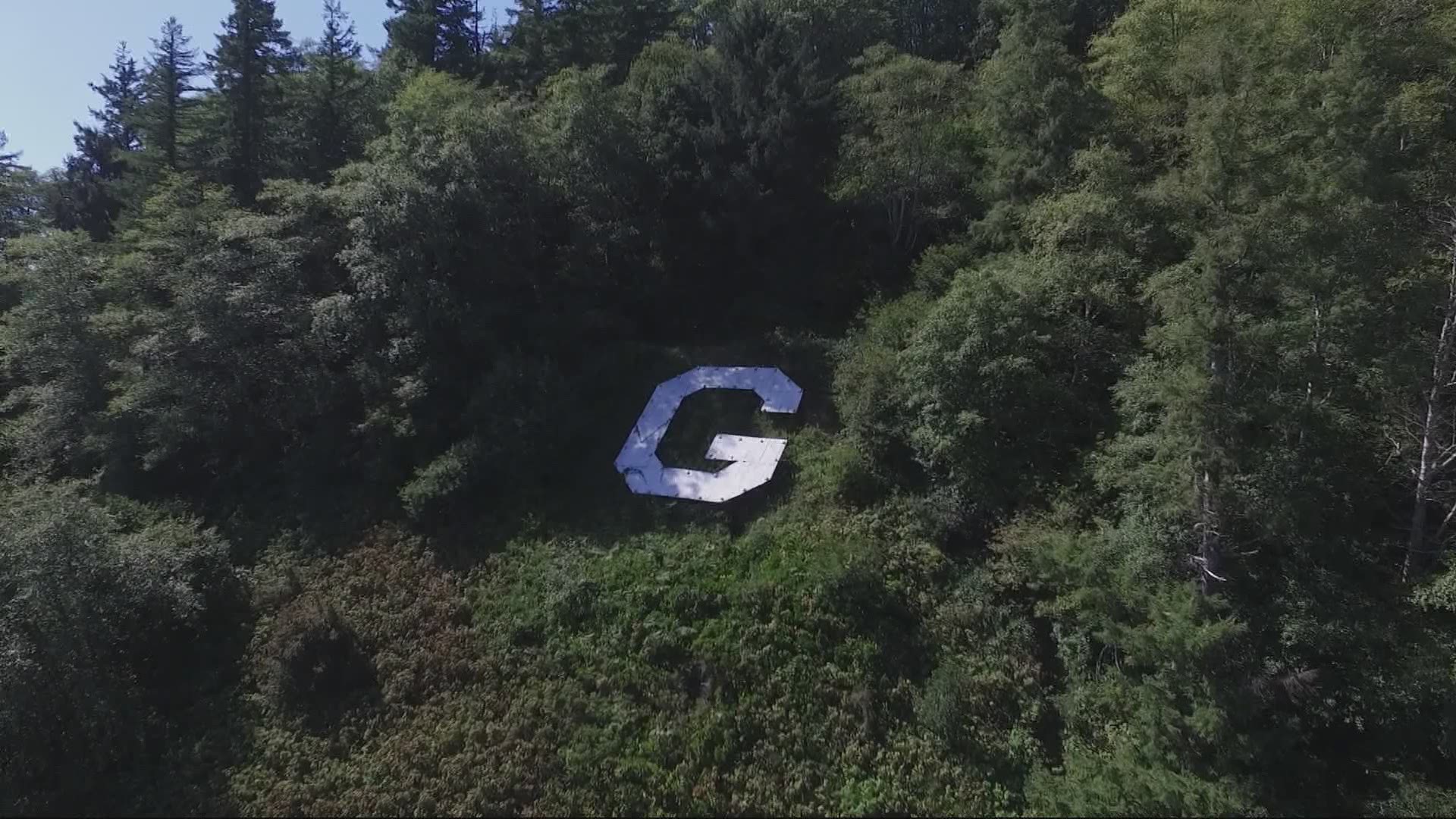 GARIBALDI, Ore. — At four stories tall, the Big G is a hard-to-miss landmark that’s towered above Garibaldi, Oregon since 1929.

Garibaldi offers the sort of waterfront that invites you to poke around until something special catches your eye: like the wind-powered art that mesmerizes, intrigues and pulls you indoors at Joe Gierga’s “Wind Spinners.”

“Everything is made by hand,” noted the longtime resident and artist. “You can’t can’t buy any of these parts and they will also last forever,” and with a wry smile, he quickly added, “It will outlast me, that’s for sure!”

“I start out my day by saying, ‘Hey, that looks good!’ or sometimes when I can’t sleep at night, I think about new designs and creations that I might build. It doesn’t take much wind to blow them around either.”

Gierga is a trained German mechanic who can weld, lathe and repair Volkswagens and Porsches. In fact, he did it so well that Volkswagen sent him to America in the early 1960s to teach American mechanics how it was done.

But 14 hour days, constant corporate pressure and too much drinking took his health downhill in a few short years. His doctor told him to change his lifestyle or his life wouldn’t last long.

His doctor also told him to “go do something you really want to do!” Joe noted, “I said, I like to go fishing!"

He landed in Garibaldi in 1967 where he learned a new trade. For 25 years, Joe Gierga was a fisherman who caught boatloads of salmon, tuna, bottom fish and Dungeness crabs.

He named his famous charter boat for his wife, Siggi Gierga.

“Life was so great for me, I feel like I owe society something and that’s what we do with the spin biking,” said Geirga.

Spin biking or spinning is done on a stationary bike that does not roll anywhere, but it has led Joe and Siggi to terrific health and fitness, plus a cycling passion that Joe knew as a kid.

In his youth, Joe Gierga became a National Champion in 1955. He even had a shot at Olympic fame at the 1956 Olympic Trials held in Melbourne, Australia.

His advice for most sedentary folks is simple: “get off the couch and get moving.”

“It’s never too late to start! You can start tomorrow, and you feel better the next day! I guarantee it. It really feels good.”

He built a half dozen spinning bikes himself that stand inside his cozy garage-turned-spinning studio. He and Siggi teach spinning classes each week.

Joe is in his 90s and Siggi is in her 80s, but both insist they’re “Goin' on 60” and agree that they have plenty of time left for payback.

“Society was good to us and we try to give back,” offered Joe. Siggi quickly added, “That’s why we don’t charge anything. If the students want to come in and join us, that’s fine with us.”

So, next time you spy the Big G on the hillside, slow down, look around and find the waterfront site that glistens and shimmers and offers a lesson worth remembering - not just a lesson on art, but about a life lived well.

“People think it’s artistry!” said Gierga. “Maybe for some, but for me, it’s just fun. I do it because it’s fun! Life is so great!”

My next book, “Grant’s Getaways: Another 101 Oregon Adventures” will be published in November, ‘22.