This week, Grant shows off the passion some Oregonians have for trains and the railroad. 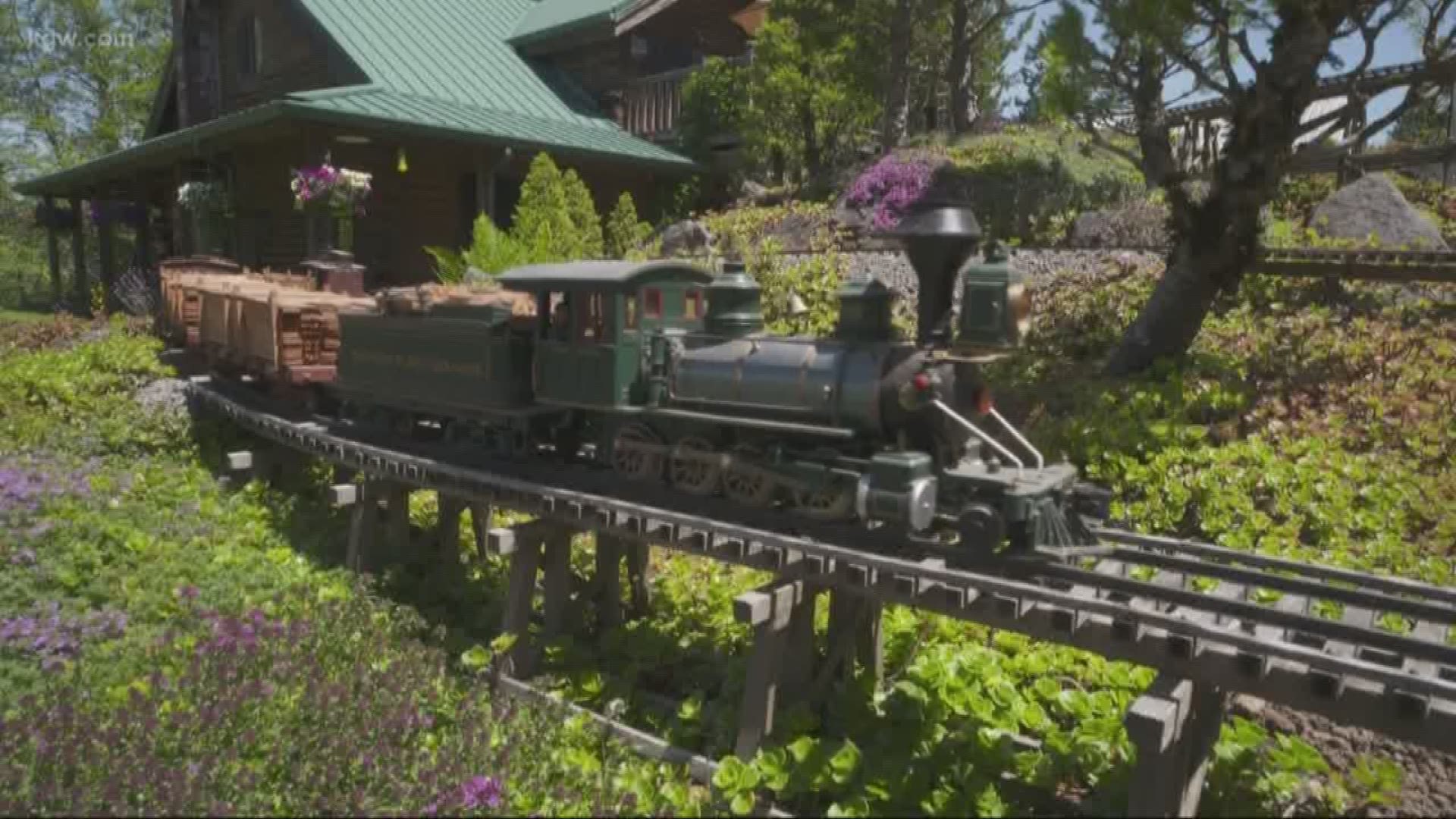 The beauty of traveling Oregon’s back roads and byways is the unexpected treasure that you might find along the way – not just the scenery, but interesting lessons about Oregon’s past.

So, when the train whistle blows near Sumpter, Oregon, one thing’s for sure: adventure isn’t far behind!

The young man strolled across the wooden planks of the McEwen Depot and played his part well in a period costume and a full-on character performance.

He continued: “So hurry and buy a ticket and then step aboard the 'Stump Dodger' because even a century later, this railroad is always on time.”

Up to four times a day, Baker County’s Sumpter Valley Railroad makes the 12-mile round trip run from McEwen Depot to Sumpter, Oregon.

It’s a railroad that reaches back to the early days of settlement in Northeast Oregon, according to the railroad’s operations manager, Taylor Rush.

“The railway meandered in and out of every canyon throughout the Sumpter Valley as it followed the timber line in the 1880s. In those days they said the railroad engine would dodge the stumps as it crawled up into the mountains and that name just stuck.”

Bentz continued: “The original purpose of the railroad was to haul logs down to mills in Baker City where they were cut and hauled out across the nation. But the railroad also hauled regular goods, passengers, and during cattle season, there would be long stock trains heading down to the valley.”

These days, tourists have replaced the cattle and timber. Folks travel here from all over the country to escape city hub bub and settle in for a slower pace and also learn more about Baker County‘s past.

There’s no doubt about it – the Stump Dodger connects you with Oregon’s past. It turns out, some folks just can’t get enough.

"It was back in time – just at the end of steam locomotion that I remember these great big behemoth locomotives roll by at a shattering pace and make all the glass windows shake,” said longtime railroad enthusiast Gary Lee.

Lee fell in love with trains as a boy and decades later, he’s the chief conductor and owner of his own Baker & Grande Ronde Railroad.

“I’m fascinated by the old West and how the railroad played such an important part in the development of it. There’s something romantic about a train," he said.

It’s a romance that he shares with his wife, Jonette Lee.

Over the past 15 years, the two have transformed their Corbett, Oregon, backyard into a narrow-gauge scale railroad that chugs across a make-believe Eastern Oregon.

“I sculpted all the hills and forests and other stuff,” noted Lee. “As fast as I would do that she came along behind me, planting ground covers and grooming the garden for our very own railroad.”

Jonette added: “We were novices and we didn’t know much about a garden railroad. So, we mostly used plants that were pretty forgiving – especially when it came to watering. It’s really lots of different ground covers, like herbs with nothing really over six inches tall. It all has to be to scale just like the trains.”

The work never ends, either! Gary spends all winter indoor putting together buildings, rail equipment and new track so he can spend all summer outdoors adding them to his railroad layout.

As many as seven trains can run on the 900-foot long hand built, hand laid track. Gary’s real joy comes from sharing it with young and older visitors alike.

His goal is to make the it all look as realistic as possible. For example, it took him a year to build the 22-foot-long trestle that climbs to the top of his Grande Ronde River Canyon.

Gary attributes his railroading passion to younger days with a dad who took his son to see the big trains roll across Oregon. Today, those times fuel enough memories to last a lifetime on a railroad where imagination travels.

“You know, just 100 years ago, it was the most advanced technology available to us in the West. There were few roads and most often the only way you could get around was by rail. That fascinates me. It’s my inspiration," Gary said.

You can see Gary and Jonette Lee’s Garden Railroad next week when they open their yard to the public as the Portland area hosts the National Garden Railway Convention. The event begins next Wednesday and runs through Saturday.

In addition, be sure to check out  “Grant’s Getaways Guide to Wildlife Watching in Oregon.” you will enjoy 48 uniquely oregon adventures highlighting my fish and wildlife encounters. scores of colorful photos by “grant’s getaways” photographer, Jeff Kastner, show off some of our finest moments in the field.  you can also learn more about many of my favorite Oregon adventures in: "Grant's Getaways: 101 Oregon Adventures."