Grant's Getaways: The early bird gets the big fish with First Light Fishing

Grant takes you on a fishing trip brought on by an act charity fundraiser. 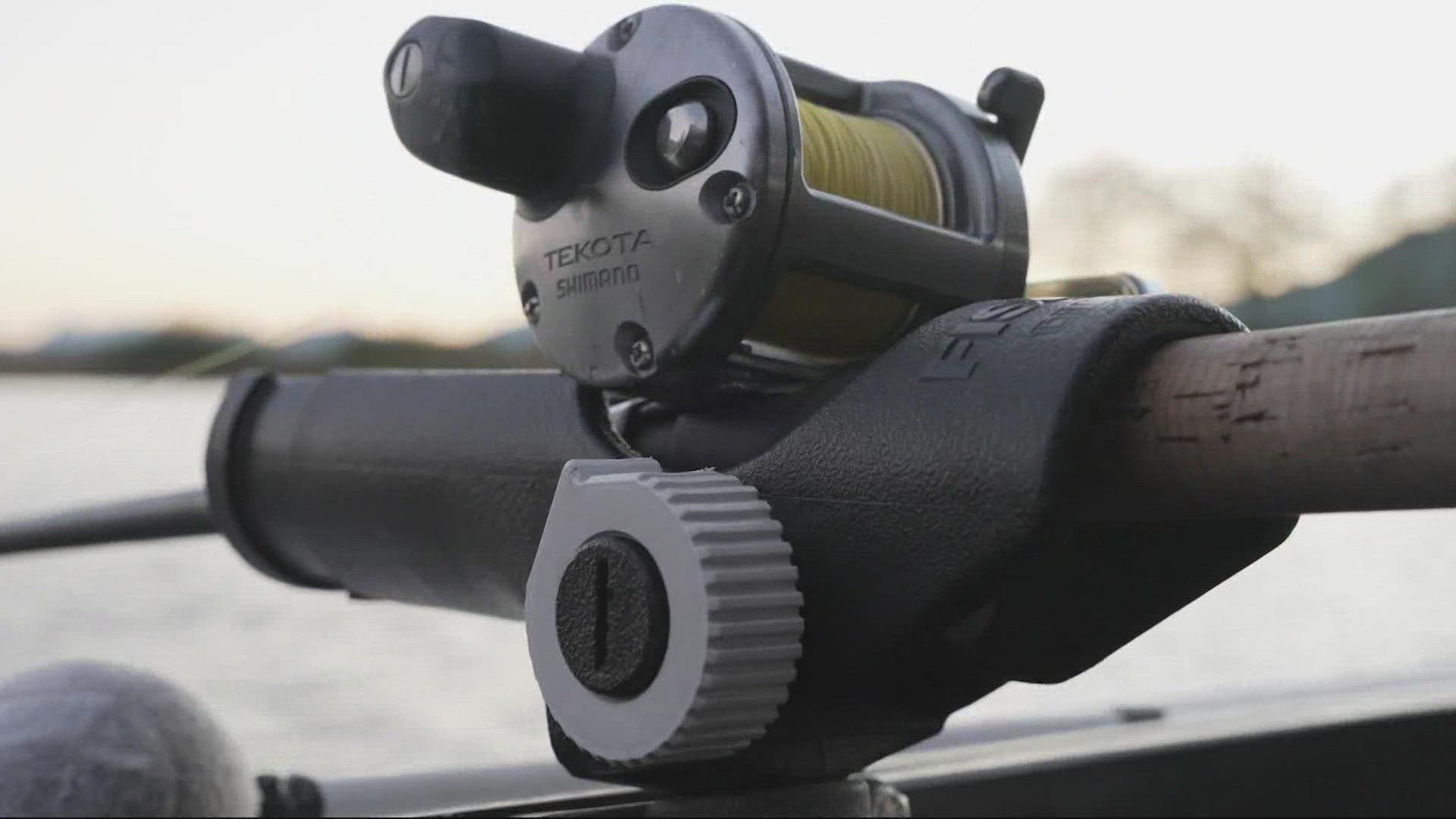 OREGON, USA — There’s a well-worn adage that goes: “It’s the early bird that catches the worm!” In the great Oregon outdoors, I have discovered the saying also holds true for catching big fish!

Recently, First Light Fishing paid off for a local couple on a special getaway trip to support a local nonprofit helping youngsters in the outdoors.

If there’s a finer way to start a fall day than First Light Fishing, I surely cannot say where or when.

Nehalem River tidewater holds hefty salmon at this time of year and longtime guide, John Krauthoefer, knows how to find them.

“We’re on an outgoing tide this morning at first light,” said the fifty year-veteran of guiding fall salmon fishing trips.  “It’s my favorite time of the tide too. I like the smaller outgoing tides, plus, it’s going to be a gorgeous day.”

Two special guests have joined us on this crisp fall sunrise: Matt and Shirlene Warnock. The couple love to explore the Oregon outdoors, especially at a time when coho and chinook salmon are on the bite.

Krauthoefer likes to troll for salmon in the Nehalem estuary; it has become his salt chuck of choice: “Fewer folks around,” he likes to say.

“The Pro Trolls are big flashers that spin around in a circle, which attracts fish. There is a small rudder of a sort on the flasher so that even at an extremely slow speed, the flasher will rotate in a large circle which causes a bigger flash.”

That large flash draws in bigger fish too.

Shirlene was the first to find that out!

Her rod doubled down and she hoisted it out of the holder as the line zipped out of the reel – the fish had taken the spinner solid - and it was heading up the river.

“Ya gotta fish on,” yelled our guide. “Now, when it stops, you keep a tight line to the fish and then lift, reel fast as you lower the rod and then lift again. Take it nice and smooth and steady and we’ll eventually get him.”

This was Shirlene’s first salmon – ever!

Soon, the fish was on the surface and near the boat and John glided the net under it.

“Welcome to the Nehalem, Shirlene, said the longtime guide. ”You’ve got a beautiful Nehalem chinook”

“Oh my gosh! I thought it was big because it was so strong and so fast,” replied the first-timer. “That is a beautiful salmon!”

It was all of that and more for Shirlene Warnock who admitted she had been looking forward to this trip ever since she and her husband had won the trip at an auction.

You see, the Portland couple are big-time supporters of the not-for-profit, Bald Faced Truth Foundation.

Canzano offers stories and observations that make you think and make you care – not just about sports but about your community too.

One of the ways they raise funds for Camp Exceptional is through the annual BFT Radio Auction. John and Anna host the event on 750AM-The Game each November.

“It’s a camp for all kids, said Canzano. “It’s kids who have challenges and kids who don’t who come together and get some understanding of each other. I know we call it a sports camp but it’s really a relationship camp and a win-win for all involved.”

The Warnock’s believe supporting Camp Exceptional is a big win for them too.

“We have always tried to be very charitable, and I think giving back is pretty important. I heard about John’s BFT Auction on the radio and I got on the internet, figured out what the camp was, what and who it served and I decided that I wanted to be involved. So, we bid on the Grant’s Getaways auction item and we won.”

“Plus, getting to do this with you, Grant, and give back to help others at the same time, that was behind it too,” added Shirlene.

Matt Warnock shared that he has fond memories of being a kid and fishing the Deschutes River for trout and steelhead. He has even fished aboard the dory boats out of Pacific City. The chance to be outdoors in Oregon is what he enjoys the most.

“Whoa, whoa, whoa,” shouted Matt as a fish grabbed his spinner and proceeded to swim away with it.

“I tell people all the time, be ready for it always happens when you least expect it,” said Krauthoefer with a huge smile.

Matt soon landed a 20-pound fall chinook and he smiled as he enjoyed such a fine reward for such an early start to the day’s adventure.

“Yo baby, it was worth the extra effort to get here in the dark,” said Matt with a beaming smile. “At first, I thought I was snagged but then it began to move away – and fast. That was fun and it was great!”

Shirlene added with a laugh, “It was wow! I was excited too and I have to admit, now, I get fishing and I’m ready to go again – in fact anytime but especially at first light!”

“Grant’s Getaways: Another 101 Oregon Adventures” will be published in the Fall of 2022. 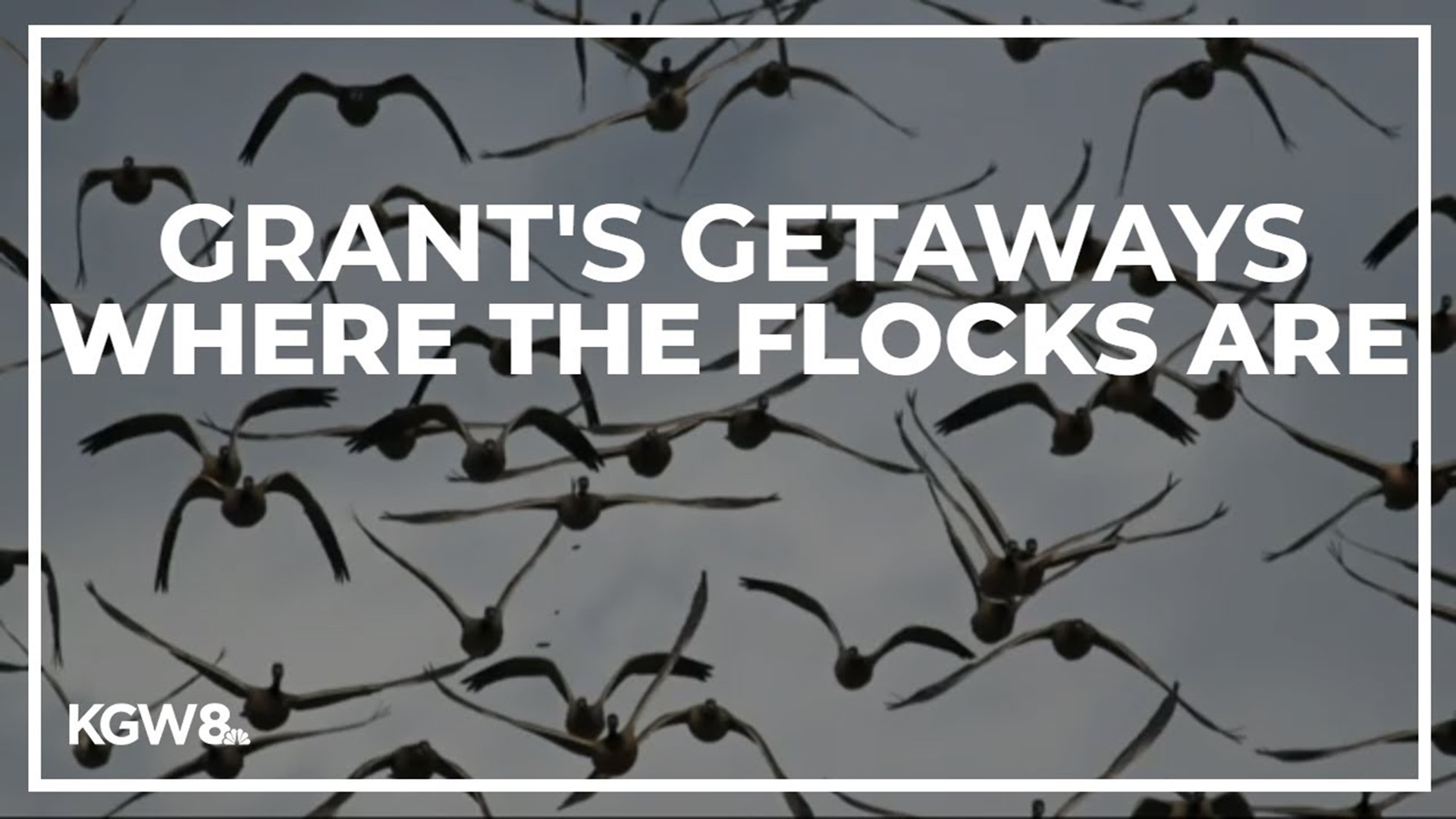