It's an exploration that provides a direct route to solitude on a gentle road that winds for more than 40 miles. 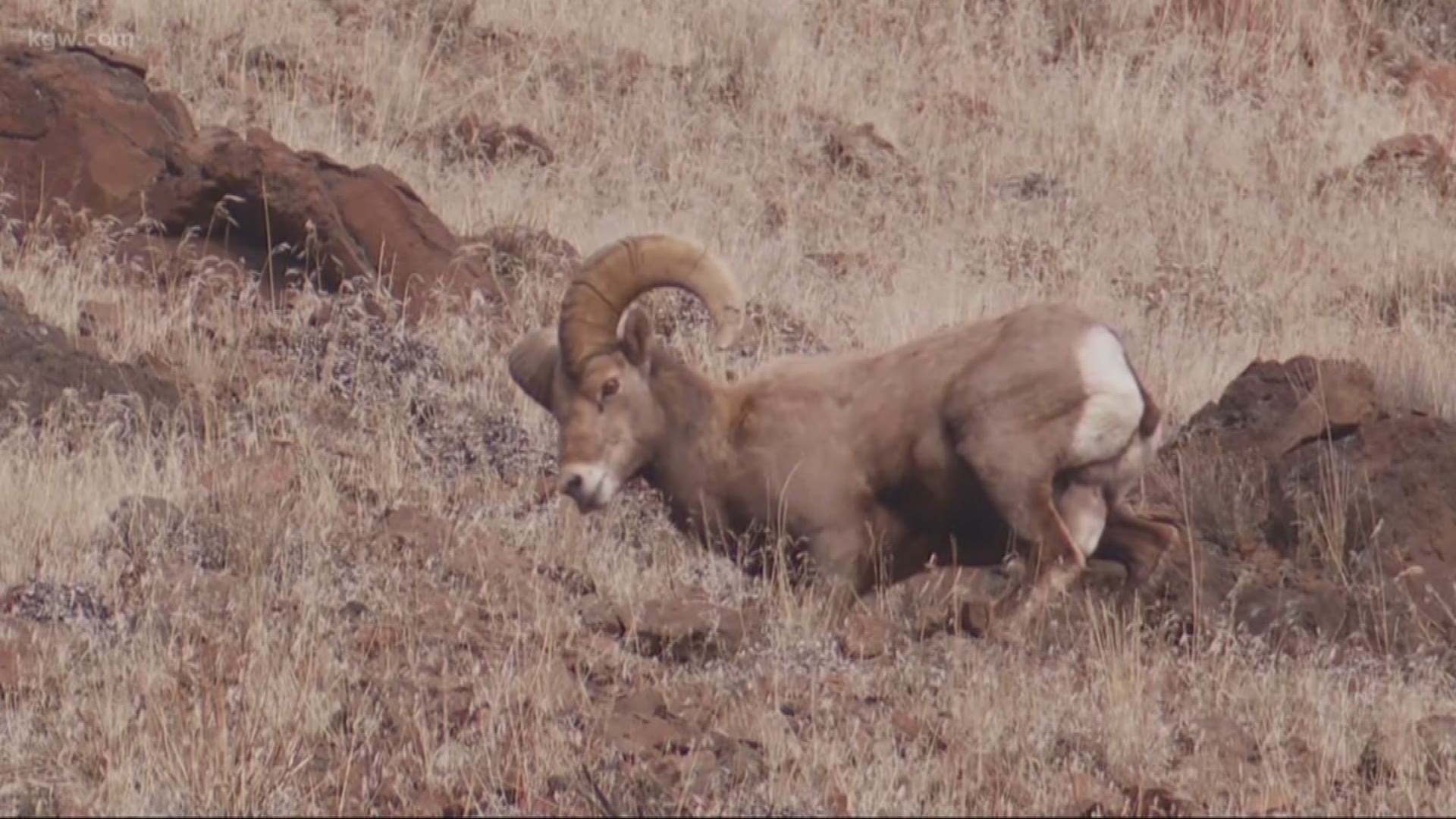 Oregon’s back roads are the best! They can lead you down trails to secret hideaways – like the one that is less than two hours from Portland along the Deschutes River Back Country Byway.

This place may feel a million miles away, but it’s where the action is to see the Bighorn Sheep of the Deschutes River Canyon.

At Lake Billy Chinook near Madras, Oregon, there is an age old predator-prey game amid the timeless rimrock country this time of year

Oregon State Parks Manager, Paul Patton said the lake has long been a drawing card for eagles too!

“You will see bald eagles and golden eagles in their daily routines. You never know what’s going to happen at one of the viewpoints and at Overlook Park.”

Less than an hour away at Maupin, Oregon, you can begin a unique journey along the Deschutes River for an exploration that provides a direct route to solitude on a gentle road that winds for more than 40 miles.

The Lower Deschutes River Back Country Byway is surrounded by canyon walls that tower above lonesome boaters who own the river this time of year.

Many of the columnar basalt cliffs reach hundreds of feet high and where wildlife biologist Jeremy Thompson watches for movement among the rocks.

“In the sun, the big horn sheep horns shine a bit yellow and I have heard them referred to as ‘bananas,’ so I am looking for bananas on the hillsides,” noted Thompson with a smile.

The Deschutes Byway hides bighorns and it takes a keen eye to pick out the wild sheep that blend with the background so well – the females called ewes gather in small herds, added Thompson.

“They are pretty gregarious and like to hang out together and you’ll find little groups of 10-12 generally throughout the fall and winter.”

On the other hand, Thompson added that the male big horn sheep, called rams, are more solitary.

“All big horns have horns, but the ewes typically don’t get over 6-7 inches long and once a ram gets to more than a year old, his horns are much bigger than a ewes. In fact, as the ram grows older you will see the horns curling way back and are much bigger at the base.”

If you wish to travel to the Deschutes and watch for big horns, dress warm, don’t forget binoculars and most of all bring patience!

“Many people will travel the byway, stop and look and not see them,” added Thompson. “If you just sit down and watch and look closely at some of these bigger cliff complexes, eventually they will see them. They are there!”

I feel a certain wonder when visiting places like this, where the geology is worn so well on the landscape’s sleeve; especially early in the morning or late in the day on a clear day, when the sun dances across the cliff’s surfaces and shadows lengthen and cast an eeriness to the place. It’s a drive that will set your clock back--and you’ll be the better for it too.

In addition, be sure to check out  “Grant’s Getaways Guide to Wildlife Watching in Oregon.” You will enjoy 48 uniquely Oregon adventures highlighting my fish and wildlife encounters. scores of colorful photos by “Grant’s Getaways” photographer, Jeff Kastner, show off some of our finest moments in the field. You can also learn more about many of my favorite Oregon adventures in: "Grant's Getaways: 101 Oregon Adventures."