Victim identified in fatal wrong-way crash on I-84

Court documents say the suspect told paramedics he snorted cocaine before the crash, and his blood alcohol content was 0.134%, which is above the legal limit. 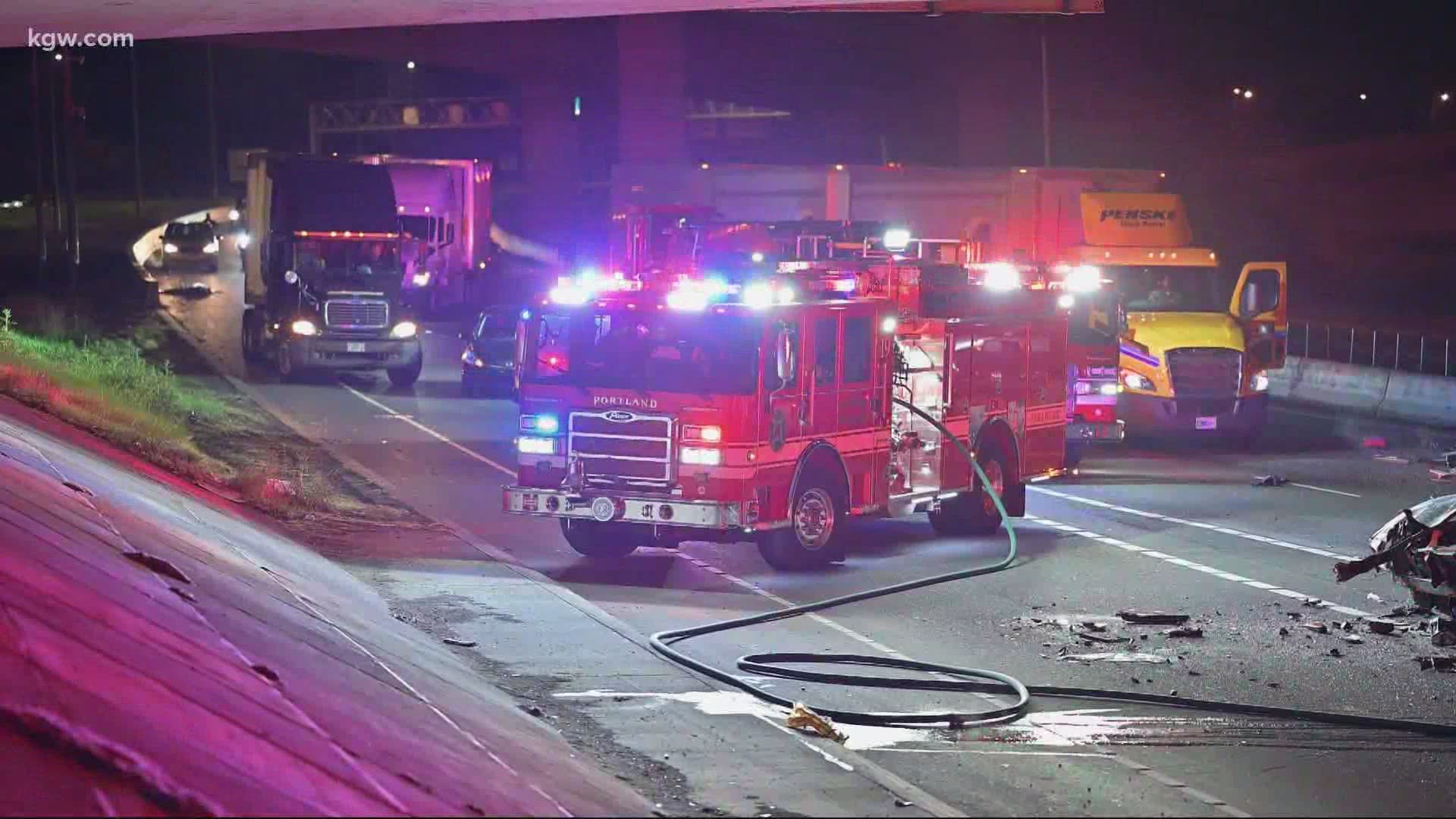 PORTLAND, Ore. — A wrong-way driver who authorities believe was impaired crashed head-on into another driver on Interstate 84 in Portland early Thursday morning.

The other driver, identified by the Multnomah County District Attorney's Office as Devontay Rhodes, died at the scene.

Court documents say Gardner told a paramedic that he'd snorted cocaine before the crash. Hospital staff reported that Gardner's blood alcohol content was 0.134%, well above the legal limit for driving of 0.08%.

Gardner is charged with two counts of DUII, one count of second-degree manslaughter and one count of reckless driving.

The crash happened in the eastbound I-84 lanes under the Interstate 205 freeway ramps.

Investigators said Gardner was driving the wrong way in a curved area on I-84 where it would have been difficult for drivers going the right direction to see before the crash.