Black Lives Matter march in Vancouver calls for unity, shuts down I-5 lanes

The march closed the southbound lanes of Interstate 5 for about an hour and a half. 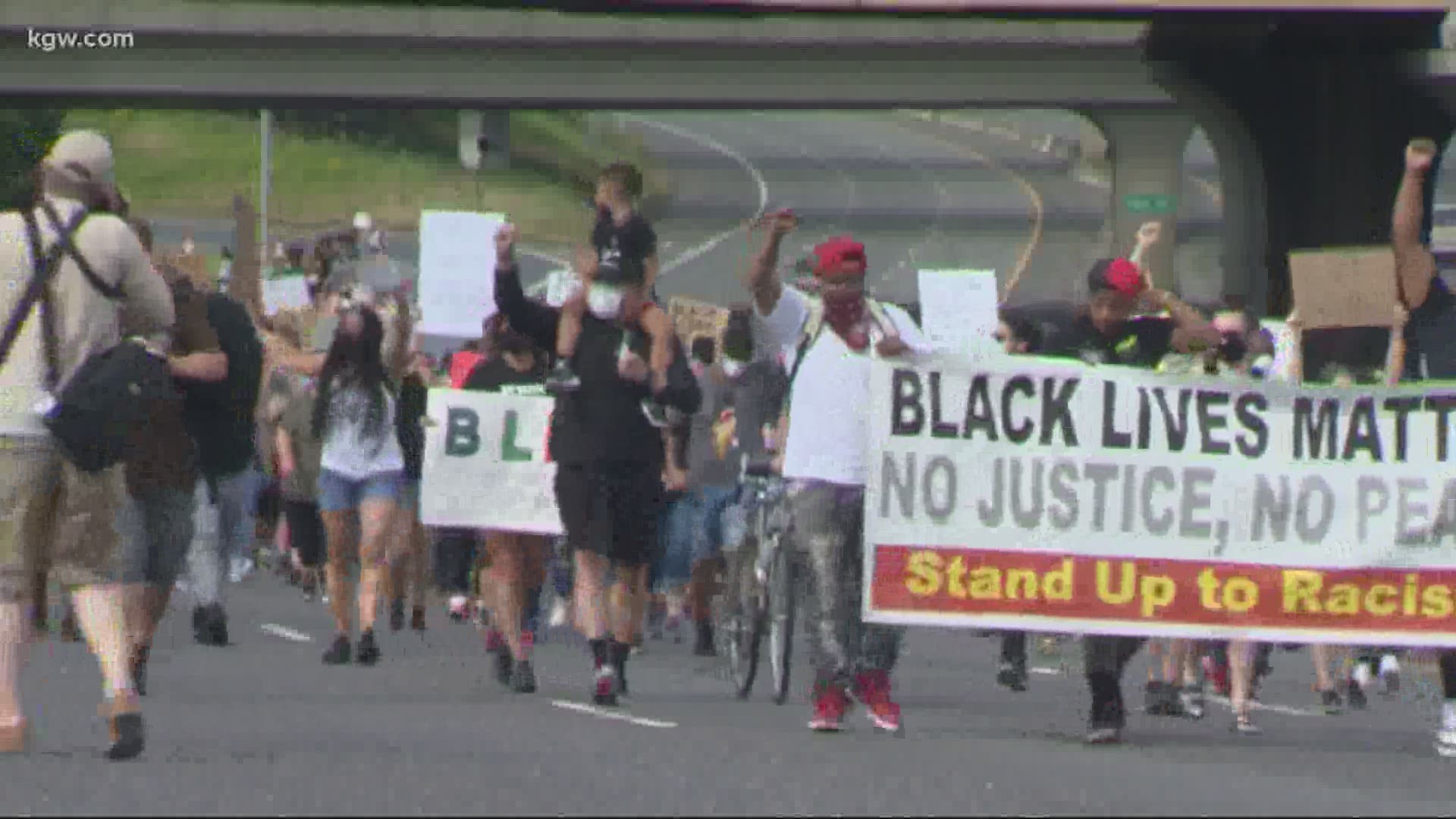 The march closed the southbound lanes of Interstate 5 for about an hour and a half. The lanes were reopened at 6:30 p.m.

Earlier in the day, police warned commuters that bridge and freeway traffic could be impacted by the event.

Ozzie George, of MAD PDX, which stands for making a difference, helped organize the rally. He said he wanted to show that there's support for the Black Lives Matter movement in Vancouver.

“When I went over to Portland, they told me, ‘Oh that's not going to happen in Vancouver. They're too racist over there.’ I said, 'I'm going to show you different because I live there.'"

The rally started at Esther Short Park in downtown Vancouver at around 4 p.m. Protesters then left and marched onto the freeway at around 5 p.m. Police closed the southbound lanes before protesters marched on I-5.

Demonstrators then marched across the Interstate Bridge, took a knee at one point, and continued onto the Oregon side of the bridge. There, activists gave a few speeches. The group then turned around walked back to Esther Short Park.

The rally was one of many in the Portland metro area to honor Juneteenth, a day that commemorates the end of slavery in the United States.

George said his message is one of unity.

“You could be whatever you want to be in this world. That's what I'm trying to do encourage all Black people. If you unite and come together anything is possible," he said.

RELATED: 8 things to do in the Portland area this weekend: June 19-21

1 / 7
Jon Gudgel, KGW
Black Lives Matter demonstrators rallied at Vancouver’s Esther Short Park and then marched onto the southbound lanes of I-5 and onto the Interstate Bridge on Friday, June 19, 2020.