One person was killed in a crash on Interstate 5 in Woodburn that closed the southbound lanes for hours on Saturday. 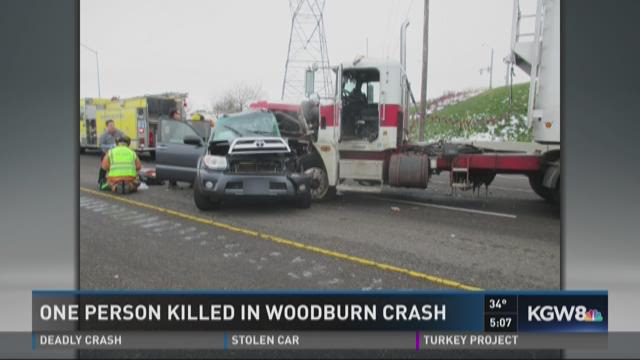 WOODBURN, Ore. – One person was killed in a crash on Interstate 5 in Woodburn that closed the southbound lanes for hours on Saturday.

At around 11:40 a.m., a semi-truck and SUV collided at milepost 271, near the Woodburn interchange overpass. It is believed that the SUV lost traction on the on-ramp due to icy conditions.

The driver of the SUV, 36-year-old Elman Gonzalez, was pronounced dead at the scene. A woman in the SUV, 23-year-old Marlin Dias Hernandes, was seriously injured and had to be extricated from the vehicle by the Woodburn Fire District. Two other passengers in the SUV, 22-year-old Eduardo Marquin Lopez and 32-year-old Marta Morales Diaz, suffered minor injuries.

The driver of the semi-truck, 79-year-old Reinhold P. Fischer, was not injured.

Traffic was diverted onto the shoulder during the closure. The freeway was fully reopened at around 4 p.m.

Cars driving wrong way down shoulder of I-5S to get out of jam N of Woodburn. #reckless @ORStatePolice pic.twitter.com/MrwT8KtkPq 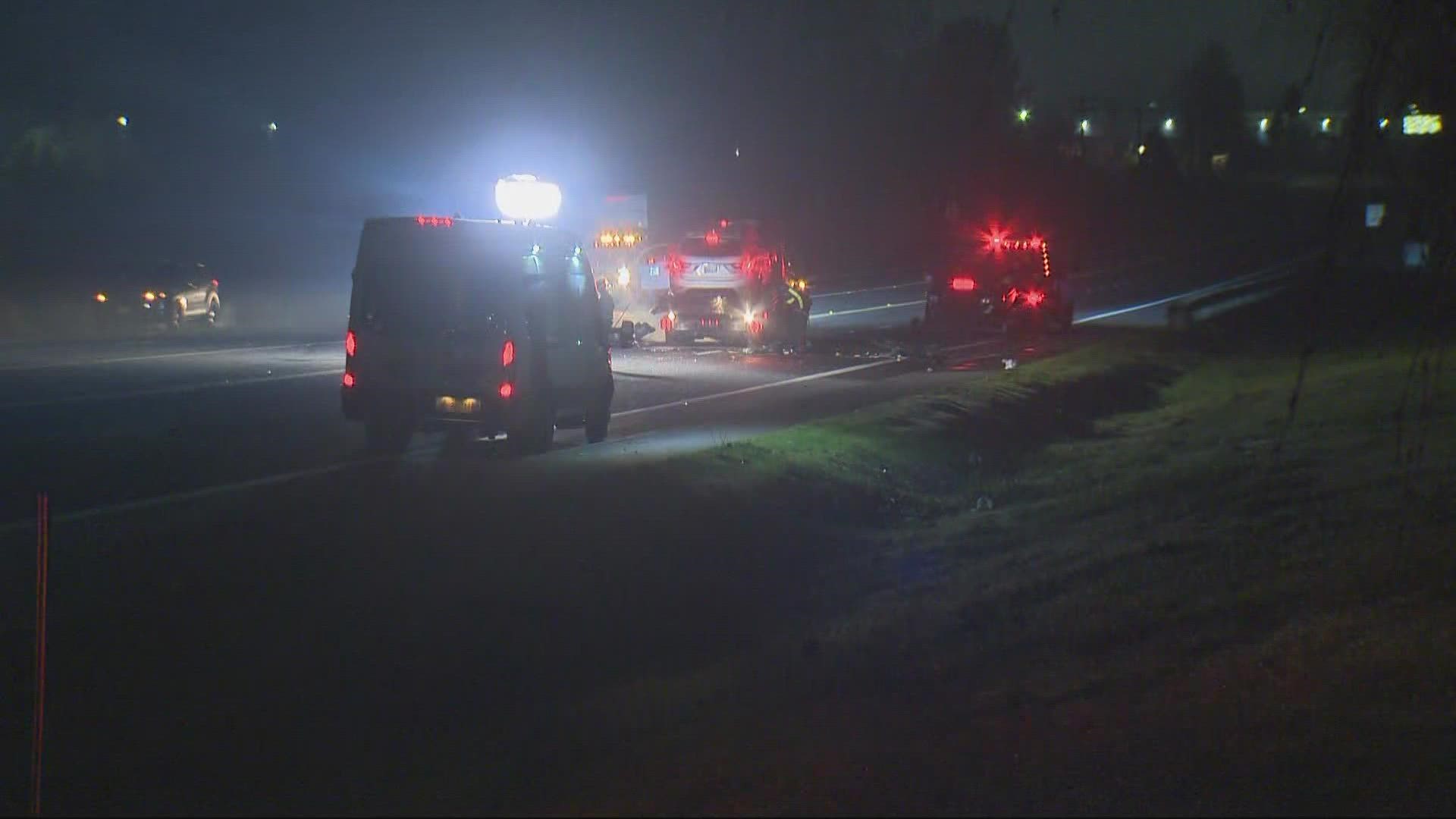 6 people injured in crash on TV Highway in Hillsboro