Ready or not, tolling on I-205 is just a few years away

A lot of details still need to be worked out. ODOT is looking for feedback via an online survey, as well as a public comment period open through Sept. 16. 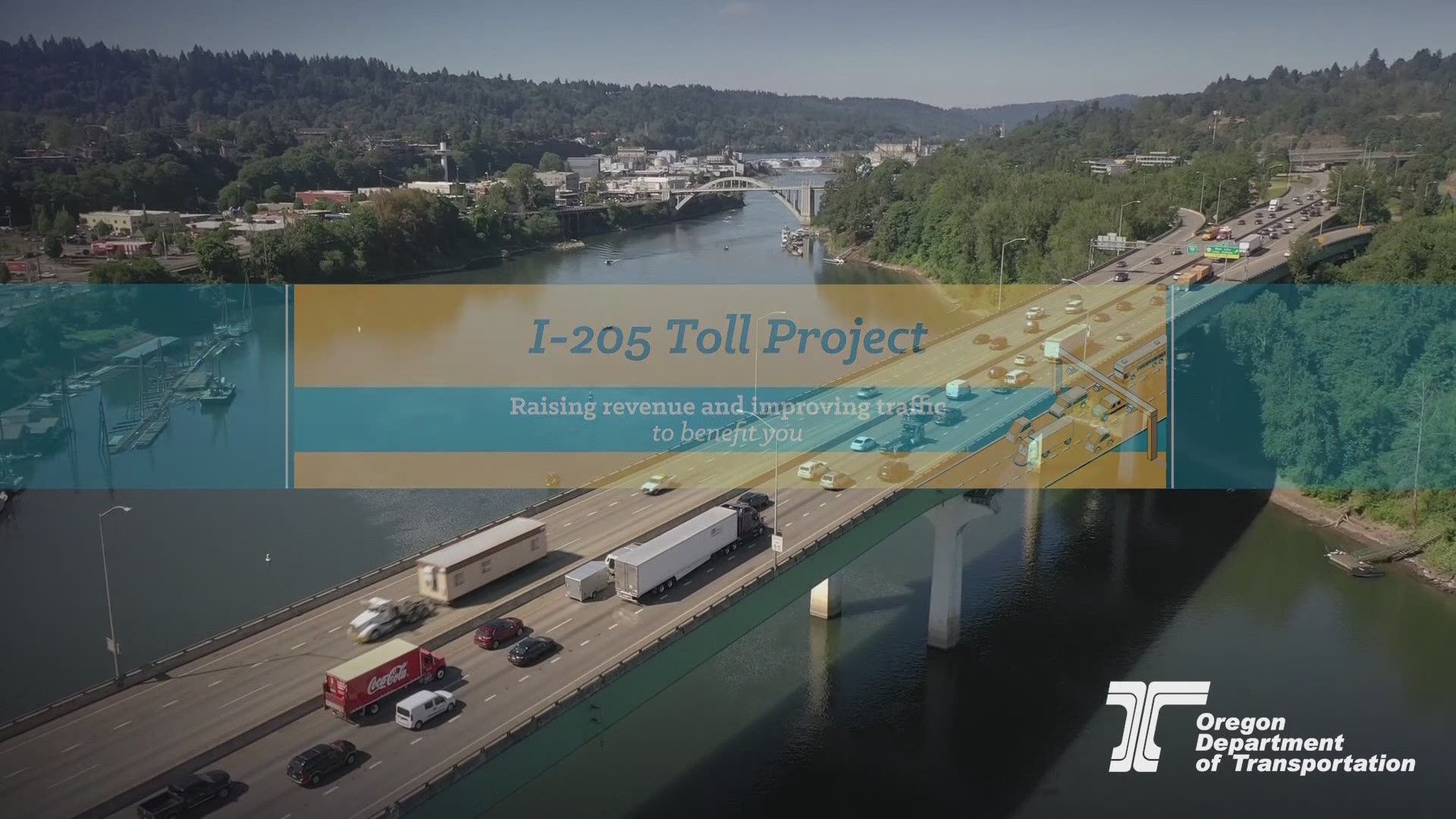 PORTLAND, Ore. — Like it or not, tolling on Interstate 205 is coming to the corridor between Highway 213 and Stafford Road. What exactly that looks like in terms of toll placement, and how much it will cost is still being determined.

But if you drive this part of I-205, the Oregon Department of Transportation wants your feedback through their online Travel Preference Survey, open until Sept. 16.

There are five options currently, and the most likely involve either tolling the Abernethy or Tualatin River bridges.

The other likely option is segmented tolling between OR-213 and Stafford Road – a “pay as you go toll."

It seems likely drivers will start paying to use this part of I-205 within four years.

Directed by the state in 2017, ODOT aims to reduce congestion, and pay for needed upgrades, like seismic improvements to the Abernethy Bridge so that it can withstand a major earthquake.

They also plan to add a third lane in both directions between OR-213 and Stafford Road. None of this work has financing yet.

To the crowd that asks why this hasn't been done sooner, ODOT spokeswoman Lucinda Broussard said, "I've been at a few other DOTs and other agencies and what have they been doing for the last 30 years is actually trying to maintain what they have out there. Just maintain it. And if you think about it like that, that we're out there maintaining the roads then trying to make improvements…it's almost like you're trying to put curtains on the house, but you really need to do the roof. And that's what congestion pricing is. It's a way to do the roof and have some sustainability in the roads."

"The gas tax is dwindling fast, and that the state highway fund is dwindling with that. So, you need another revenue source," Broussard said.

The tolls would be variable, based on time of travel. That's known as “congestion pricing." A driver would pay more to drive during peak traffic times. Therefore, incentivizing drivers to change their commute time, or use mass transit. ODOT estimates congestion around the Abernethy Bridge, before the pandemic, lasted more than six hours a day.

"I hate to say it because it sounds so cliche, time is money, right? And so the benefit that we're giving is actually your time back," said Broussard.

To make sure they’re not burdening communities that can least afford the toll, ODOT has convened an Equity & Mobility Advisory Committee. They’re putting ads in local newspapers, and on social media.

“We're trying to make sure that we reach communities that normally don't speak to us and we don't reach. We have community engagement liaisons. There are people out in those communities who get together with friends, speak in their own languages, do our survey and bring it back to us," Broussard said.

ODOT has produced the survey in six different languages. You can find more information on the ODOT I-205 tolling website.