Traffic updates: I-84 reopens in gorge

Traffic in the western part of the Columbia River Gorge was shut down since Friday night due to dangerous conditions. Drivers are still urged to use caution. 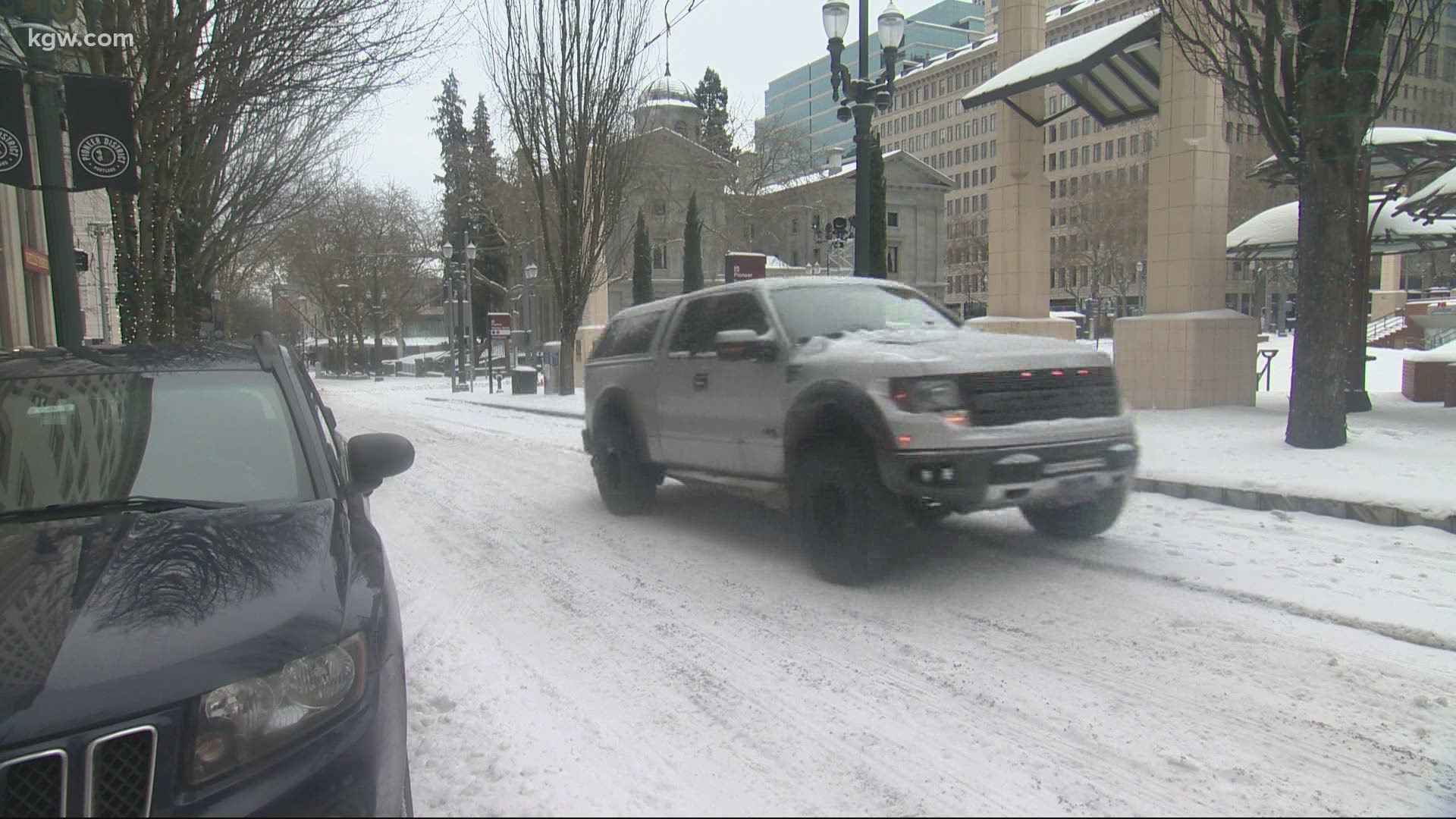 PORTLAND, Ore. — Snow and freezing rain from a winter storm have led to snow-covered roads in the Columbia River Gorge and traffic issues in the Portland metro area. Roads are icy, so be cautious if you're driving.

Here’s a look at the status of some of the most-used routes in the region.

Check for the latest road closure updates on tripcheck.com.

ODOT spokesman Don Hamilton said there were about 500 trucks waiting to head west on I-84.

The Columbia River Gorge has been slammed by snow. That combined with strong winds has led to low visibility and dangerous driving conditions. There had been numerous crashes reported in the gorge before ODOT announced the closure.

On the Washington side of the Columbia River Gorge, SR-14 reopened from Evergreen Boulevard, east of Washougal, to the Hood River Bridge near White Salmon for vehicles with traction tires, the Washington State Department of Transportation said. Similar to I-84, conditions are treacherous with strong winds and snow and ice on the road.

There were crashes and stalled vehicles reported on U.S. 26 in the Portland metro area but the road is open. The highway is often a problem spot during winter weather events because of its steep inclines.

The freeway remains open but there were reports of icy roads and crashes.

The freeway remains open but there were reports of icy roads and crashes.

Check for updates at trimet.org/alerts.

There were reports of crashes and stalled vehicles in Portland’s West Hills over the weekend, a common problem area during snow events.

Watch out for stalled or abandoned vehicles. No one was found inside the truck. We spaced out the safety triangles, so oncoming drivers had more warning as they rounded the turn. 13600 block of Skyline. pic.twitter.com/PjRrcjL6nN

There have also been off-and-on road closures in the hills due to the dangerous driving conditions. Here are links from the Portland Bureau of Transportation (PBOT) and the Multnomah County Sheriff's Office about the latest activity.