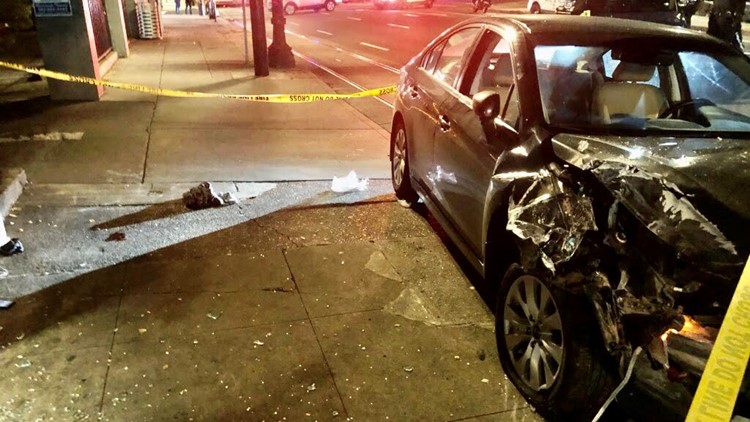 PORTLAND, Ore. — A pedestrian walking on the sidewalk was seriously injured when a driver struck her in the Buckman neighborhood of Southeast Portland on Friday night.

Police responded to the collision just after 7 p.m. near the intersection of Southeast Grand Avenue and Belmont Street.

Officers found a woman who sustained serious but non-life-threatening injuries. She was taken to a hospital.

The driver swerved onto the sidewalk, striking a light pole, according to Portland police.

The driver reversed, and then drove back onto the sidewalk, striking the woman and a building. The driver then tried to reverse again until witnesses yelled at her to stop.

The driver of the vehicle, Sabrina Hall, was arrested on several charges including DUII and third-degree assault.

RELATED: Man sleeping under tarp run over by garbage truck in SE Portland