I-5 reopens after semi crashes, falls over onto car

Portland Fire was able to extract the two people from the vehicle and they were taken to a hospital. 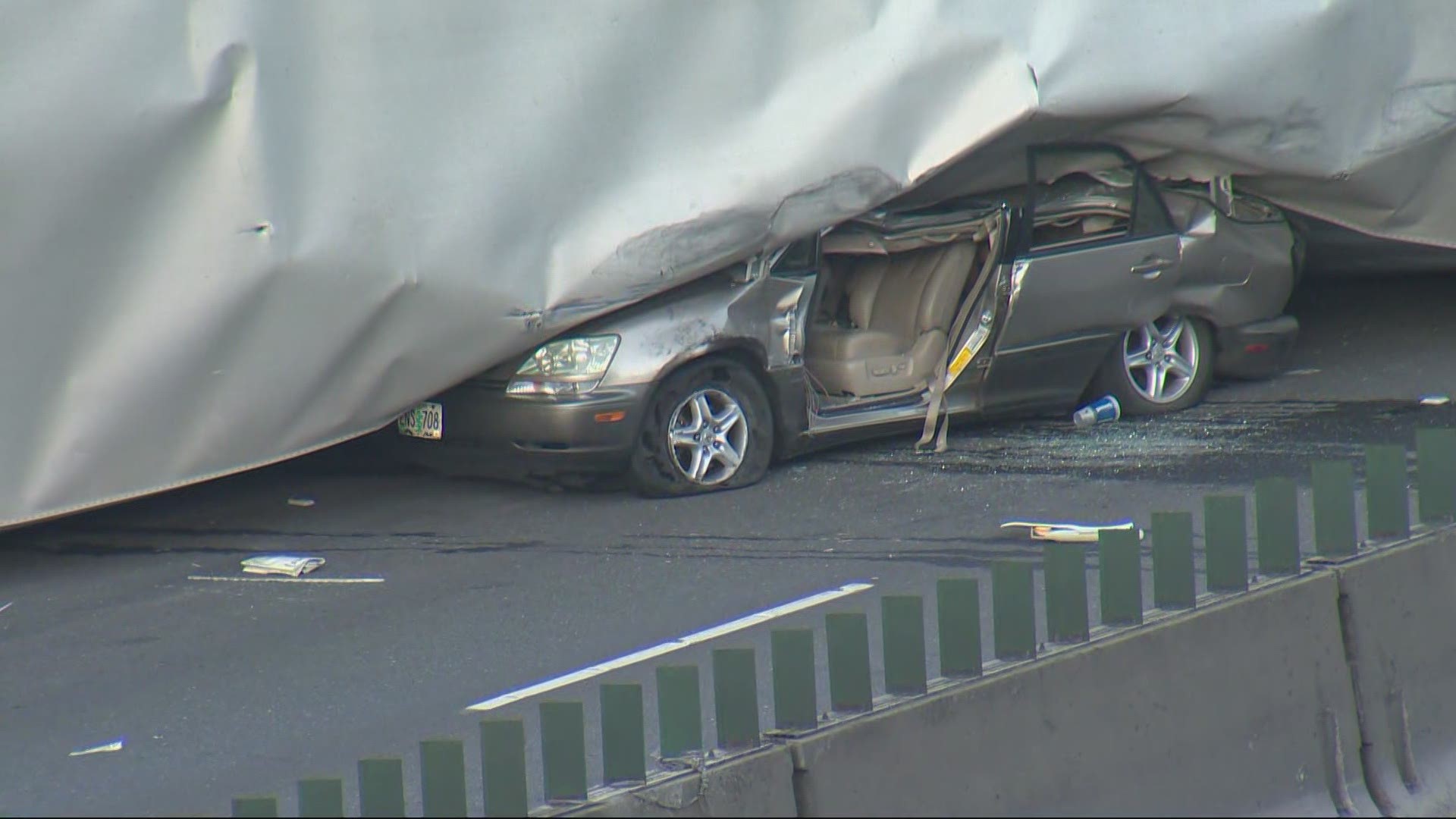 PORTLAND, Ore. — All northbound lanes have reopened on Interstate 5 at Southwest Terwilliger Boulevard after a semi crashed and tipped over onto another vehicle early Wednesday morning.

Portland Fire was able to extract the two people from the vehicle and they were taken to the hospital. Portland police said they don't know the extent of their injuries. Police did not say whether the driver of the semi was injured.

The crash and closure caused a massive traffic backup on the freeway. Drivers were detoured onto Highway 217 or Barbur Boulevard.

The Oregon Department of Transportation said the freeway was fully open at 12:30 p.m.