Driving Me Crazy: The case for having a dashcam

A driver shares some of the most ridiculous moments he's captured on dashcam, and we hear from PEMCO Insurance as to why you might consider having your own dashcam. 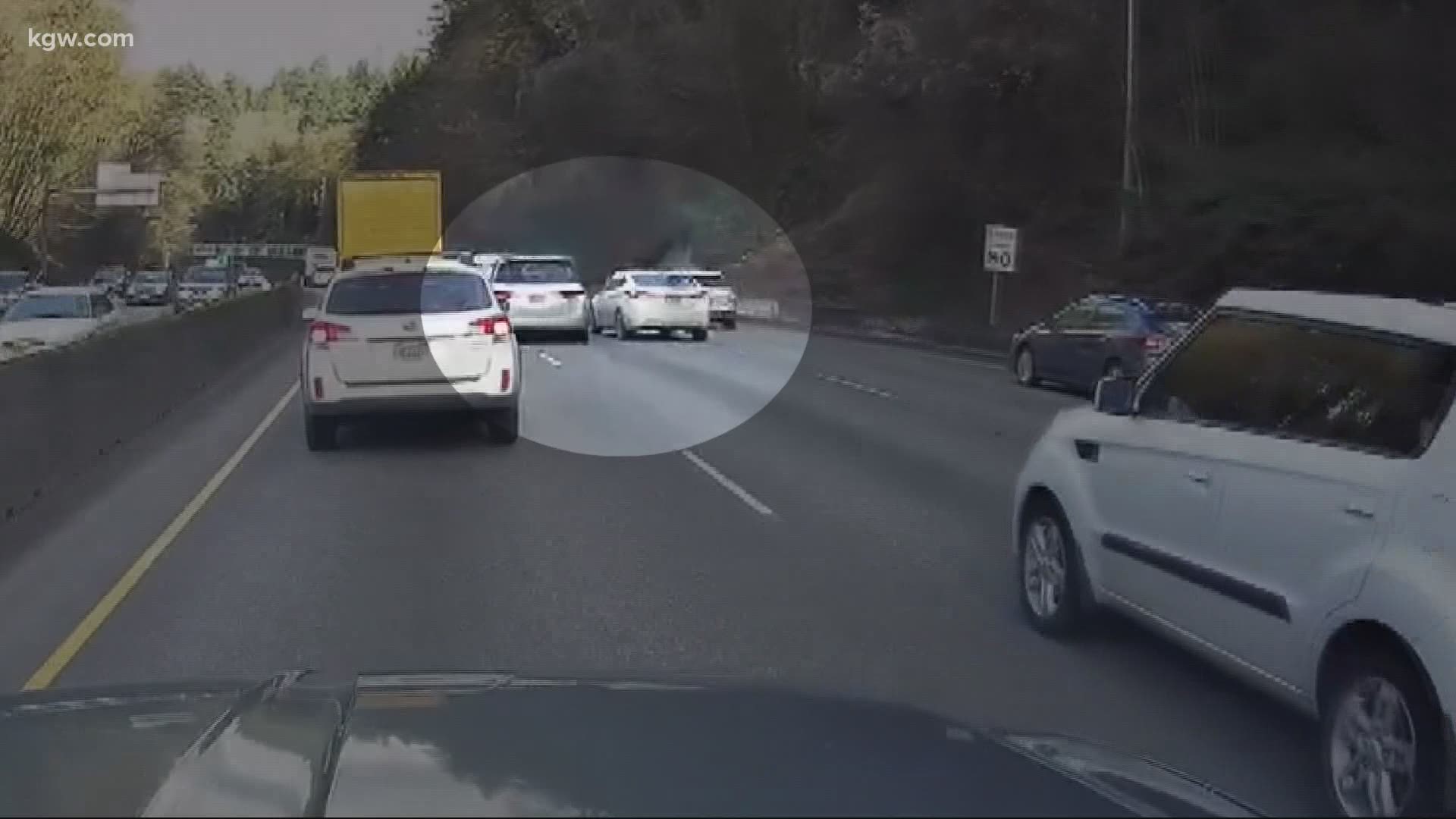 PORTLAND, Ore. — When on the roads, no doubt you’ve heard the expression, "Watch out for the other guy."

I’m going to introduce you to a man who learned to drive in Ireland, and after you see some of the videos he’s collected here, you might be convinced a lot of Oregonians qualify as that "other guy."

The first two incidents we show in this story should make every reasonable person cringe.

In North Portland, a green muscle-car roars through a red light with pedestrians about to set foot in a crosswalk. The second video is that of a careless driver bolting out from behind a lineup of slow moving cars, into the oncoming lane.

Ian Moore captured it all on his dashcam.

"So why start recording your drive?" I asked him.

"Just the amount of things I saw on the roads during those drives just blew my mind," he said. "It was insane. If there ever was a crash and it suddenly becomes your word against someone else's, at least you then have the footage."

There might be something to that. I asked Derek Wing of PEMCO Insurance about dashcams.

"I think that there are a number of different benefits to having a dashcam," Wing said. "I think a dashcam can save you money because first and foremost, if you are involved in a hit-and-run accident, a dash cam will help you determine who is at fault. Assuming that you are not the one at fault, that can save you money with your car insurance."

Derek also said a dashcam could be the video evidence needed to get you out of a mistaken ticket or help to ID someone vandalizing or breaking into your car.

And parents of teenage drivers might consider the following advice.

"They can kind of keep an eye on their teen," Wing said. "Just to see if the teen is following the rules of the road, making sure that they're not turning too sharply or breaking too hard, for instance. It can be a teachable moment.

"I think that the way to view a dashcam is sort of like a referee or a judge in sports. It's objective. It only tells the truth. And so if you're the one that's committing the foul, that's going to show up on video as well."

And since Ian’s dashcam is always watching, he said, "It actually forces me to be a better driver, because like you said, if an accident happens and I caused it, my own footage could be used against me."

In the United Kingdom, insurance companies actually encourage drivers to have dashcams, Wing said. And given the way some of us drive, it might not be a bad idea to get one.

I got the idea for this particular segment from Ian. I do the Driving Me Crazy feature as a generally -- but not always -- lighthearted take on things that drive people nuts on area roadways. Most of us can relate, and most of these topics are your ideas.  What drives you crazy? Post your videos and pictures on my Facebook page. On Twitter. Or if you're just anti-social you can email me cmcginness@kgw.com