The driver of the tanker has been arrested on suspicion of DUI. 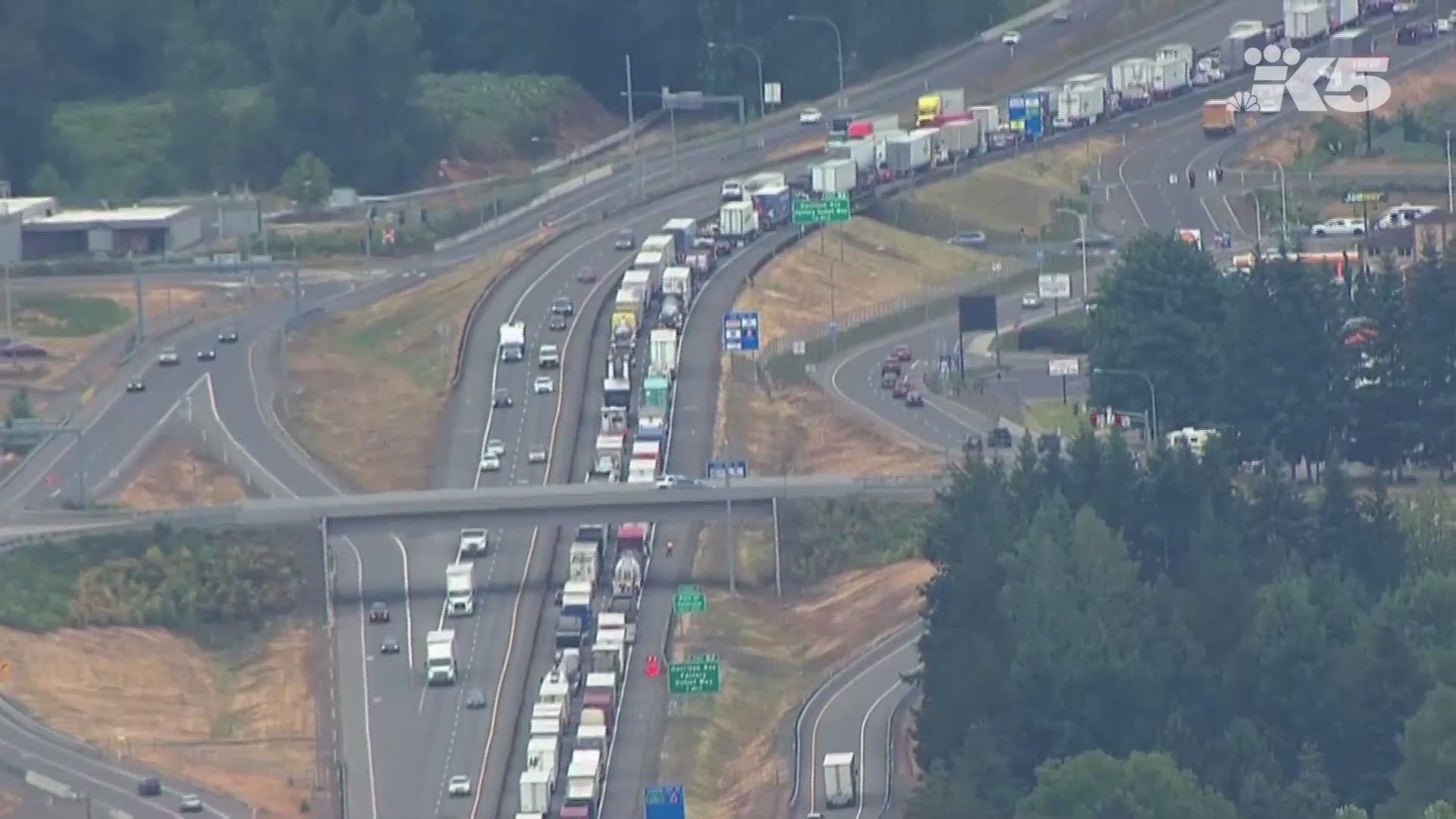 All northbound lanes of I-5 near Centralia at the Lewis-Thurston county line have re-opened after a tanker truck rolled over, spilling over a thousand gallons of motor oil Wednesday morning.

The tanker was hauling approximately 4,000 gallons of used motor oil when it tipped, according to Washington State Patrol Trooper Will Finn.

Of those 4,000 gallons, Finn says 1,800 spilled on the roadway due to an 8-inch gash in one of the tanker's carrying compartments. The tanker's second compartment, which holds 2,000 gallons of oil, remained intact.

Officials with the Department of Ecology and a hazmat crew responded to the spill.

The driver of the tanker has been arrested on suspicion of DUI, according to Washington State Patrol.

WSP said the driver was traveling about 86 miles per hour at the time of the crash.

No injuries were reported.

The crash caused backups and lane closures for most of the day.

Credit: WSDOT
A tanker truck hauling about 4,000 gallons of used motor oil rolled over on Interstate 5 and blocked all northbound lanes on July 3, 2019.