Albina Vision Trust sent an email to ODOT Tuesday, explaining its doubts the project can create the change the nonprofit hoped for. 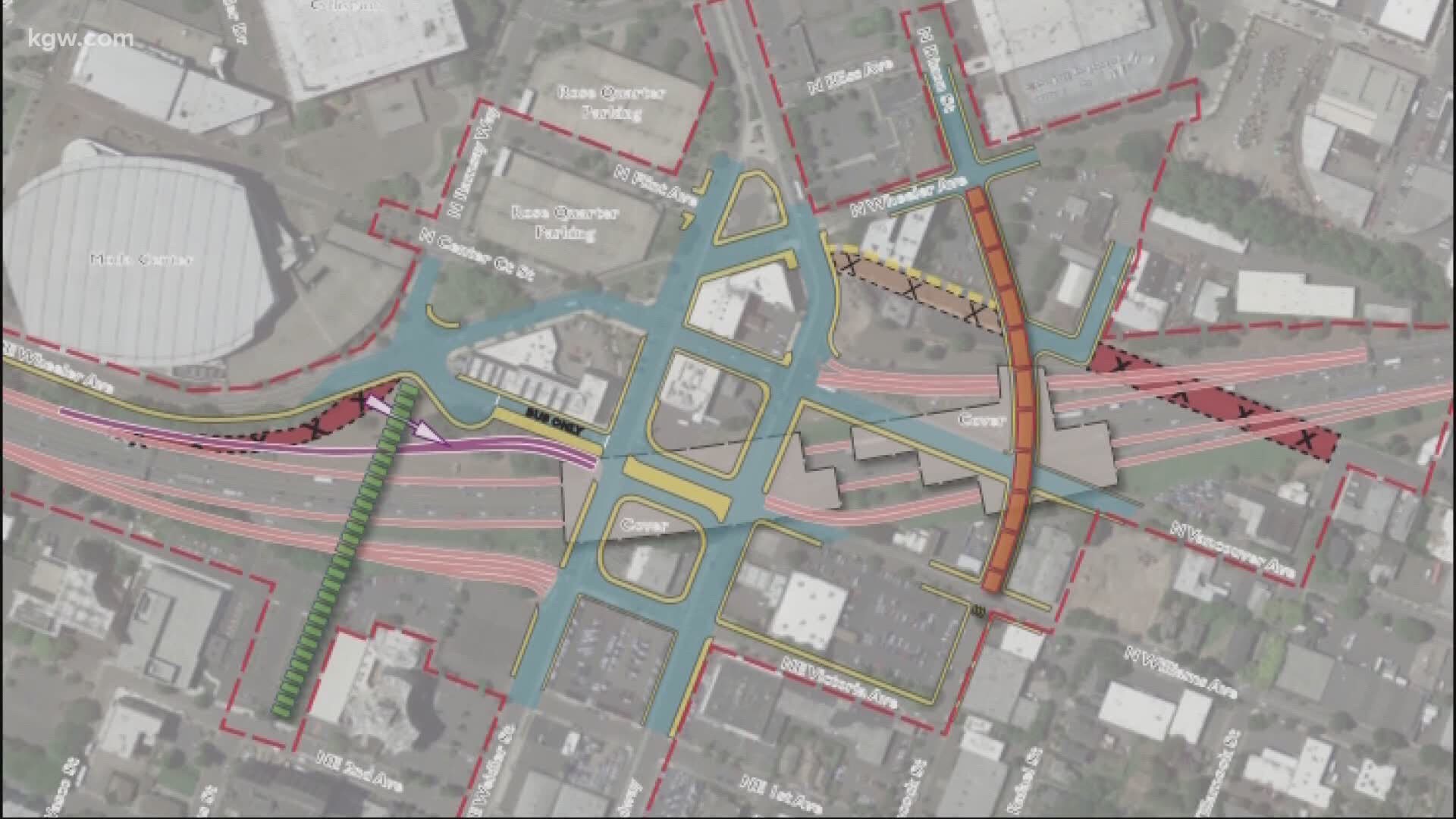 PORTLAND, Ore — Non-profit group Albina Vision says it no longer supports the Interstate 5 expansion in the Rose Quarter, and will no longer advise on or participate in the project. Soon after that announcement, Portland Mayor Ted Wheeler withdrew his support for the project as well.

Albina Trust is a nonprofit focused on racial justice and redeveloping and honoring the Albina neighborhood, Portland's largest historically black neighborhood. The neighborhood was basically cut in half when I-5 was built, as homes were bulldozed to make room for the highway.

Back in April, the expansion of I-5 at the Rose Quarter was approved by the Oregon Transportation Commission to move forward without another environmental review. The $715 million plan would add merging lanes on both sides of I-5 between Interstate 405 and Interstate 84, among other features.

On Tuesday morning, Albina Vision sent an email to the Oregon Department of Transportation, explaining its doubts that the project can create the change the nonprofit hoped for.

"We believed that this project presented ODOT and its partners the opportunity to consider how a major public investment could be in service of broader community visions for healing, the generation of short and long term wealth creation opportunities, and caring for our children who are here today and those who will live in lower Albina in the future," said Albina Vision Trust Managing Director Winta Yohannes in the letter. "Despite our good faith efforts, we do not see our engagement resulting in meaningful changes to the project or its anticipated outcomes."

A few hours later, Portland Mayor Ted Wheeler announced in a series of tweets that he no longer supports the project.

"With the history of transportation infrastructure dividing communities, it is critical that entities like Albina Vision, which champions restorative justice, equity, and forward-thinking -- are at the table for this process," said Mayor Wheeler. "At every step, I have asked ODOT for specific goals to be met around climate, community, and economic development. Those goals have not been met."

In a press call about COVID-19 on Wednesday, Gov. Kate Brown was asked about her stance on the project now that politicians and community members were dropping their support.

"I think we all need to take a look at all transportation in light of economic destruction locally and nationally. I would not proceed with the Rose Quarter project without community support and engagement from black community. This particular project should be part of righting historical wrongs," Gov. Brown said, referencing the project's impact on the historically black Albina neighborhood.

In a statement to KGW on Tuesday afternoon, ODOT said it is committed to moving forward and earning the community's trust.

"We’ve been actively working to address our partners’ concerns, there is clearly more work to do, and we will be part of the solution moving forward," said Brendan Finn, ODOT Urban Mobility Office Director. "We acknowledge that historic transportation investments caused harm to the African American Albina community. We are committed to doing business differently; the Oregon Transportation Commission directed ODOT to create the Urban Mobility Office to build a transformative project that addresses climate, congestion and safety while it works to bring economic opportunities for our African American community members. As we move forward, we hope to engage our partners in further discussion to earn the community’s trust – not through words but through actions. We’ve got to get it right and meet the community’s needs – we will keep showing up to do just that."