The video of the Perseverance rover landing on Mars is pretty spectacular and it even has an Oregon tie. 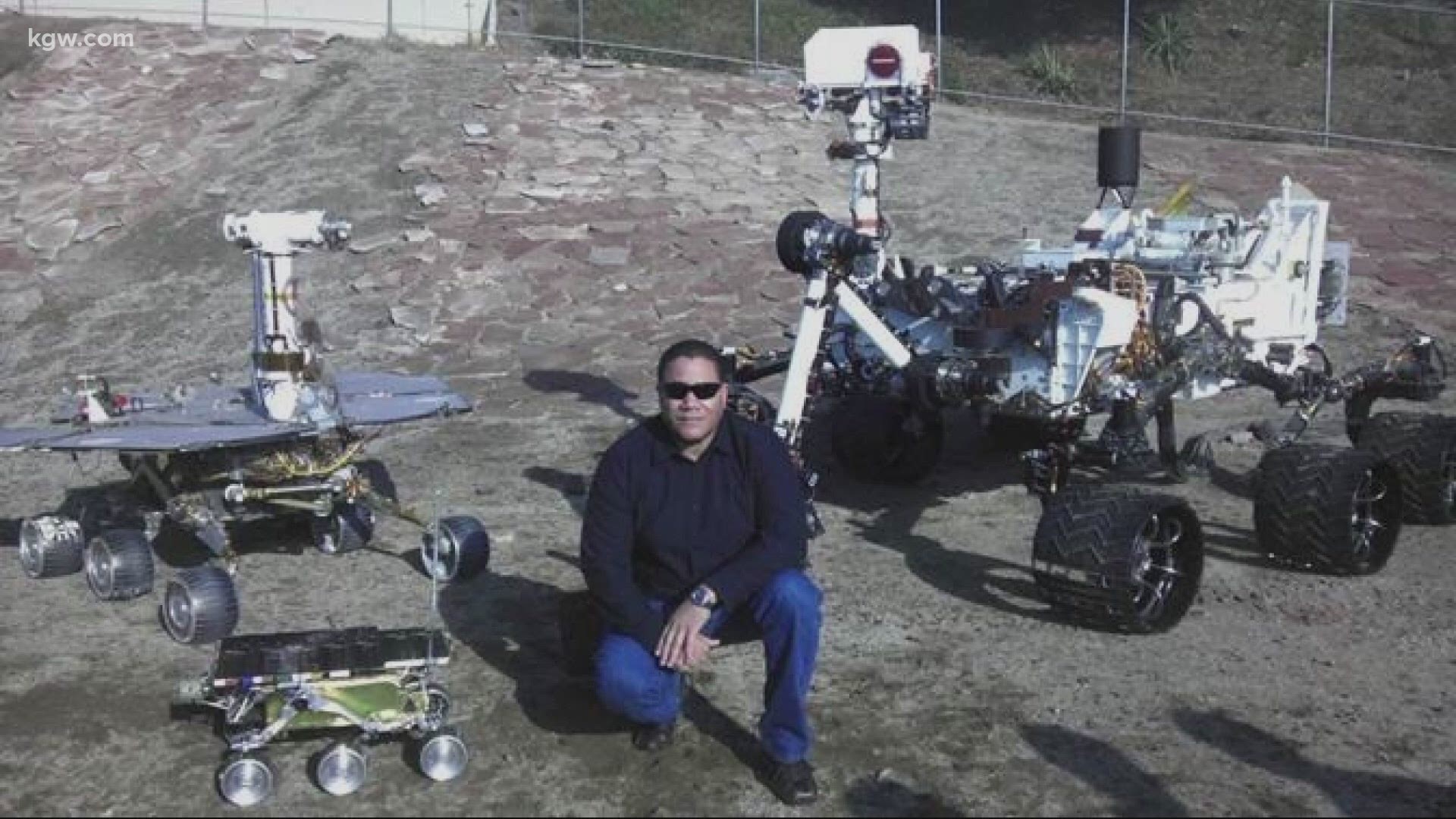 PORTLAND, Ore. — The successful landing of NASA's Perseverance rover on Mars was a historic moment.

"That for me was the most amazing footage I've ever seen in my career there at JPL," said William Allen, a mechanical engineer for NASA.

Allen has had quite a career at NASA's Jet Propulsion Laboratory (JPL). He's played key roles in past Mars explorers and this time around he led the mechanical systems design team.

"You know if you could see it, some part of our team designed and built that," he said.

It was the culmination of a lot of work that started not just at JPL but really four decades ago at Oregon State University where Allen first discovered his passion for engineering.

It was during his time at Oregon State that Allen started working at JPL. Once he graduated, he went to work at the NASA lab full time.

So, how does a NASA engineer celebrate a Mars rover landing?

"It's a natural reaction, you can't help it. Once they say it's landed successfully you're going airborne," he said. "You don't think or plan it, you just go."

And then came the video of that landing.

"The initial reaction is complete shock and awe that, first of all, you're just seeing it and after you watch it 50 times then you settle down and say, yeah, this is going pretty much how we prepared for ... what we designed for," Allen said. "I think we'll be looking at that footage for years to come."

It's that kind of curiosity that led Allen to Oregon in the first place and then on to NASA.

"Had I never asked the question, I would never have sought the answer or solution or path," he said.

And it's his continued curiosity that will bring us answers in the future. That's because Allen's job now is to retrieve all that data the Perseverance is getting on Mars.

"There will be some amazing tangibles that come out of pushing the frontier," he said.