The improvements to dams will help salmon pass through them more easily. 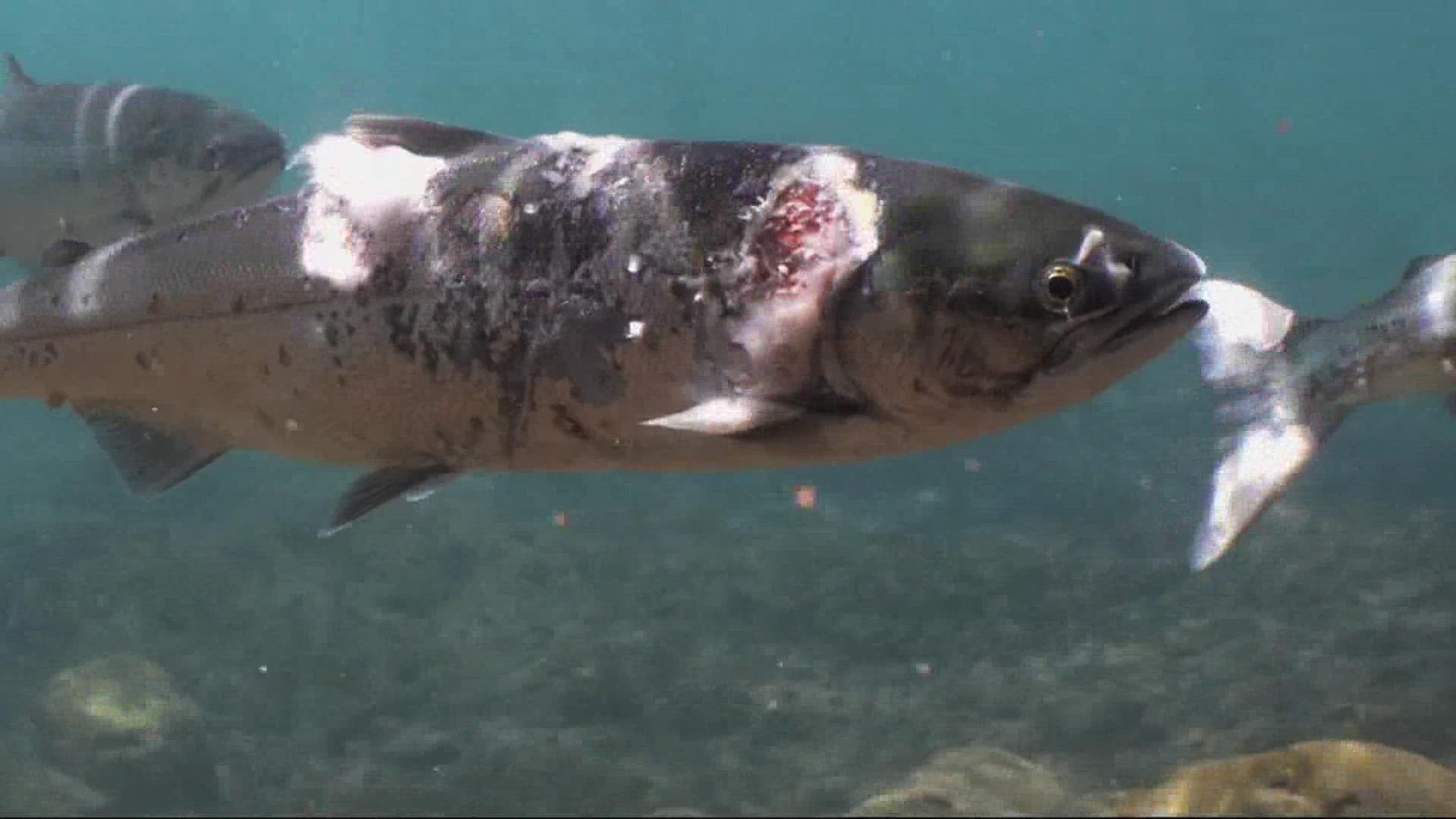 SALEM, Ore — A federal judge has ordered the U.S. Army Corps of Engineers to make changes at its dams in the Willamette Basin so that salmon and steelhead can pass through them more easily.

The fish are listed under the Endangered Species Act and dams on the Willamette River have blocked access to spawning grounds, which has contributed to population declines.

"The Willamette system had over 400,000 Spring Chinook and over the decades those numbers have been decimated," said Travis Williams, the executive director of Willamette Riverkeeper.

For the last 12 years, Williams has fought to get the Corps to make improvements at its dams.

"When you basically plug up the tributaries to the Willamette so the fish can't swim over the dams and can't get to their spawning grounds and juvenile fish can't get downstream out to the ocean, you have a fundamental basic problem," he said.

Laurie Rule is an attorney at the nonprofit environmental law firm Advocates for the West, which sued the Corps three years ago.

"The dams do a lot of harm to them," said Laurie Rule. "We started hearing more and more rumblings about things the Corps was supposed to be doing to help the fish and they weren't doing."

Rule said the situation is dire and the fish are in need of immediate help.

The Corps declined KGW's request for an interview, but issued a statement saying it already has plans to draw down Cougar Reservoir this fall, making it easier for fish to get through.

The statement said, in part, "We take our Endangered Species Act obligations seriously and are committed to taking actions that will benefit ESA-listed salmon and steelhead while continuing to work on finding solutions that balance our authorized purposes."

Earlier this summer, the state of Oregon also filed an injunction against the Corps over dam management.