Organizers say there has been six months of no sewage overflow in the Willamette River. 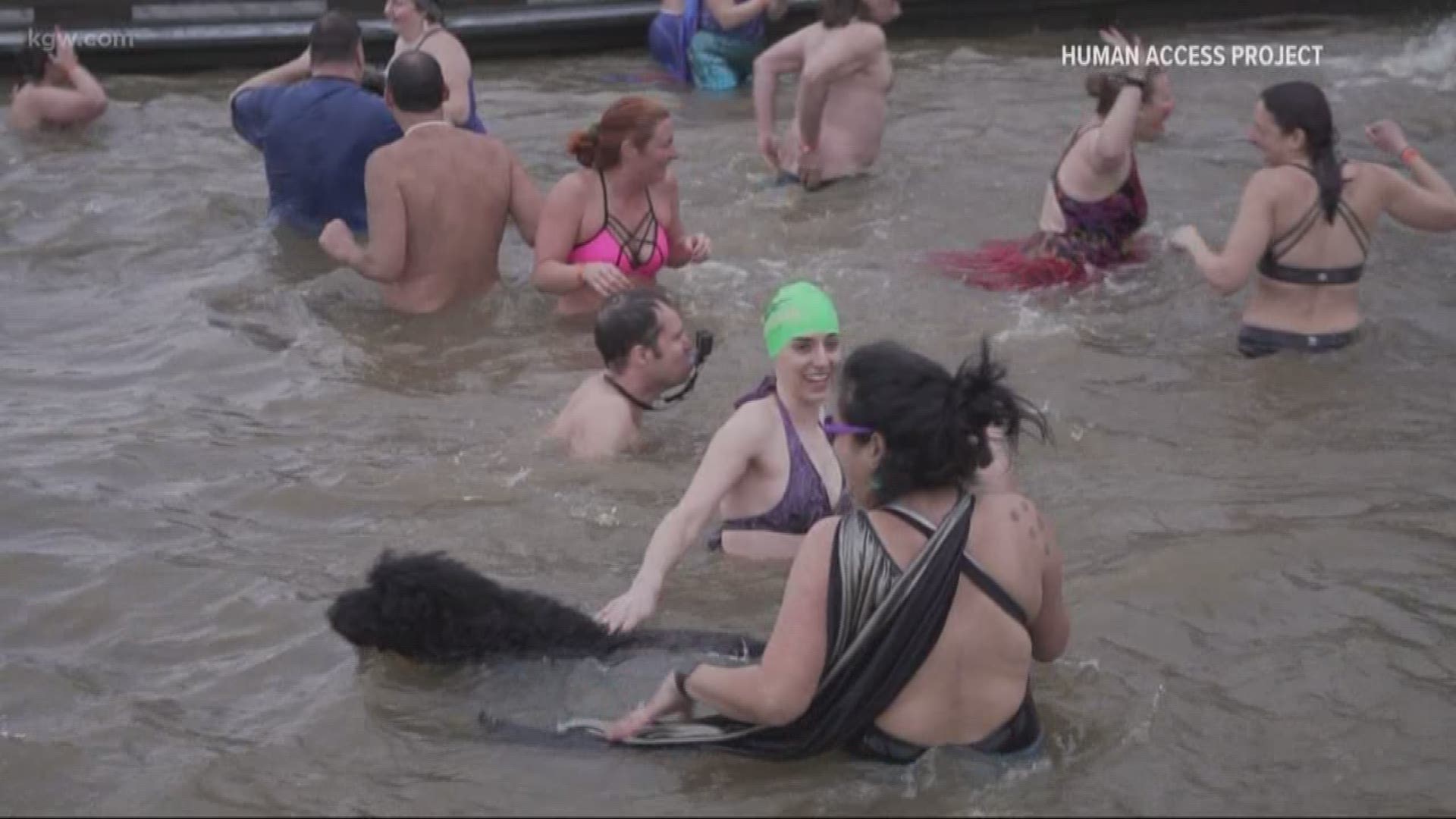 PORTLAND, Ore. — About 100 people have signed up to jump into the frigid Willamette River this Saturday morning as part of the annual Valentine’s Day Dip.

The river advocacy group is organizing the event. It’s the same group behind the annual Big Float.

These are events that celebrate the cleanliness of the Willamette and help convince all those non-believers that the river is OK to swim in.

"For people in the community who still believe that every time it rains there's a sewage overflow, this is kind of a way to hit them right between the eyes and say check the data, it's been six months," said Levenson.

That's all the result of Portland's $1.4 billion Big Pipe Project completed back in 2011. Before the big pipe, sewage overflowed into the Willamette River an average of 50 times a year.

Now it overflows into the river an average of four to five times a year.

In addition to the big pipes, the city is also working in neighborhoods on a more natural way to keep the river clean by putting in rain gardens and green streets.

"Those plants and that soil act like a sponge and soak in the rainwater and that also filters the pollutants," explained Bureau of Environmental Services spokeswoman Diane Dulken.

According to the city, those rain gardens keep about 200 million gallons of stormwater from entering the sewer system every year. Less flow in the system means less chance for overflow.

Still, the river water will be cold. At last check it was about 44 degrees, not quite as cold as an ice bath. Still, there will be an AMR medical team on hand as a precaution.