The study suggests that as the Portland Harbor Superfund site is cleaned-up, salmon recovery efforts in the Willamette will get a major boost.

PORTLAND, Ore. — Young salmon swimming in the Willamette River are taking in toxins and dying before they can make it back out into the ocean, according to a recent study by NOAA Fisheries.

All the juvenile salmon tested were found within the Portland Harbor Superfund site just north of downtown Portland.

The study found toxins like PCBs and DDT are making their way into juvenile Chinook salmon through the food they eat in that area. 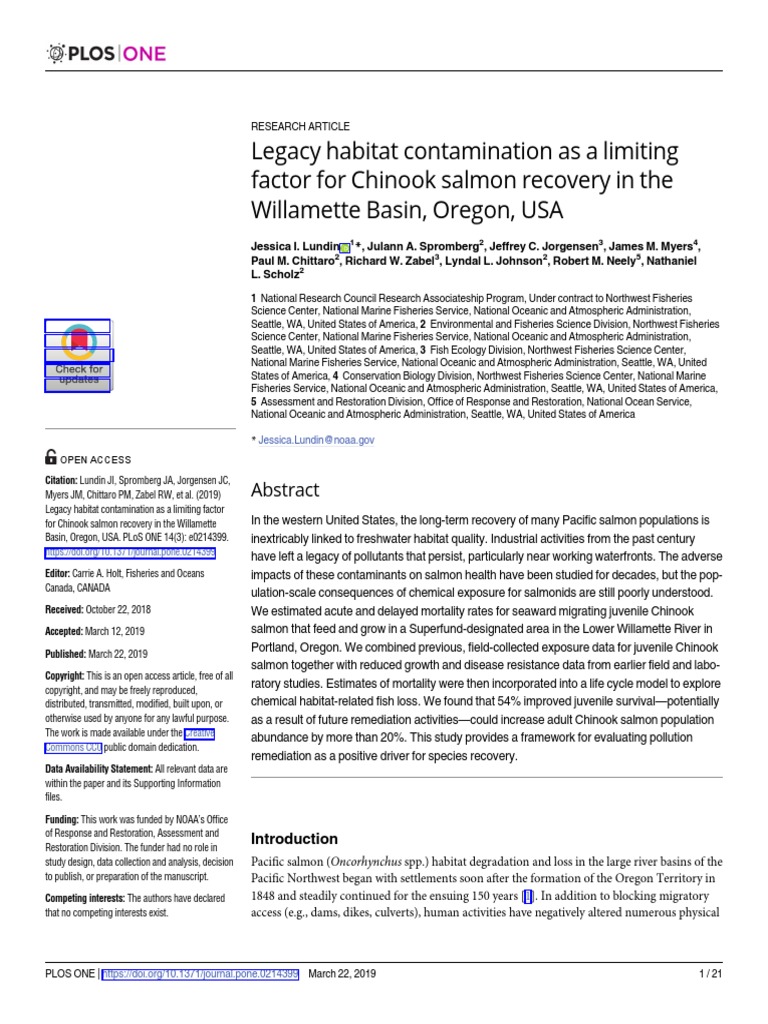 Related: Willamette ranked as one of most endangered rivers in the country

As a result, those salmon, all less than a year old, are likely not surviving long enough to make it back to the ocean.

But the study also pointed out that there is one thing we can do to help the fish survive.

The researchers said if the contaminants are cleaned up, the salmon population in the Willamette River would increase significantly.

"Our modeling suggests that we may be seeing, in the future, as much as a 20 percent increase in the number of adults that come back to spawn as a function of removing a lot of these toxics in the lower part of the river," said eco-toxicologist Nat Scholz who was also lead author on the study.

The study suggests that as the Portland Harbor Superfund site is cleaned-up, salmon recovery efforts in the Willamette will get a major boost.

The scientists will be back out on the Willamette this summer to do more testing on the fish.