The chemicals found in the tissue of the animals were the same used in Oregon forestry management. 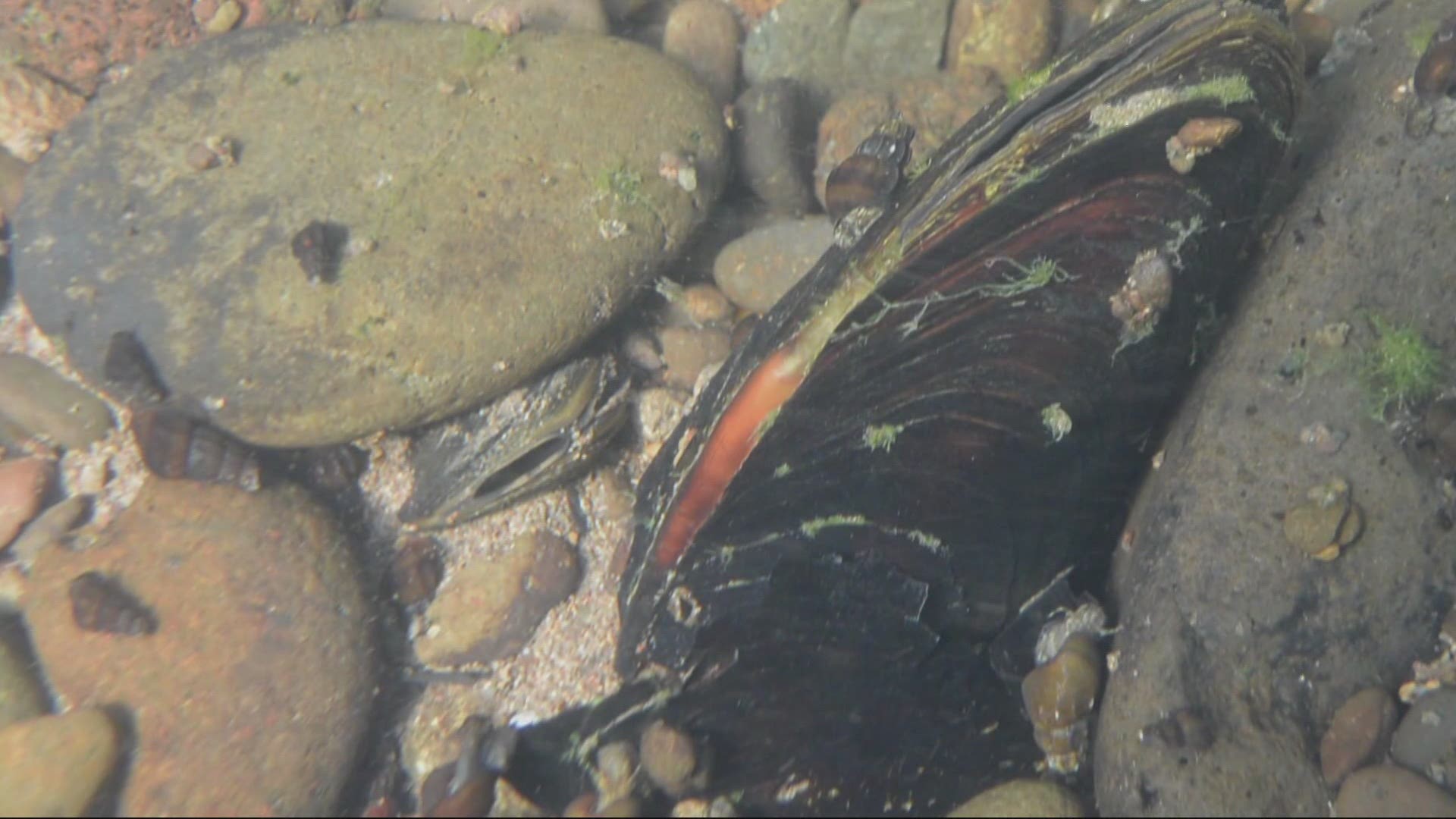 PORTLAND, Ore. — Mussel, clam and oyster lovers, there may be a lot more in the shellfish than you thought. Researchers from Portland State University found some contain pesticides.

A recent study of waterways along the Oregon Coast found a variety of toxic chemicals inside the animals.

"We found that there were a suite of compounds that are commonly applied in forestry management that we detected in tissue and in the water samples," said Kaegan Scully-Engelmeyer, a Ph.D. student in the Earth, Environment and Society program at Portland State University.

The chemicals found in the tissue of the animals were the same used in Oregon forestry management.

All eight sites tested were downstream from areas the state had treated with pesticides and herbicides.

The most contaminated animals were collected on the Central Oregon Coast. Although the researchers admit, the levels are low.

"They're far below any criteria of what would be safe for human consumption. but they are at levels that could be having effects on the clams, mussels and oysters themselves," said Elise Granek, Professor of Environmental Science and Management at Portland State University.

The state has a different set of regulations than the federal government on which pesticides can be used.

In a statement to KGW, the Oregon Department of Forestry said it's committed to responsible forest management and providing the state's cleanest waters.

It even participated in this study. It hopes its findings help influence lawmaker's to better protect water quality.

The researchers hope so too.

They know mussels, clams and oysters are already facing challenges. They are having to survive in warmer water, a more acidic ocean, and more pollutants. Helping limit those pollutants could help save them.

"It just raises the issue that there's actually a lot more chemicals that these animals are being exposed to that may be causing stress to them and again maybe effecting their biology and could be affecting their populations," said Granek.