Video taken over the summer showed sockeye salmon covered in lesions and fungus — the result of water that was 71 degrees. 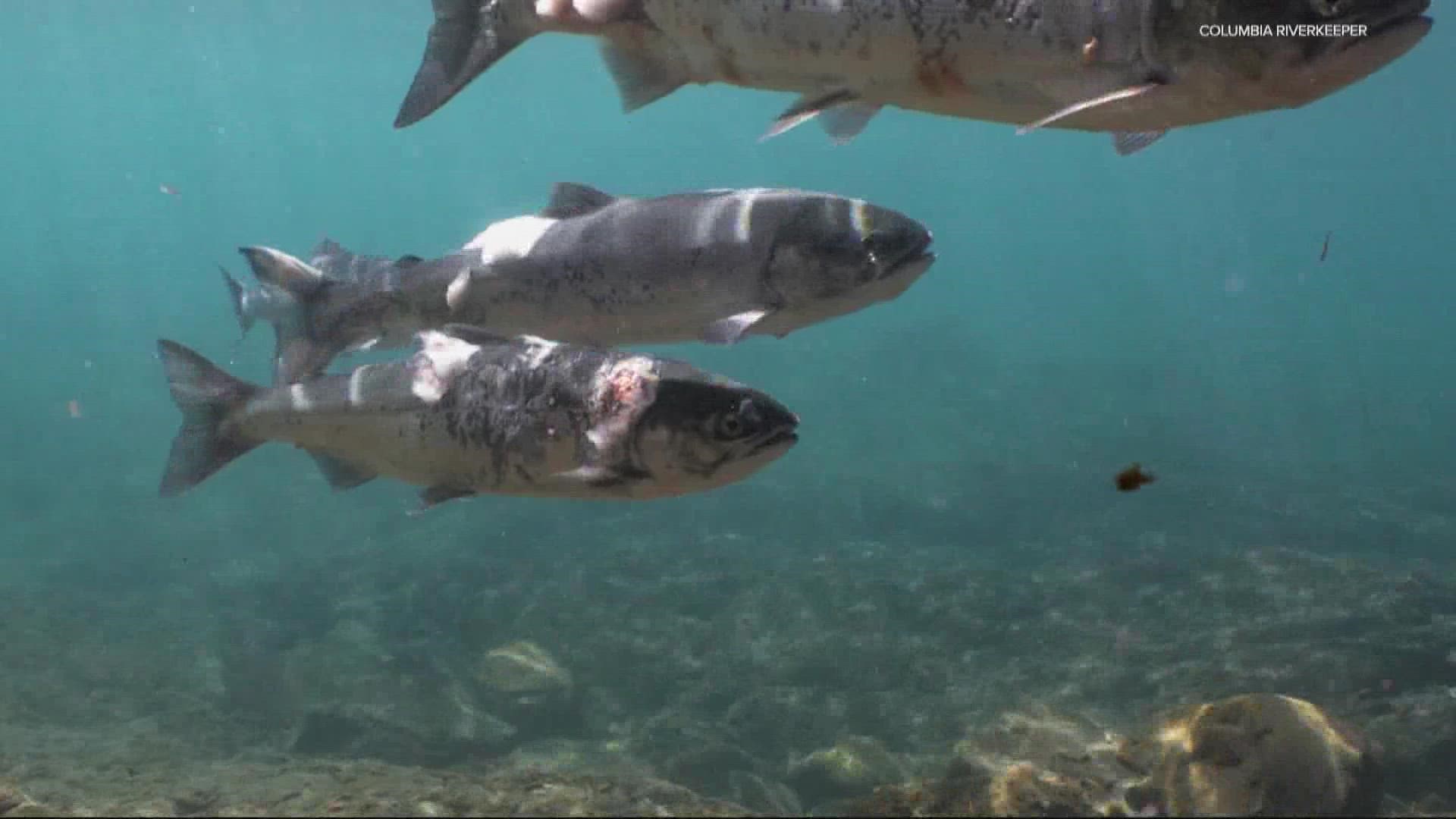 PORTLAND, Ore. — Starting this spring, the Environmental Protection Agency will require Snake River dam operators to limit hot water pollution to help salmon survive. The change comes after an environmental group took the U.S. Army Corps of Engineers to court to try and stop the warming.

The Corps owns and operates the dams on the Snake River, which is a major tributary to the Columbia River.

Over the summer, KGW got a glimpse under water of sick and dying salmon seeking refuge in the Little White Salmon River just off the Columbia River. Video showed sockeye salmon covered in lesions and fungus — the result of water that was 71 degrees.

"It's just flat out lethal to these wild salmon that come up into these rivers," he said.

Rees has been a professional fishing guide for 31 years and he knows the Columbia River well. He also knows that the fish that swim in it are in trouble.

"Fish are dying in these waterways because of the lethal summer water," Rees said.

The Oregon Department of Fish and Wildlife said salmon exposed to water above 68 degrees have an increased risk of stress, disease and mortality.

"It's going to lead to extinction," said Brett Vandenheuvel, the executive director of Columbia Riverkeeper.

The group has long maintained that the large reservoirs behind the dams are partly to blame for the warmer river water.

The group first sued the Corps back in 2013. Last week, they got a victory.

"For the first time ever, the federal dams on the Columbia now have to reduce the amount of pollution that they're creating," said Vandenheuvel.

Rees and Vandenheuvel both said the change is long overdue. However, they stressed that this requirement is an important step in helping salmon survive a warming climate. Many experts have said, without significant change, the fish won't survive.

"There's a limited amount of time before we drive species of salmon to extinction," said Vandenheuvel. "So the time is now for action."