The temporary certificate of occupancy allows the company to begin using an upgraded racking system for unloading oil tankers. 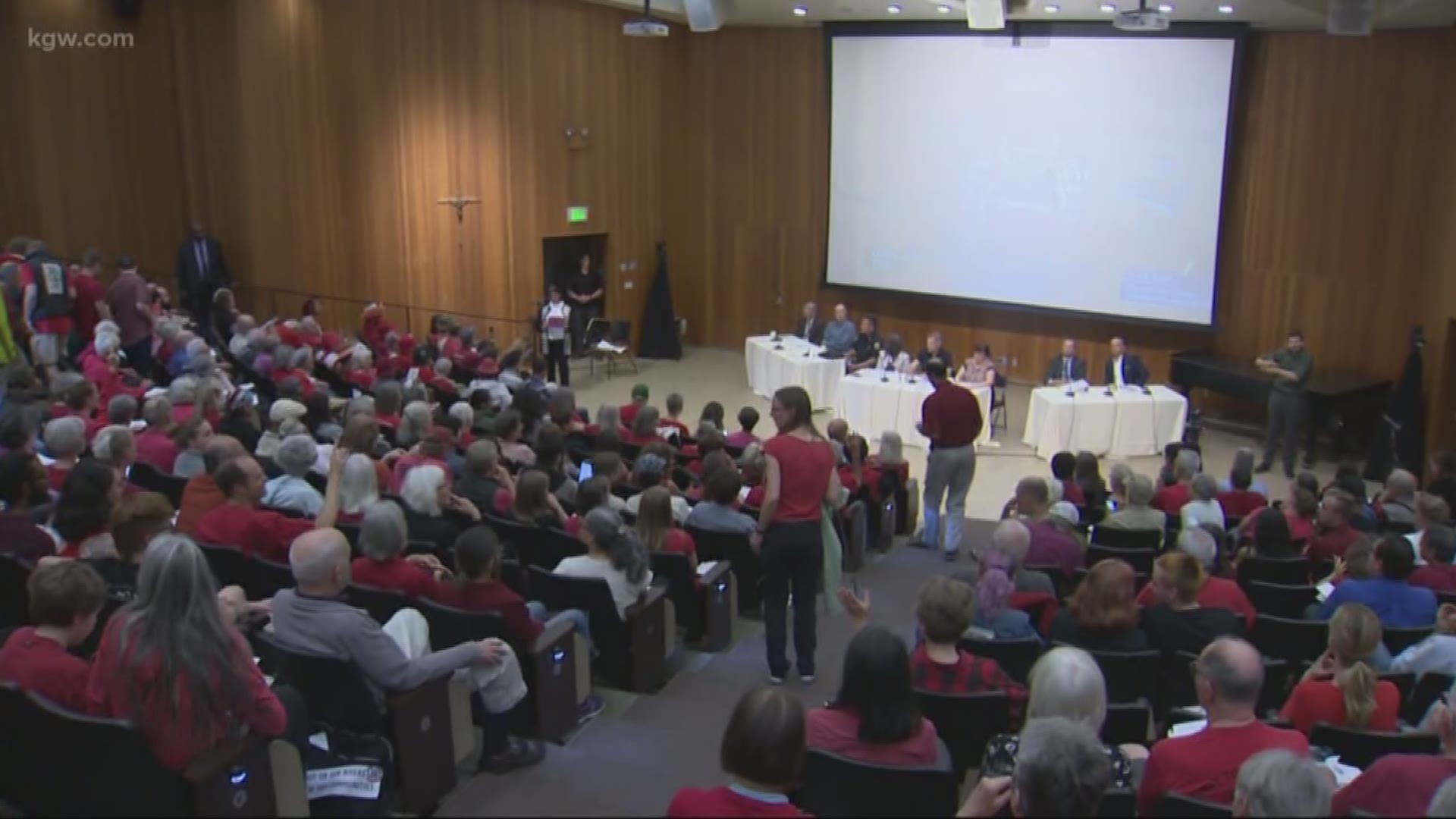 PORTLAND, Ore. — The city of Portland has given an energy company the okay to begin using upgraded equipment.

Zenith Energy was given a temporary certificate of occupancy that allows them to begin using an upgraded racking system for unloading oil tankers.  It includes a fire suppression system and a spill containment facility should there ever be a disaster.

“If there's an accident or explosion it's extremely dangerous,” said Eileen Fromer who attended a public forum Monday night. “It could wipe out St. Johns, it could wipe out this university right here.”

Fromer was one of the hundreds of people who packed an auditorium at the University of Portland to voice their concerns about Zenith Energy and the work they do. They are worried about oil tankers traveling through densely populated Portland neighborhoods.

“I don't want to see more oil trains coming through Portland,” said Mayor Ted Wheeler. “It's a terrible location for it, it creates a significant hazard for the public's wellbeing.”

KGW reached out to Zenith Energy for comment and was referred to an FAQ sheet where they say they are not adding additional storage in Portland.

Zenith Energy said their recent upgrades are all about safety.