New Oregon nonprofit takes on invasive species to combat climate change: 'It's not too late'

Earth On The Edge is working to remove English ivy in Clackamas County, an invasive species that can kill trees and accelerate climate change. 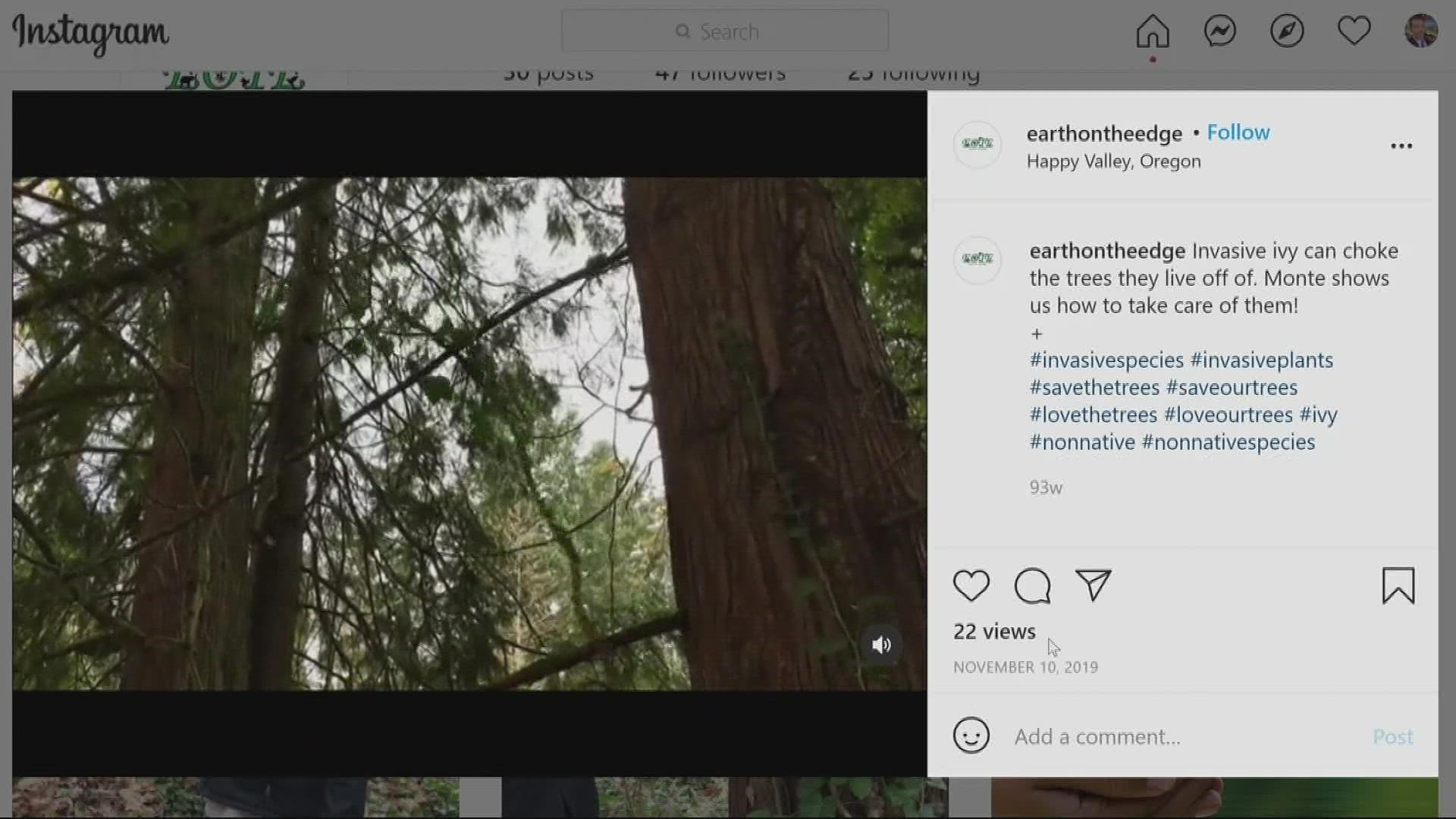 OREGON, USA — A new Oregon nonprofit is taking on an invasive species to save thousands of trees from dying.

Monte Harris is president of Earth On The Edge (EOTE). The organization was born from his efforts at the beginning of the pandemic.

Harris wanted to get out safely into the community and help clean up the local environment. He decided English Ivy was his target.

"It steals the nutrients and water from the trees," Harris said. "Hundreds of thousands of trees that will be dead in 10 years if the ivy's not taken off."

Invasive ivy can grow quickly, smothering trees and blocking them from sunlight in forest canopies.

Accorded to EOTE secretary and advisory board member, Alexander O'Keefe, that scale of tree loss can lead to erosion, the pollution of clean watersheds and increased wildfire risk.

"When you have a lot of choked out trees that are standing up, they're basically kindling waiting to light up," O'Keefe explained.

Harris helped remove ivy from about a thousand trees in Clackamas County, where he says the ivy problem is serious. Clackamas County residents also experienced significant wildfires in September 2020.

"Invasive species as a whole cost billions of dollars each year," O'Keefe said.

Earth On The Edge recently established itself as a nonprofit. It's now working to recruit volunteers to continue ivy removal initiatives and other environmental service projects.

Harris explained saving existing trees contributes to the carbon reuptake that trees do, which slows down climate change.

Recent reports indicate the Pacific Northwest and other parts of the world are in for permanent impacts from climate change, but EOTE wants to inspire hope.

"There's small things we can do every day that make a big difference," advisory board member Eric Cole said.

RELATED: Yes, rising sea levels are threatening coastal areas across the US